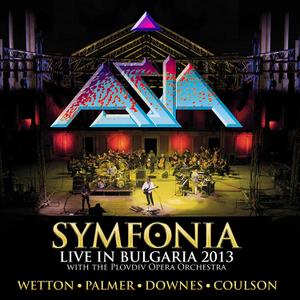 The album was recorded during a special show on September 21st, 2013 during the Sounds of the Ages Festival at the magnificent Second Century Roman Theater in Plovdiv, Bulgaria. On some of the songs during the band’s set, Original Asia was joined by The Plovdiv Philharmonic Orchestra, conducted by Levon Manukian. The show was then aired on Bulgarian National TV the following December 30th, 2013 and it is now presented in its entirety to the fans as a powerful witness of the line-up featuring original members John Wetton, Carl Palmer, Geoff Downes along with Sam Coulson on guitar.