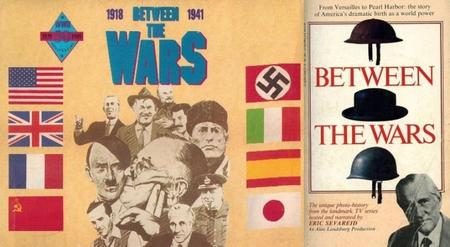 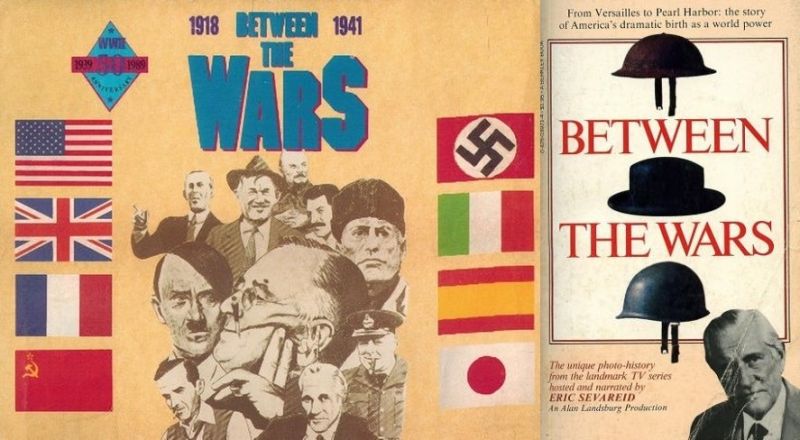 Documentary producer Alan Landsburg Productions created this series of 16 programs, with post-production at Neiman-Tillar Associates, about the history of diplomacy from 1919 - 1941 and how the world failed to learn the lessons of World War I which inevitably led to World War II. This classic series follows the events that sparked the greatest conflict of the century, capturing the drama, the excitement and the ideological juxtapositions of these crucial years. Former CBS News correspondent and commentator Eric Sevareid, one of the world's most respected figures in journalism, presents this extraordinary series featuring stunning original newsreels, soundtracks, and rare archival footage.
While America enjoyed itself in the Roaring Twenties, the world was changing. It was the era of Lucky Lindy, bootleg, Babe Ruth, Valentino and assembly-line Fords. It was also the time of market collapse, Klan meetings, demagogues abroad, Red Scares at home and bread lines. The best of times, the worst of times, and the times in which the United States reluctantly moved center stage. Between the Wars is an innovative 16-part series that examines this crucial time as it progressed from the Armistice in 1918 to the attack on Pearl Harbor in 1941. Tour the globe and revisit all the crucial sites from the U.S., Japan, Russia and Europe. See and hear Hitler, Mussolini, Stalin, Churchill and Roosevelt like never before.
Host Eric Sevareid: He was there! Pioneering newsman Eric Sevareid was, for many, the voice of World War II. He was the first correspondent to report the French surrender to Germany, and was in the thick of combat throughout the Second World War. Uniquely qualified and knowledgeable, Eric Sevareid delivers the intensity and authenticity of someone who was present at every turn.

Part 1: Versailles: The Lost Peace
President Woodrow Wilson's idealistic hopes for world peace through collective security clash at Versailles with the harsh old-world real-politik of Europe, which wanted to punish Germany. The resultant punitive treaty, in effect, sows the seeds of World War II. Mini-biographies of Wilson and his mysterious behing-the-scenes advisor, Colonel Edward House, who compromised Wilson's ideals. The startling effects of Wilson's bout with influenza struck him down during a critical period of negotiations. Wilson was forced to compromise his ideals, but he returned home to fight for ratification of the League of Nations.


Part 2: Return to Isolationism
The ultimate failure of Woodrow Wilson destroys himself in his desperate struggle for the League of Nations. The President and the Senate fight for control of American foreign policy: the Senate wins. Wilson is opposed by a powerful coalition of conservatives like Sen. Henry Cabot Lodge, and his case to the people embarks on a grueling 8,000 mile train trip and suffers a stroke. During his illness, Mrs. Wilson acts as regent, or caretaker president for 17 months. Wilson refuses to compromise on the League of Nations and ironically is responsible for its defeat.


Part 3: The First SALT Talks
The forces favoring peace through disarmament clash with the forces for peace through military strength. In 1921, the world's first major disarmament conference limits the post war arms race, and the most important strategic weapon of the times – the battleship. General Billy Mitchell demonstrates the superiority of air power by bombing obsolete battleships in Chesapeake bay. While the American military remains unconvinced, Japanese observers were extremely impressed as they would later demonstrate at Pear Harbor.


Part 4: Radio, Racism and Foreign Policy
Disillusioned by the horrors of World War I, the U.S. tries to isolate herself from the rest of the world. Strict immigration quotas are imposed and a mistrust of foreigners and minorities ushers in an ugly period of racism and ethnic discrimination. The advent of radio helps to project a standard image of the "good American" but at the same time lets in news of foreign nations.


Part 5: The Great Depression and Foreign Affairs
The Depression is a traumatic national experience which shatters U.S. self-confidence and paralyzes foreign policy, thus leading to further isolationism. The world-wide depression gives rise to national dictators, but we are so preoccupied with domestic problems that we ignore the threat. President Hoover is not equipped to deal with the national crisis. The London Naval Conference insults Japan and when the Japanese invade Manchuria, a preoccupied United States does nothing.


Part 6: FDR and Hitler: the Rise to Power
"The individual does matter in history" – a contrast of the style of FDR and Hitler shows how technological change and individual charisma can change history. FDR uses a new medium (radio) to political advantage; Hitler utilizes the new sound movies. This episode contrasts their economic programs which deal with the Depression and show how each used propaganda (Nazi propaganda and New Deal propaganda). The careers of both men culminated in 1933. Hitler, representing a minority party, was appointed Chancellor and rapidly consolidated his power through propaganda and terrorism. President Roosevelt stood prepared to try new methods of attacking the economic crisis.


Part 7: FDR and Hitler: The Dynamics of Power
Both Hitler and Roosevelt appreciated the value of mass communications. FDR began his series of "fireside chats" to reassure and inform the people while Hitler assigned Josef Goebbels as Minister of Propaganda to control the public through radio and rallies. F.D.R. wished to stabilize the economy and restore confidence to the people. Hitler began extensive rearmament in hopes of national expansion.


Part 8: America in the Pacific: The Clash of Two Cultures
This overview of U.S.-Japanese relationships from the turn of the century until 1933 is a story of conflict. Japan emerged from World War I as a major power, but American diplomats made little effort to understand the Oriental mind. Our Japanese foreign policy, including immigration quotas and protective tariffs, does little to improve relations.


Part 9: The Recognition of Russia: A Climate of Mutual Distrust
From the Bolshevik Revolution in 1917 until the Roosevelt administration officially recognized the U.S.S.R. in the first detente in 1933, American relations with the Soviet Union were mistrustful and hostile. Cold War attitudes can be traced back to this period and the national paranoia over Bolshevism.


Part 10: Latin America: Intervention in Our Own Backyard
FDR's "The Good Neighbor Policy", his greatest foreign policy success, was a key development in reversing the U.S. imperialistic attitude toward Latin America. For over a century, the Monroe Doctrine had been invoked to justify intervention in the Caribbean, Central, and South America. Pan-American relationships deteriorated rapidly until 1933, when the policy in intervention was abolished.


Part 11: The Italian-Ethiopian War: Africa in World Affairs
The short-lived but brutal Italian-Ethiopian War leads to an examination of Italian Fascism, the character of Mussolini and how he came to power. Mussolini ruled with apparent effectiveness and was hailed by leaders of the anti-Communist world until his dreams of empire led him to invade Ethiopia. The incident was one of the chief episodes paving the way for World War II.


Part 12: The Spanish Civil War
The Spanish Civil War was a microcosm of the ideological conflict of this century. When Spanish fascists under Franco rebel against the republican government, full-scale civil war erupts. Mussolini and Hitler send troops to Franco's aid. Soviet support of the Loyalists lends credence to the fascist claim that it is communism they are fighting, and the American public is confused over issues of fascism and communism.


Part 13: The Phony War
Hitler's assumption that England would not go to war to defend Poland triggers World War II. As the Nazis sweep over Europe and launch their air attack on Britain, American public opinion waivers between desire to help Britain and fight to maintain neutrality. The thirties ended with America still unconvinced that its destiny was intertwined with the rest of the world.


Part 14: FDR and Churchill: The Human Partnership
The close personal friendship between Roosevelt and Churchill had a profound effect on the history of the Western world. Roosevelt posted "lend-lease" as the most practical means of allowing the U.S. to remain neutral while arming Britain and her allies. Due to the political wiles of the of the two leaders, the bill was passed against bitter opposition and British morale received en enormous lift.


Part 15: Japan Invades China: Crisis in the Far East
In 1937 Japan was bent on establishing an empire. Encouraged by lack of Western resistance, Japan took control of French Indochina, the Dutch Indies, Burma, Malaya, and the Philippines. By mid-1941, Roosevelt had enforced a total embargo, freezing all assets originating in Japan. In the face of this economic pressure, the Japanese government decided to force the United States into war.


Part 16: War Comes to Pearl Harbor
Some of the great questions that arises from WWII is: Did FDR know in advance about Pearl Harbor? Was the Japanese attack unprovoked? FDR knew that he could not lead a divided nation into war, that the only was the United Stats could enter the war to aid Britain was to be attacked. To the end, the President created an "incident" in the Atlantic over German U-boat attack on the American destroyer, the USS Greer. It pursued the U-boat, reporting its position to the British. Meanwhile, after Japan's invasion of the Dutch Indies, Roosevelt cut off the American oil supply and imposed a total embargo. On November 5, 1941 General Tojo sent two peace options to the United States with the ultimatum that if neither alternative was accepted Japan would declare war. The United States rejected both proposals. One morning later, on December 7, 1941, Japan bombed Pearl Harbor.

also You can find my last: World War 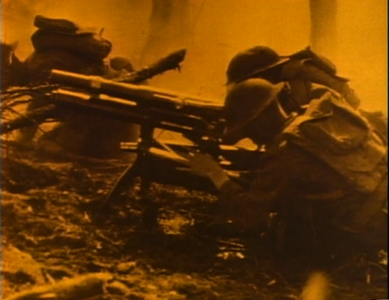 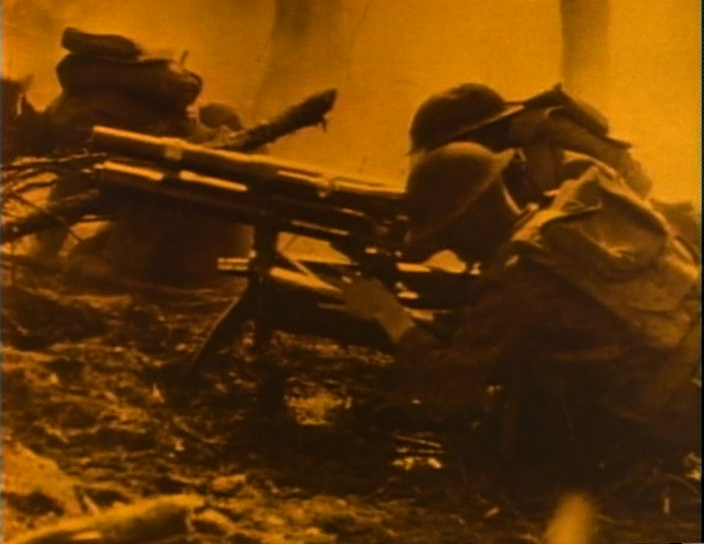 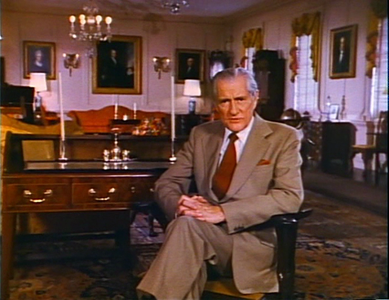 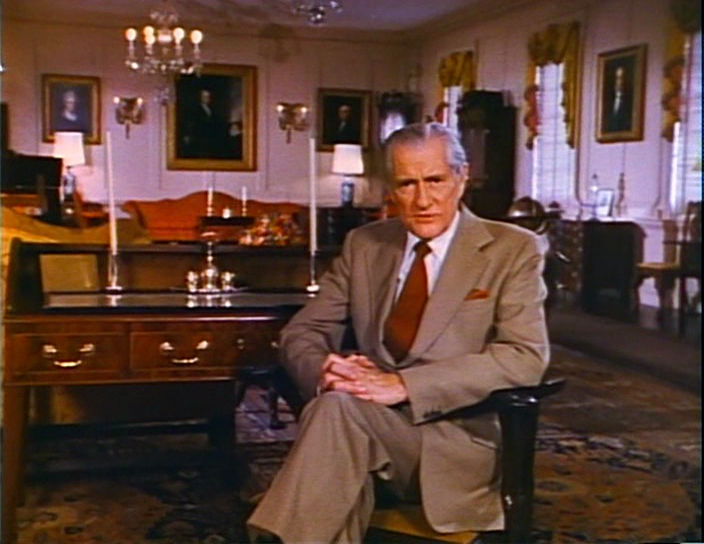 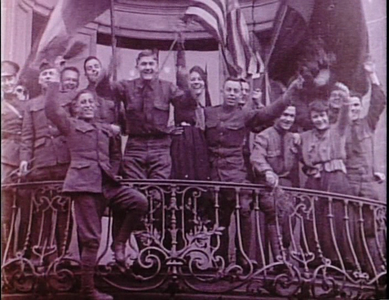 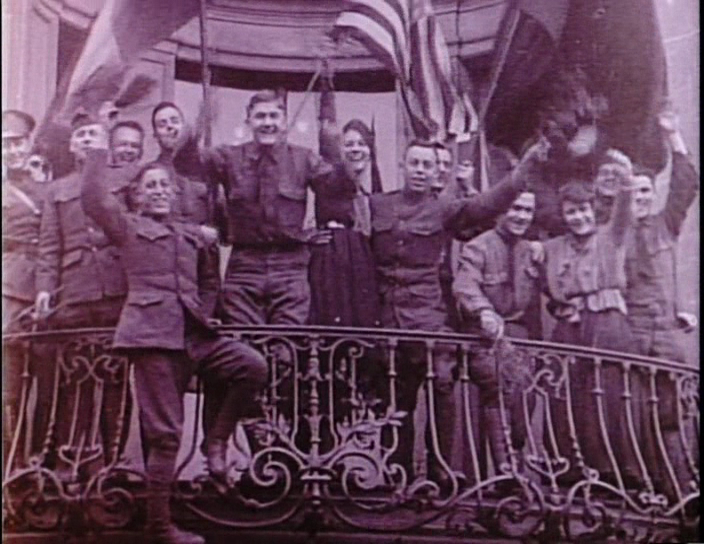