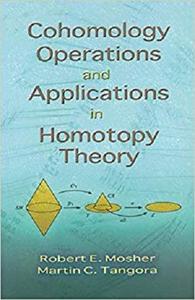 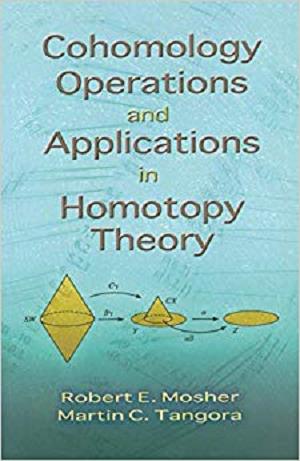 Cohomology Operations and Applications in Homotopy Theory (Dover Books on Mathematics) by Robert E. Mosher
English | June 26, 1968 | ISBN: 0486466647 | 224 pages | PDF | 6.70 Mb
Cohomology operations are at the center of a major area of activity in algebraic topology. This technique for supplementing and enriching the algebraic structure of the cohomology ring has been instrumental to important progress in general homotopy theory and in specific geometric applications. For both theoretical and practical reasons, the formal properties of families of operations have received extensive analysis.
This text focuses on the single most important sort of operations, the Steenrod squares. It constructs these operations, proves their major properties, and provides numerous applications, including several different techniques of homotopy theory useful for computation. In the later chapters, the authors place special emphasis on calculations in the stable range. The text provides an introduction to methods of Serre, Toda, and Adams, and carries out some detailed computations. Prerequisites include a solid background in cohomology theory and some acquaintance with homotopy groups.