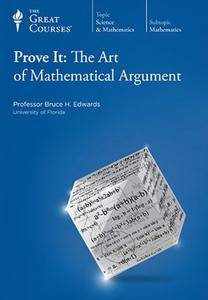 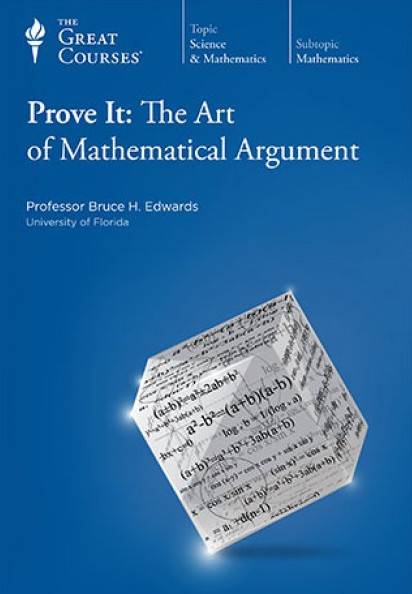 Mathematical proof is the gold standard of knowledge. Once a mathematical statement has been proved with a rigorous argument, it counts as true throughout the universe and for all time. Imagine, then, the thrill of being able to prove something in mathematics. The experience is the closest you can get to glimpsing the abstract order behind all things.


Show Full Description
Only by doing a proof can you reach the deep insights that mathematics offers—that tell you why something is true, not merely that it is true. Such insights are invaluable for getting a grasp of the key concepts in every branch of mathematics, from algebra to number theory, from geometry to calculus and beyond.

And by advancing from one proof to a related one, you begin to see how mathematics is a magnificent, self-consistent system with unexpected links between different ideas. Moreover, this system forms the foundation of fields such as physics, engineering, and computer science.

But you don’t have to imagine the exhilaration of constructing a proof. You can do it. You can prove it! Consider these proofs that are not only profound and elegant, but easily within reach of anyone with a background in high-school mathematics:

The square root of 2: Can the square root of 2 be expressed as a rational number—that is, as a fraction of two integers? The proof discovered by the ancient Greeks had dangerous consequences for one mathematician.
Gauss’s formula: What is the sum of the first 100 positive integers? As a child, the great mathematician Carl Friedrich Gauss discovered that the solution has a simple formula, which can be proved in several different ways.
Geometric series: Is the repeating decimal 0.99999… less than 1? Or does it equal 1? The proof surprises many people and provides a launching point into the analysis of infinite geometric series in calculus.
Countably infinite sets: An eye-opening proof shows that the set of all rational numbers is the same size as the set of all positive integers, even though there are infinitely many rational numbers between two consecutive integers.

Mathematicians marvel at the clarity that comes from completing a proof. It is as if a light has suddenly switched on in a dark room, bringing simplicity and understanding to what was formerly obscure and confusing. And since research mathematicians spend much of their time working on proofs, you can get a feel for what it’s like at their esoteric heights by putting pencil to paper and working out elementary proofs.

Prove It: The Art of Mathematical Argument initiates you into this thrilling discipline in 24 proof- and information-filled lectures suitable for everyone from high school students to the more math-savvy. The course is taught by award-winning Professor Bruce H. Edwards of the University of Florida. The author of many widely used textbooks, Professor Edwards has a knack for making mathematics as exciting to his audience as it obviously is to him.

In the course, Professor Edwards walks you through scores of proofs, from the simple to the subtle. The accompanying guidebook includes additional practice problems that help you gain confidence and mastery of a challenging, satisfying, and all-important mathematical skill.

The modern concept of mathematical proof goes back 23 centuries to the Greek mathematician Euclid, who introduced the method of proving a conjecture by starting from axioms, or propositions regarded as self-evidently true. Once proved by logic, a conjecture is called a theorem. The beauty of Euclid’s system is that the same conjecture can often be proved in markedly different ways.

In Prove It: The Art of Mathematical Argument, Professor Edwards introduces you to the principles of logic to give you the tools to reason through a proof. Then he surveys a wide range of powerful proof techniques, including these:

Direct proof: Start with a hypothesis, do some math, then arrive at the conclusion. This is the most straightforward approach to a proof and is based on the simple logical relation, “P implies Q.”
Proof by contradiction: Assume that a mathematical proposition is false. If that leads to a contradiction, then it must be true. Using this technique, Euclid devised an elegant proof showing the true nature of the square root of 2.
Induction: Logical induction is used to prove that a given statement is true for all positive integers. The first step is to prove a “base case.” This case establishes that the next case is true, and the next, and the next, ad infinitum.
Visual proof: Sometimes geometric figures can be used to show that a mathematical conjecture must be true. One such “proof without words” is credited to James A. Garfield, who later became president of the United States.

A teacher with a knack for bringing abstract material down to earth, Professor Edwards has many practical tips to help sharpen your proof-writing skills. For example,

First things first: Before you try to prove a conjecture, stop and ask yourself if it makes sense. Do you believe what is being proposed?
Try some examples: Plug in numbers. You may see right away that the conjecture is true and that you’ll be able to prove it.
Know where you’re going: Keep your goal in mind as you work on a proof. Use scratch paper to jot down ideas. Often, you’ll see the way to a proof.
Don’t be daunted: When you’re studying a finished proof, remember that you don’t see the mathematician’s notes. The proof could be easier than it looks.

Throughout the course, Professor Edwards tells stories behind famous proofs. For example, the Four Color theorem says that no more than four colors are needed to color the regions of a map so that no two adjacent areas have the same color. It’s simple to state, but attempts to prove the Four Color theorem were fruitless until 1976, when two mathematicians used a computer and a technique called enumeration of cases to solve the problem. You get a taste for what’s involved by working through several simpler proofs using this technique.

You also hear about celebrated paradoxes in which logic leads to baffling conclusions, such as Bertrand Russell’s paradox that shook the foundations of set theory. It involves a barber who cuts the hair of all the people who do not cut their own hair—in which case, who cuts the barber’s hair?

And often in Prove It: The Art of Mathematical Argument, you’ll come across unproven conjectures—deep problems that are so far unsolved, despite the efforts of generations of mathematicians. It just goes to show that there are unending adventures ahead in the thrilling quest to prove it! 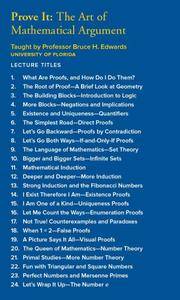 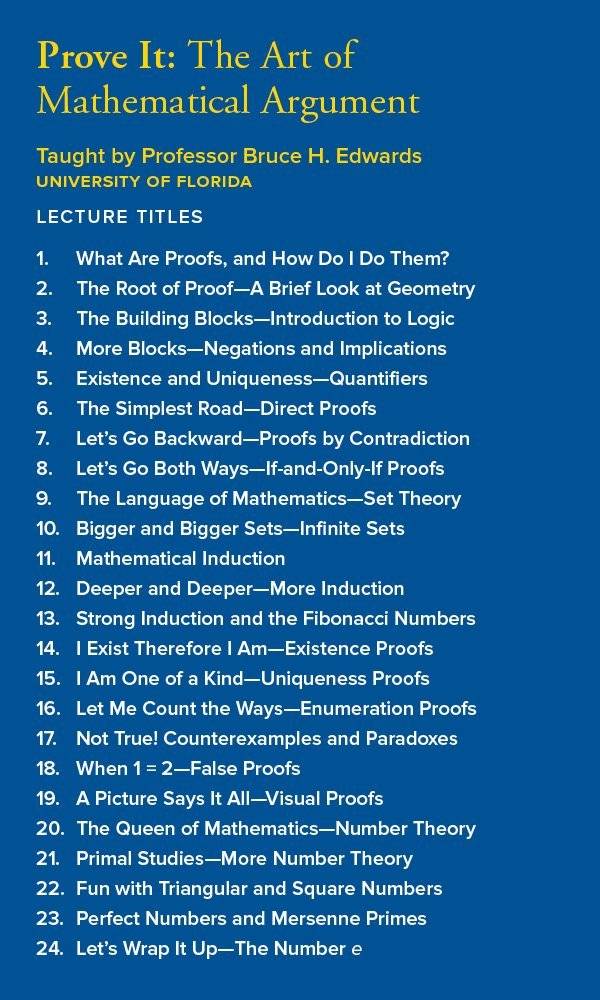 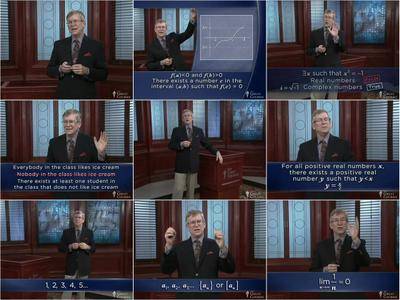 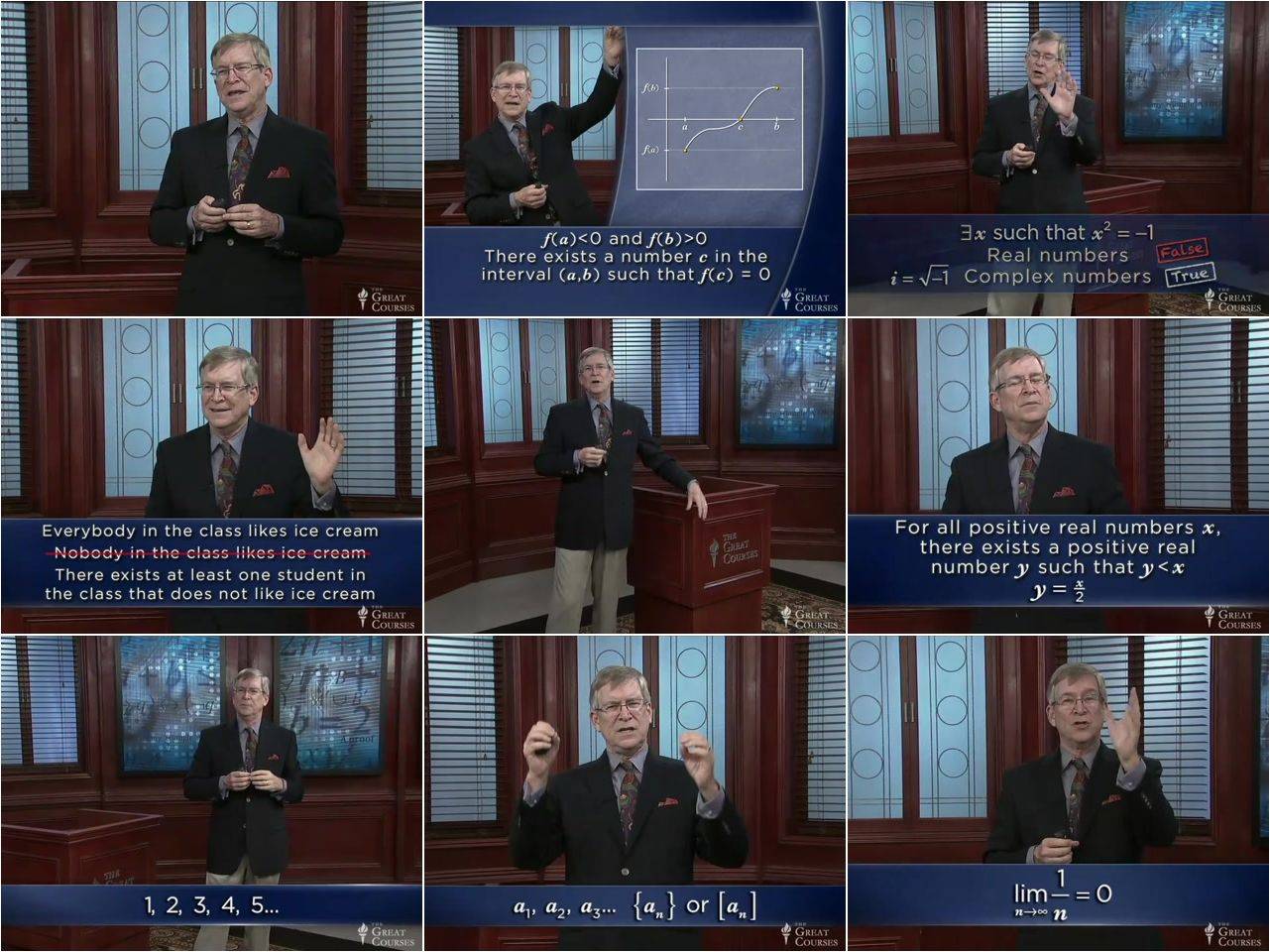