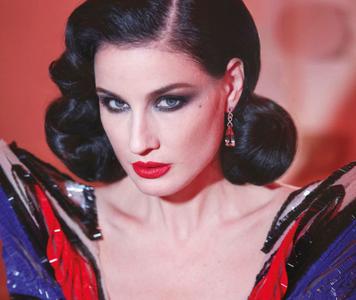 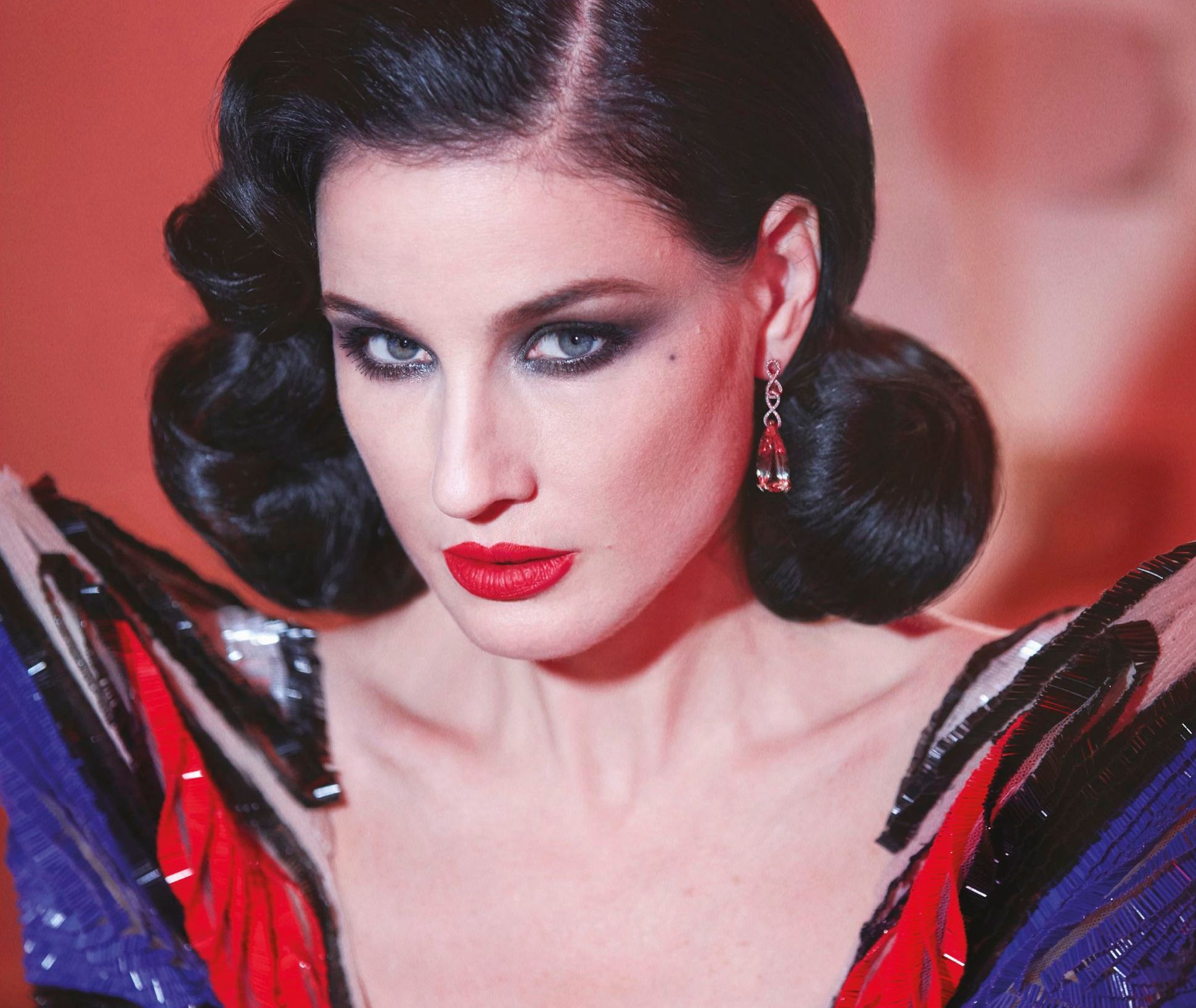 Von Teese achieved some level of recognition in the fetish world as a tightlacer. Through the wearing of a corset for many years, she had reduced her natural waistline to 22 inches (56 cm), and can be laced down as far as 16.5 inches (42 cm). Von Teese stands at 5 ft 5" (165 cm.) and weighs 114 pounds (52 kg).
Von Teese appeared on a number of fetish magazine covers, including Bizarre and Marquis. It was around this time when she appeared on the cover of Midori's book, The Seductive Art of Japanese Bondage.
Von Teese was featured in Playboy in 1999, 2001 and 2002, with a cover-featured pictorial in 2002.
The German metal band Atrocity chose her as the cover model for their 2008 album, Werk 80 II. 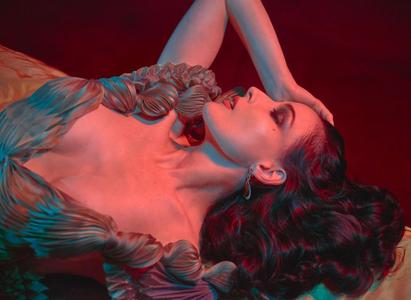 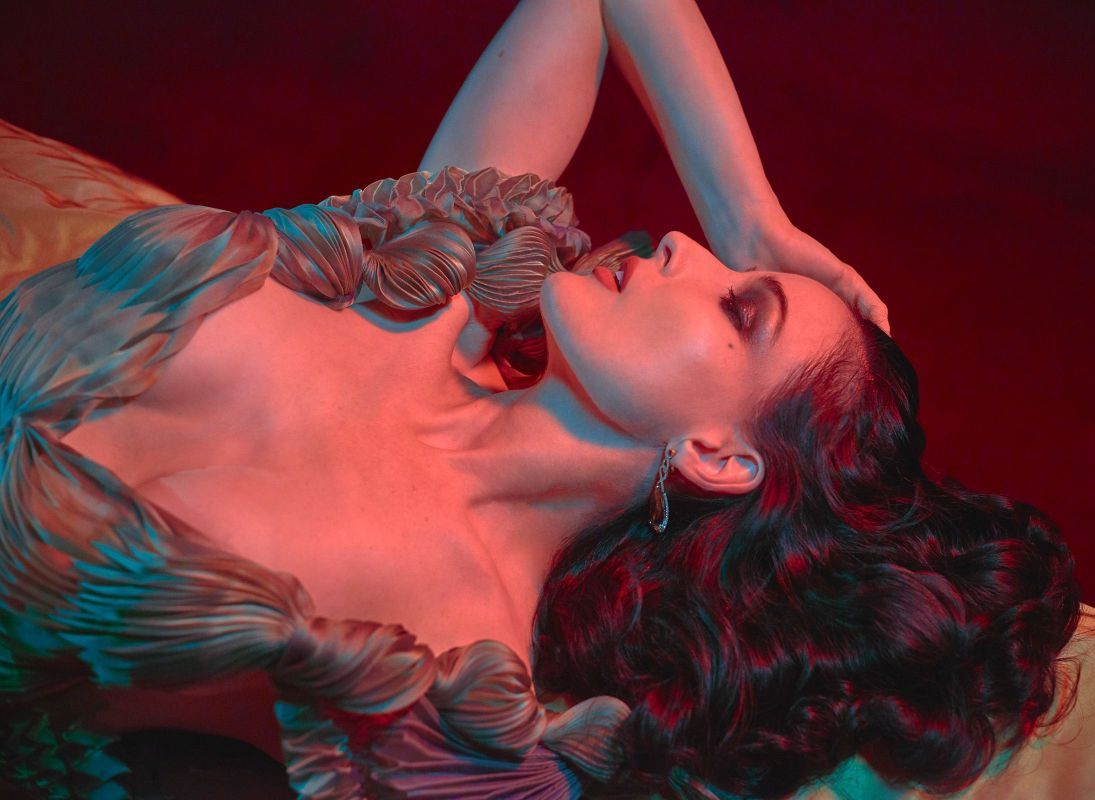