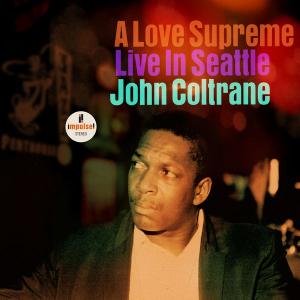 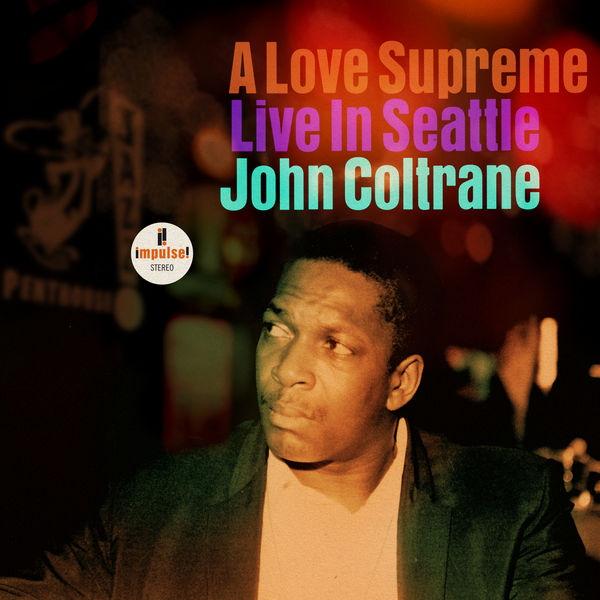 This is a monumental recording. Not just in the sense of its historical import—and there is quite a bit of that—but also in the sense of its sheer sonic impact. This live set, recorded on the last of a six-night stand at Seattle's Penthouse jazz club in early autumn 1965, documents one of the very few times that Coltrane would perform the entirety of A Love Supreme in a concert setting. The group that recorded Supreme in the studio—Coltrane, McCoy Tyner, Jimmy Garrison, Elvin Jones—was expanded to include two additional members, Pharoah Sanders and Donald Rafael Garrett, at the conclusion of some shows in San Francisco. Coltrane was so inspired by the musical magic this sextet was making, he paid for the group to be recorded during their Seattle shows. One night of those shows—the September 30 gig—had already been previously released as the Live in Seattle album, featuring atomic-bomb-level explosions of raw, free-jazz intensity like "Evolution" and "Cosmos." However, this October 1 show (recorded for posterity by local Seattle jazz legend Joe Brazil) is just now seeing the light of day and is simultaneously more contained and more exploratory than the previous night's material. Unbelievably, the already beefy Coltrane sextet that was on tour was further augmented by alto sax player Carlos Ward. With seven gifted improvisers on stage, a paradigm-shifting composition to riff on, and a fiery wind of spiritual and musical inspiration at their back, the musical results are otherworldly. A Love Supreme in this form on this night is nearly twice as long as the version that Coltrane and his core quartet recorded in the studio in late 1964, incorporating fresh interludes, expansive solos, and, somewhat notably, quite a bit more breathing room for the players. (About midway through "Pursuance," one can almost feel the band leaning back to give Tyner time to shine on his piano while they recover their faculties and give the crowd a second to realign their perspectives.) While still dizzyingly intense and occasionally overwhelming, the expanded palette Coltrane and the band are working with here gives the piece more life and warmth than in its studio version, but also quite a bit more focus than the other, more abrasive material he was playing at the time. The recording itself belies little of its casual origins, and the sound quality is remarkably high, with plenty of dynamics and room tone, putting the listener right in the eye of the storm. It's an absolutely challenging and rewarding journey that Coltrane took the audience on this evening, and it's a real gift that we get to experience it more than half a century later.