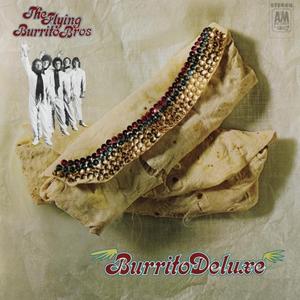 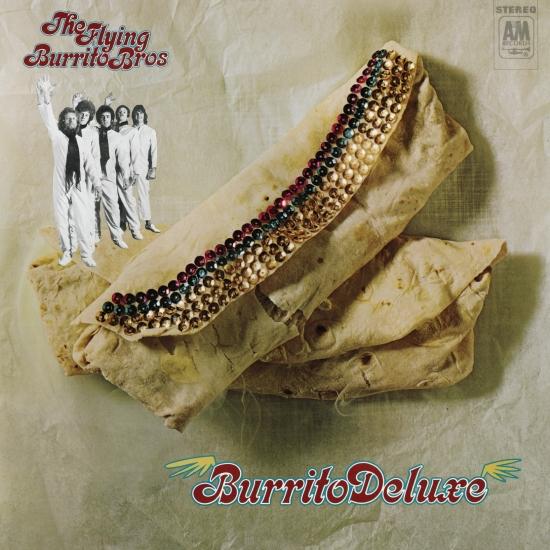 Burrito Deluxe is the second album by the country rock group the Flying Burrito Brothers, released in May 1970 on A&M Records, catalogue 4258. It is the last to feature Gram Parsons prior to his dismissal from the group. It contains the first issued version of the Mick Jagger/Keith Richards-written song "Wild Horses," released almost a year before The Rolling Stones own take on it appeared on Sticky Fingers.

"Gram Parsons had a habit of taking over whatever band he happened to be working with, and on the first three albums on which he appeared – the International Submarine Band's Safe at Home, the Byrds' Sweetheart of the Rodeo, and the Flying Burrito Brothers' The Gilded Palace of Sin – he became the focal point, regardless of the talent of his compatriots. Burrito Deluxe, the Burritos' second album, is unique in Parsons' repertoire in that it's the only album where he seems to have deliberately stepped back to make more room for others; whether this was due to Gram's disinterest in a band he was soon to leave, or if he was simply in an unusually democratic frame of mind is a matter of debate. But while it is hardly a bad album, it's not nearly as striking as The Gilded Palace of Sin. Parsons didn't deliver many noteworthy originals for this set, with "Cody, Cody" and "Older Guys" faring best but paling next to the highlights from the previous album (though he was able to wrangle the song "Wild Horses" away from his buddy Keith Richards and record it a year before the Rolling Stones' version would surface). And while the band sounds tight and they play with genuine enthusiasm, there's a certain lack of focus in these performances; the band's frontman sounds as if his thoughts are often elsewhere, and the other players can't quite compensate for him, though on tunes like "God's Own Singer" and a cover of Bob Dylan's "If You Gotta Go," they gamely give it the old college try. Burrito Deluxe is certainly a better than average country-rock album, but coming from the band who made the genre's most strongly defining music, it's something of a disappointment." (Mark Deming, AMG)