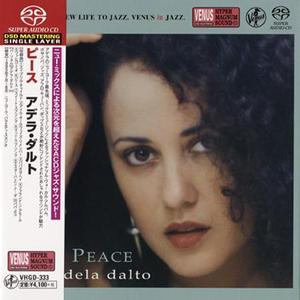 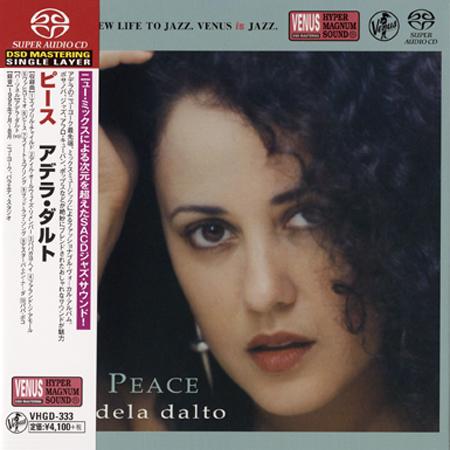 
Adela Dalto has been immersed in the highest levels of creative Latin and Brazilian music and has mixed the sophisticated elements of this music with American jazz. Her Latin jazz repertoire also includes her original compositions, combining beautiful vocal sounds with fiery rhythms. Adela fell in love with pianist/composer Horace Silver's "Peace" when she was working with a Latin-jazz group and looking for interesting songs. She quickly added it to her repertoire. Adela’s version, perhaps the definitive jazz vocal rendering, features a tenor solo by Dick Oatts, a veteran of the Mel Lewis Jazz Orchestra.

The sister of late Latin jazz pianist Jorge Dalto, Adela Dalto has claimed her own ground as a powerful R&B and jazz vocalist. Having honed her skills through years of performing in small New York clubs, her rise to international stardom was boosted by her involvement with her brother's group, the InterAmerican Band. She was featured soloist on the tune, "Ease My Pain", from the group's 1985 album, Urban Oasis. One of her first performances was as a backup singer for Celia Cruz, and she has since performed with some of the top Latin Jazz artists including Arturo O'Farrell, Mario Bauza's Afro Cuban Jazz Orchestra and Carlos "Patao" Valdez. Her recordings include world class musicians such as Chucho Valdez, David Sanchez, Jerry Gonzalez, David Valentin, Ray Vega and Claudio Roditi. She has collaborated on albums with Mario Bauzá, Lee Konitz, and Aloisio Aguiar. She has performed around the world with her musical group including the U.S., Latin America, the Caribbean, Europe, Japan, China, Indonesia and Egypt.