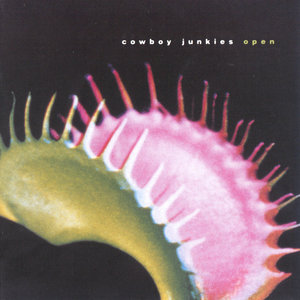 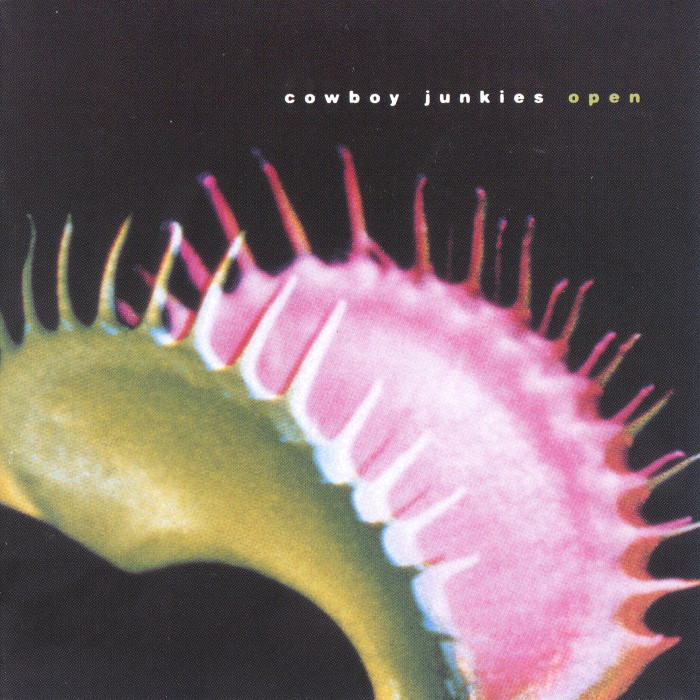 Open is an album by the Canadian band Cowboy Junkies, released in 2001. It was the band's third independent release after the end of their contract with Geffen Records, and the first of those to feature new material. The title of the album, Open, has dual meanings. One meaning is being open in a way that is dangerous, and the other meaning is the beneficial idea of open arms, open smile. Perennial art director David Houghton used an image of a venus flytrap to express both meanings. The plant is wide open, ready to catch its prey, being both open and threatening.

Cowboy Junkies have a sound, a vibe. There's no denying it. You can tell it's them within a few notes and each successive record seems to pick up right where the last one left off. Some, like The Trinity Sessions, are dark, moody, and mellow, like being coated in honey and draped in velvet. Others, take Pale Sun, Crescent Moon for example, seem downright energetic in comparison. Open is more in line with the first batch, though it has moments of near-enthusiastic revelry. With Alan Anton's plump (rather than phat) basslines, Peter Timmins' laid-back drumming, and Michael Timmins' dirty guitars to ride on, Margo Timmins contributes her trademark sensual, yet understated vocal performances. The whole gang sounds as good as ever. And, although he may be called a songwriter, Michael Timmins is more a true poet with musical inclinations. Full of wonder and romance, fear and passion, Open is simply the next chapter in his sublime book of heartfelt verse. The compassionate tenderness of "Thousand Year Prayer" contrasts nicely with the harmonica and feedback duel of "Dragging Hooks." And darn if "I'm So Open" doesn't bounce right along on a little groove. They've got it all here. If nothing else, this band is one of the most consistent around. Though album sales may not always reflect it, they continually deliver strong records that refuse to be faulted for anything other than being non-mainstream.