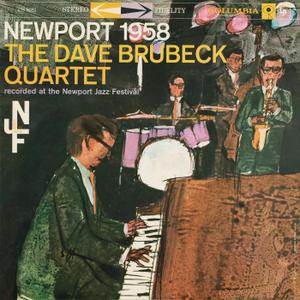 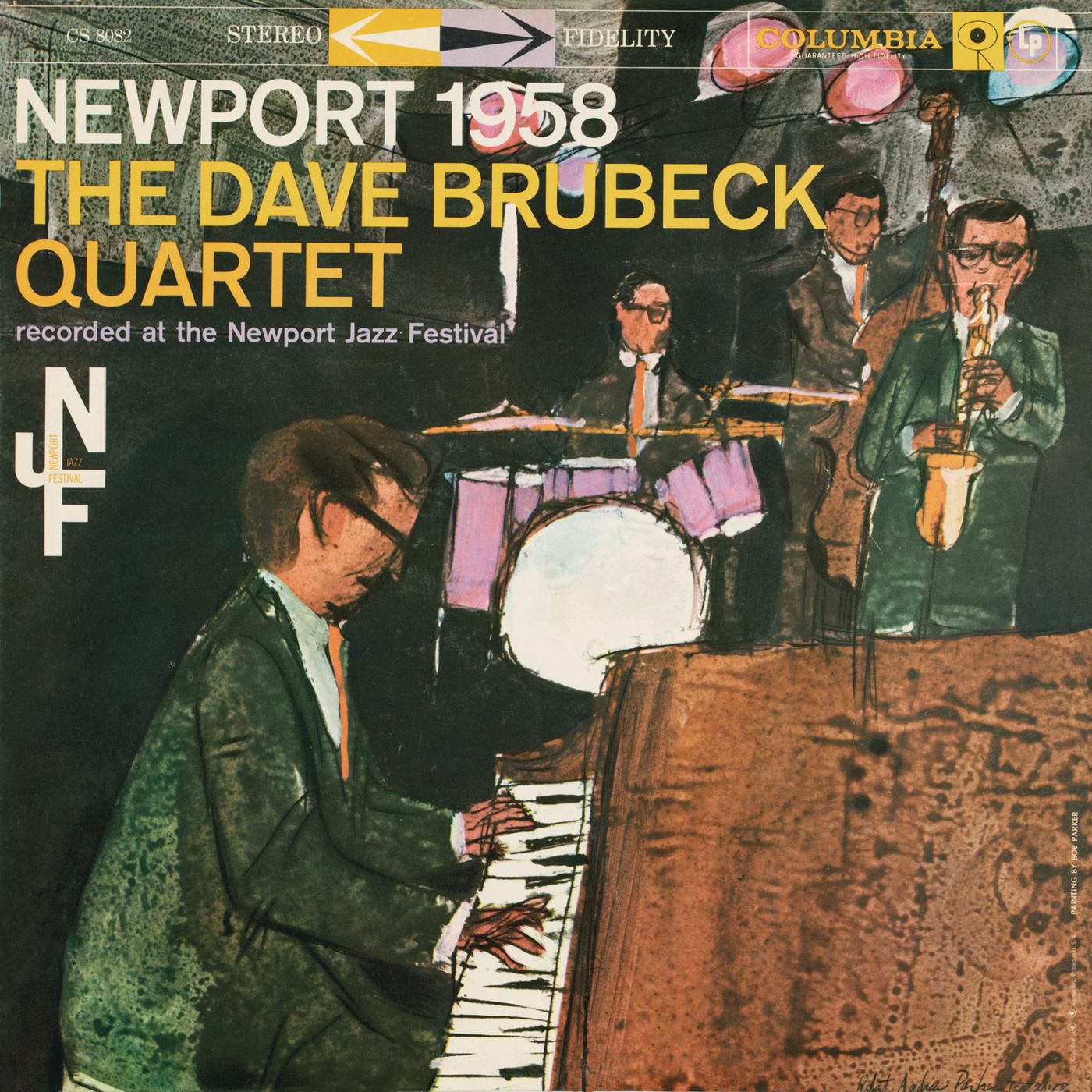 "Newport 1958" is a live album by pianist Dave Brubeck and his quartet recorded at the 1958 Newport Jazz Festival in Rhode Island of music by and associated with Duke Ellington. Several of the tracks were later re-recorded in New York City due to sound problems with the live Newport recordings.

These performances by the Dave Brubeck quartet recorded in 1958 during the opening night of Newport's Jazz Festival, are an impressive tribute to Duke's music, and among the very best of the Brubeck quartet offerings. His undeniably individualistic piano is strong, assertive and imaginative, while Paul Desmond is eloquence personified, his playing full of the subtlety and taste for which he was rightly celebrated, everywhere lyrical, beautifully conceived, liquid in tone, and utterly relaxed in execution. Joe Morello's impeccable taste and invention in support and as a soloist underlines how valuable he was to the Brubeck quartet. And, with Joe Benjamin, he is part of a thoroughly relaxed rhythm section.

This 1958 set by the Dave Brubeck Quartet comes from the Newport Jazz Festival on a day which served as a tribute to Duke Ellington, with each band playing a set primarily drawn from Ellington's vast repertoire. Alto saxophonist Paul Desmond and drummer Joe Morello are in top form, as is bassist Joe Benjamin (who first worked with Ellington in 1951 and was his regular bassist from 1970 to 1974) who substitutes for Eugene Wright. The inspired choice of "Jump for Joy" makes for some of the most magical moments, while "Perdido" provides an extended workout for Desmond and Brubeck. "Liberian Suite Dance No. 3" is oddly described in the liner notes as coming from Black, Brown and Beige, though it is actually one movement of Ellington's Liberian Suite, which was premiered in late 1947 and quickly dropped from his repertoire. Brubeck's "The Duke," an elegant tribute to Ellington that showcases Desmond's lyrical alto and the exciting finale of "C Jam Blues" (the latter spotlighting Morello are also highlights.