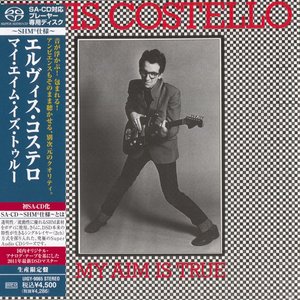 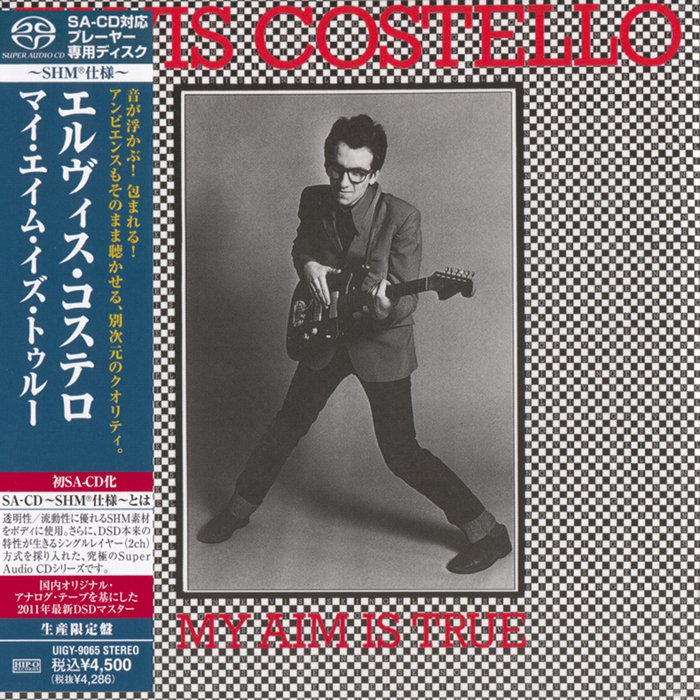 My Aim Is True is the Platinum-certified debut album by English singer-songwriter Elvis Costello. The album was recorded at Pathway Studios in Highbury, London Borough of Islington, over the course of 1976 six four-hour studio sessions, in a total of approximately twenty-four hours. It was the first of five consecutive Costello albums produced by Nick Lowe and cost £2,000 to record. In 1977 Rolling Stone magazine named the album one of the best of the year. In 2003, the album was ranked number 168 on Rolling Stone magazine's list of The 500 Greatest Albums of All Time. In 2004, it was ranked 37 of the top 100 albums of the 1970s by Pitchfork which said the album was "held by many as the most impressive debut in pop music history". In 2007, the album was inducted into the Grammy Hall of Fame.

Elvis Costello was as much a pub rocker as he was a punk rocker and nowhere is that more evident than on his debut, My Aim Is True. It's not just that Clover, a San Franciscan rock outfit led by Huey Lewis (absent here), back him here, not the Attractions; it's that his sensibility is borrowed from the pile-driving rock & roll and folksy introspection of pub rockers like Brinsley Schwarz, adding touches of cult singer/songwriters like Randy Newman and David Ackles. Then, there's the infusion of pure nastiness and cynical humor, which is pure Costello. That blend of classicist sensibilities and cleverness make this collection of shiny roots rock a punk record – it informs his nervy performances and his prickly songs. Of all classic punk debuts, this remains perhaps the most idiosyncratic because it's not cathartic in sound, only in spirit. Which, of course, meant that it could play to a broader audience, and Linda Ronstadt did indeed cover the standout ballad "Alison." Still, there's no mistaking this for anything other than a punk record, and it's a terrific one at that, since even if he buries his singer/songwriter inclinations, they shine through as brightly as his cheerfully mean humor and immense musical skill; he sounds as comfortable with a '50s knockoff like "No Dancing" as he does on the reggae-inflected "Less Than Zero." Costello went on to more ambitious territory fairly quickly, but My Aim Is True is a phenomenal debut, capturing a songwriter and musician whose words were as rich and clever as his music.