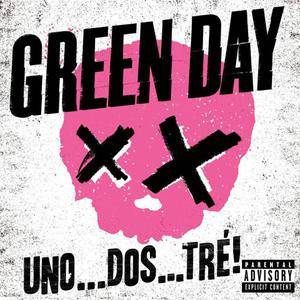 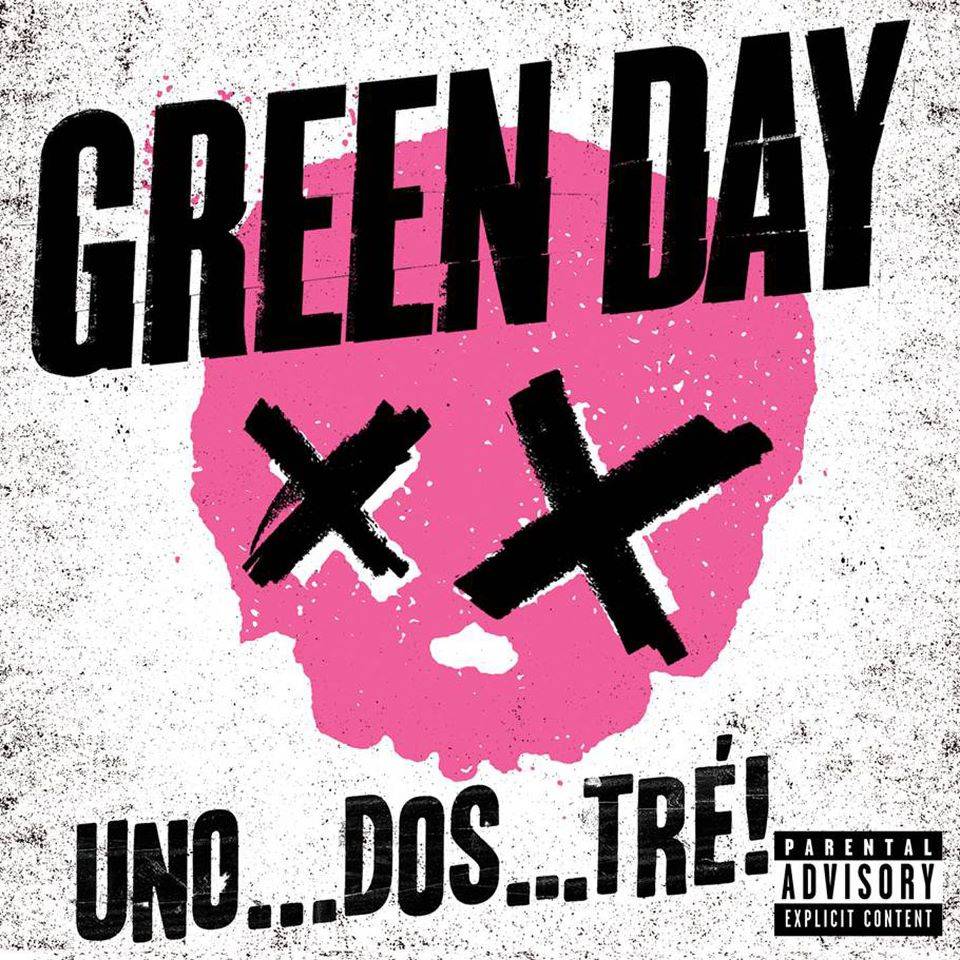 "Uno… Dos… Tré!" is compilation box set by American rock band Green Day. It contains the full trilogy that have been released digitally in 2012. For the Hi-Res version have been used a different mastering (less compressed) than have been presented on a regular CDs of these albums. 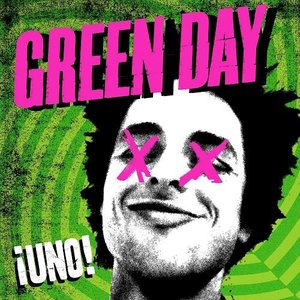 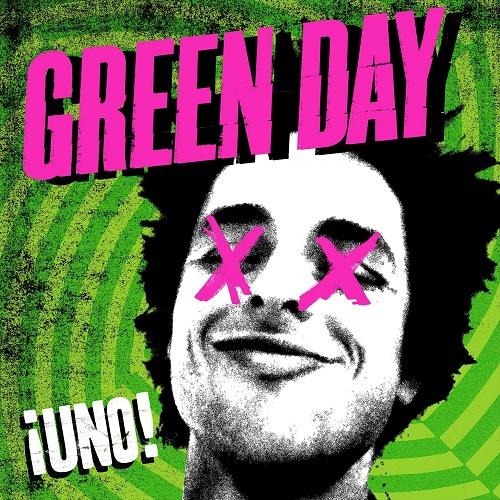 Uno! is the highly-anticipated ninth studio album by American punk rock legends, Green Day. It is the first installment of a new series that will be released through January 2013. This punk-pop effort finds the trio producing their most cohesive record to date, incorporating engaging hooks, pulsating rhythms and crisp sounds. Billie Joe Armstrong belts with furious precision. Uno! includes standouts “Let Yourself Go,” “Stay The Night” and “Angel Blue.” The album packs all the punch one has come to expect from Green Day.

Green Day's new millennium elevation to Very Important Band is so complete that when they decided to return to their frivolous punk roots they couldn't do it in a small way. They started to knock out a bunch of garage punk tunes and wound up with not one but three collections of punk-pop: a trilogy entitled ¡Uno!, ¡Dos!, ¡Tré!, each released within a couple months of one another. For as many passing references to the Clash as there are on ¡Uno! – musical and lyrical, with the opening "Nuclear Family" alluding to the riff of "Safe European Home" and "Rusty James" talking about the "last gang in town" – this is no Sandinista!, as it finds Green Day shrinking their world, not expanding it. This is all power pop and three-chord rockers, the tempo insistent and the hooks spiky and sharp; the only time things let up is at the end with "Oh Love," an arena filler so indebted to the Who that Billie Joe Armstrong winds up referencing "Love Reign O'er Me." Even then, the sound is big, crisp, and clean, as it is throughout ¡Uno!, and that clarity undercuts some of the punkiness of Green Day's intentions. Compared to their busman's holiday Foxboro Hot Tubs, ¡Uno! seems well-pressed and tidy, every note and every rhythm in its right place, and while that inspired recklessness is missed, this brisk, cheerful collection of pop is a relief after the operatic ambitions of 21st Century Breakdown. The hooks fly furiously, the attack is precise – so precise that the mock dance-rock of "Kill the DJ" almost plays like a Xerox of Franz Ferdinand (it also is the one explicitly political song here, as if the trio members wanted to hide their intentions) – and the hooks, in both the melodies and riffs, are so huge, they gleefully bludgeon doubters into blissful submission. It's the work not of punks but of road warriors eager to have a new batch of crowd-pleasers out on tour.

About Mastering: Uno! was a 96/24 multi-track digital session mixed through an analog desk with analog EQ and analog effects. It was delivered to Ted Jensen at Sterling Sound in NYC as 96K digital mixes and mastered at 96/24. 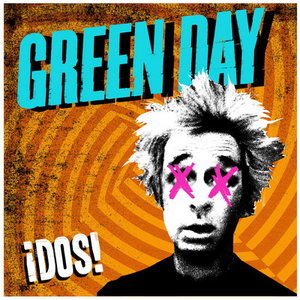 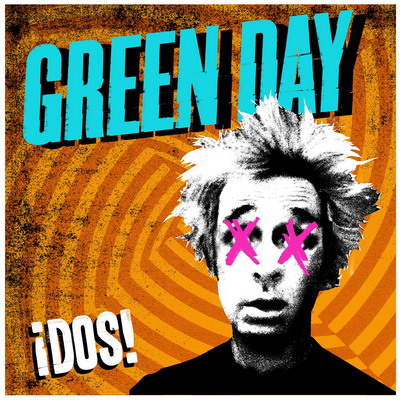 Two days after the release of Uno, the first installment of an ambitious punk-pop trilogy from Green Day, Billie Joe Armstrong checked into rehab for various substance problems, problems that reached a head during an on-stage meltdown at a radio festival the weekend prior to the album's release. Needless to say, the band's complicated plans for 2012 and 2013 were adjusted, with the supporting tour scrapped and the concluding LP Tre! moved up from January to December. Amidst the chaos, the one thing unaffected was Dos!, which appeared according to schedule in November of 2012. While certainly cut from the same cloth as Uno!, Dos! has a different feel than its cousin. Green Day pushed all of their Who-inflected arena rock onto the first of the albums, leaving Dos! a high-octane collection of garage pop and hooky punk. At the outset, Billie Joe declares it's "Fuck Time," and he's not entirely kidding, either. This is the "Makeout Party" album, a breakneck sprint through songs about girls ("Ashley," "Amy"), wild ones, and "Nightlife," the latter awkwardly incorporating a rap from Lady Cobra. Armstrong spits out profanities as he thrashes on his guitar, pounding out hooks that dig in immediately, possibly because they recall anything from '60s frat-rock to '70s punk. In that sense, Dos! recalls Green Day's terrific 2008 busman's holiday Foxboro Hot Tubs (indeed, "F*** Time" began as a FHT song), but this feels more hedonistic, even if the production is crisper and clearer than Stop Drop and Roll!!!! Maybe it's all due to the knowledge of Armstrong's post-recording breakdown, but he feels positively desperate to have a good time at all costs, grasping for a quickly fading past. Clearly, all the partying caught up to him, but while he was racing recklessly, he cut this terrific little party record.

About the Mastering: Dos! was a 96/24 multi-track digital session mixed through an analog desk with analog EQ and analog effects. It was delivered to Ted Jensen at Sterling Sound in NYC as 96K digital mixes and mastered at 96/24. 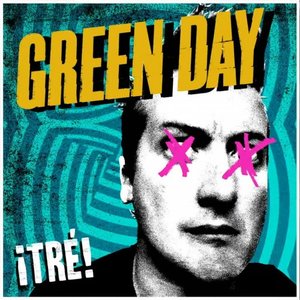 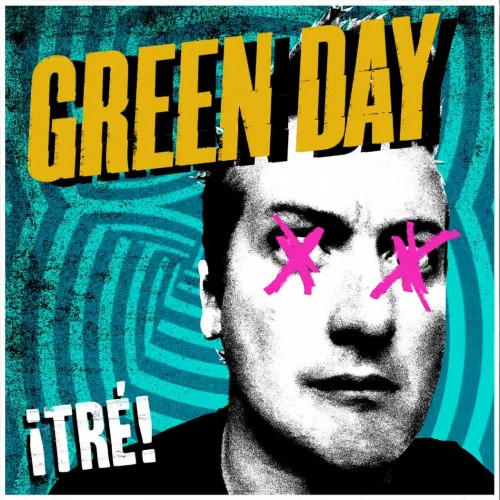 Arriving earlier than expected but last as planned, Green Day's third album of 2012 concludes their pop-punk trilogy not on a triumphant note but on one of confusion. Green Day's blueprints for 2012 and beyond may have been trashed by Billie Joe Armstrong's unexpected entry into rehab but that doesn't alter the albums themselves, which aren't necessarily a carefully constructed trilogy but rather an outpouring of energy, the group pushing out every completed song it had. ¡Tré!'s two predecessors had clear identities: ¡Uno! was the arena rock record; ¡Dos! was the punk-garage lark. In contrast, ¡Tré! feels like leftovers, the songs that didn't fit either theme, a collection of songs capturing the band at its loosest and poppiest, throwing away tunes without much care. It's hookier and not as ponderous as ¡Uno! but not quite as breakneck as ¡Dos!, never delving into the sleaze of "Fuck Time," never feeling like a last grasp at adolescence the way ¡Dos! did at its best. Instead, ¡Tré! is a morning-after record, sometimes regretful, sometimes unrepentant, divided between unapologetic partying and amends for their wayward ways. On the whole, ¡Tré! winds up on the happier side of the scale: the rhythms are insistent, the hooks immediate, the veneer bright and cheerful, never once regretting the chaos that happened the night before. But underneath this good time is the slight, perhaps unconscious, admission that things cannot continue as they did before. There is not the desperation or the hedonistic pulse that ran through ¡Dos!, but rather a shrugging admission that the time for partying is over. So there's a bittersweet undertow to ¡Tré!, a feeling underscored by Armstrong's rehab: he could no longer continue trying to recapture his youth, but dammit if he doesn't come close to doing so at times throughout ¡Tré!

About the Mastering: Tré! was a 96/24 multi-track digital session mixed through an analog desk with analog EQ and analog effects. It was delivered to Ted Jensen at Sterling Sound in NYC as 96K digital mixes and mastered at 96/24.