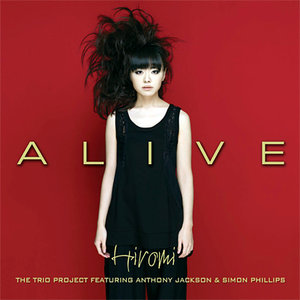 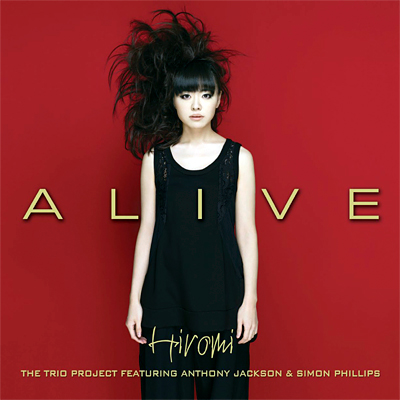 Over four years of traveling and two previous recordings, Japanese pianist Hiromi Uehara and her Trio Project, with contrabass guitarist Anthony Jackson and drummer Simon Phillips, have become one of the finest units in contemporary jazz. Their particular prowess lies in seamlessly performing the pianist's knotty, technically challenging, often unpredictable compositions; they are also a closely united group of improvisers. Alive, co-produced by Hiromi and Michael Bishop, was cut over three days. The long title track is filled with unexpected twists, turns, and harmonic feints that lead through a labyrinth of classical, post-bop, and fusion-like segments. Phillips' drumming is outstanding, propulsive, and insistent; it underscores Hiromi's piano vamps and solos and foreshadows seismic shifts in the composition. "Wanderer" is classically inspired in its elaborate use of solo and group counterpoint. It transforms quickly toward swinging post-bop halfway through. The elegant melodic line in "Dreamer" is framed by double-timed floor tom and kick drum, even as the tune's shape and dynamic turn sharp corners quickly. Hiromi's solo takes center stage with crystalline ostinati and spirited legato runs. The taut athleticism in the first three tracks gives way to a more playful imagination on "The Seeker." Here, blues, gospel, and bop come together as Jackson's earthy, swaggering groove waxes prosaic. His more aggressive attack drives the fragmented post-bop on "Player," where Hiromi openly displays the influence of her mentor Ahmad Jamal in her solos. "Warrior" is startling in its use of group counterpoint and imaginative, harmonically rich crescendos. "Firefly" is a meditative solo piano piece whose gradually established theme nearly sings. "Spirit" makes exhaustive use of gospel in its slippery, bluesy approach (Jackson's solo is particularly attractive). "Life Goes On," which closes the set, is accessible yet very sophisticated contemporary jazz. Its funky center is filled out with punchy soloing from the pianist. She develops it in the lower and middle registers before flying over the keyboard and vamping to keep the groove. Phillips' snapping rim shots lead the charge and add accents to Jackson's fingerpopping solo. Given Hiromi's wonderful compositions for this collective, Alive's consistent signature is one of surprise. They are wildly complex, yet sound natural and free of artifice. Its feel is bright, warm, and hip, easily her finest outing with the Trio Project to date.