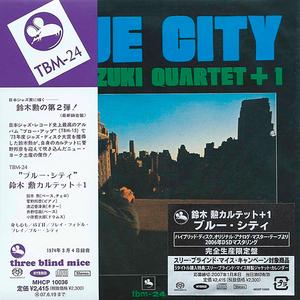 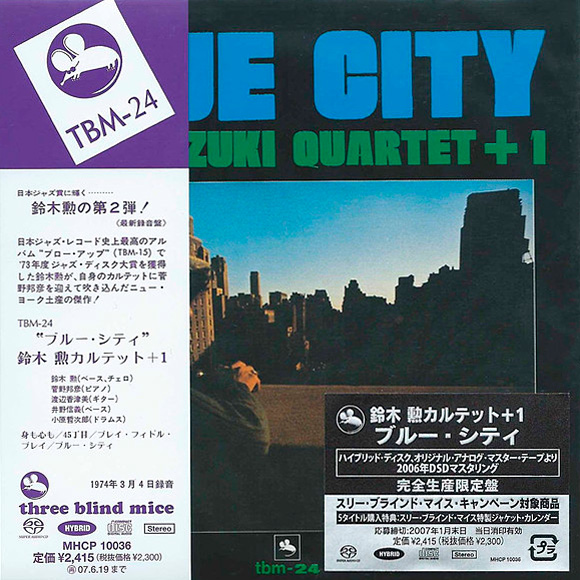 
Another fine example of Japanese jazz from the mid-1970s, this set is led by cellist and bassist Isao Suzuki and features the earliest recorded performances of guitarist Kazumi Watanabe. Four tracks make up the recording, of which two are covers, the opening standard "Body and Soul" (complete with opening melody played on the bass) and "Play Fiddle Play," and two originals, which stack up very well against such classic material. This set was a follow-up to a huge breakthrough album for Suzuki called Blow Up, recorded a year earlier in 1973.

Along with his standard setup with Watanabe, pianist Kunihiko Sugano, and Tetsujiroh Obara on drums, Suzuki, in order to use the cello more fully within the small group setting, added bassist Nobuyoshi Ino on two tracks, including "Body and Soul." What's most compelling about the music made in Japan during that era is that the notion that all jazz had to swing, swing, swing seems almost perverse now in contrast to the stilted, dated sounding riffs that the current American jazzmen heralded as saviors of the music. While free jazz, groove jazz, and jazz/rock fusion were sweeping the popular template in America and Europe, the Japanese, as evidenced here, were listening with reverence (perhaps too much) to the roots of the music. "Body and Soul" and "Play Fiddle Play" have been done by so many hundreds of artists, that it's tough to stack up these versions except to say that they are played with aplomb and emotion. But it's the originals that make Suzuki's group stand out and sound current even in the 21st century. "45th Street (at 8th Ave.)" features the cello as a saxophone, coursing through the melody with fluidity and grace, creating a resonant mode for the band to climb in under. Ino's bass is a lovely counterpart to the tinny sound of the cello being played pizzicato, and Watanabe sounds like Wes Montgomery in his George Shearing days. The rest is as gently swinging and solid with the band becoming a quartet with Suzuki on bass for the last two tracks. In all, it's no masterpiece, but it is an excellent jazz record, made at a time when jazz as it was known in the 1950s and 1960s was a memory. And that it sounds current today is a testament in itself to its quality.