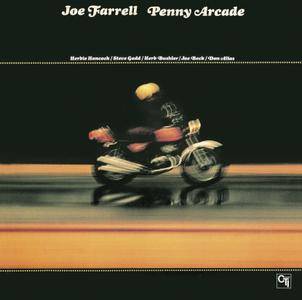 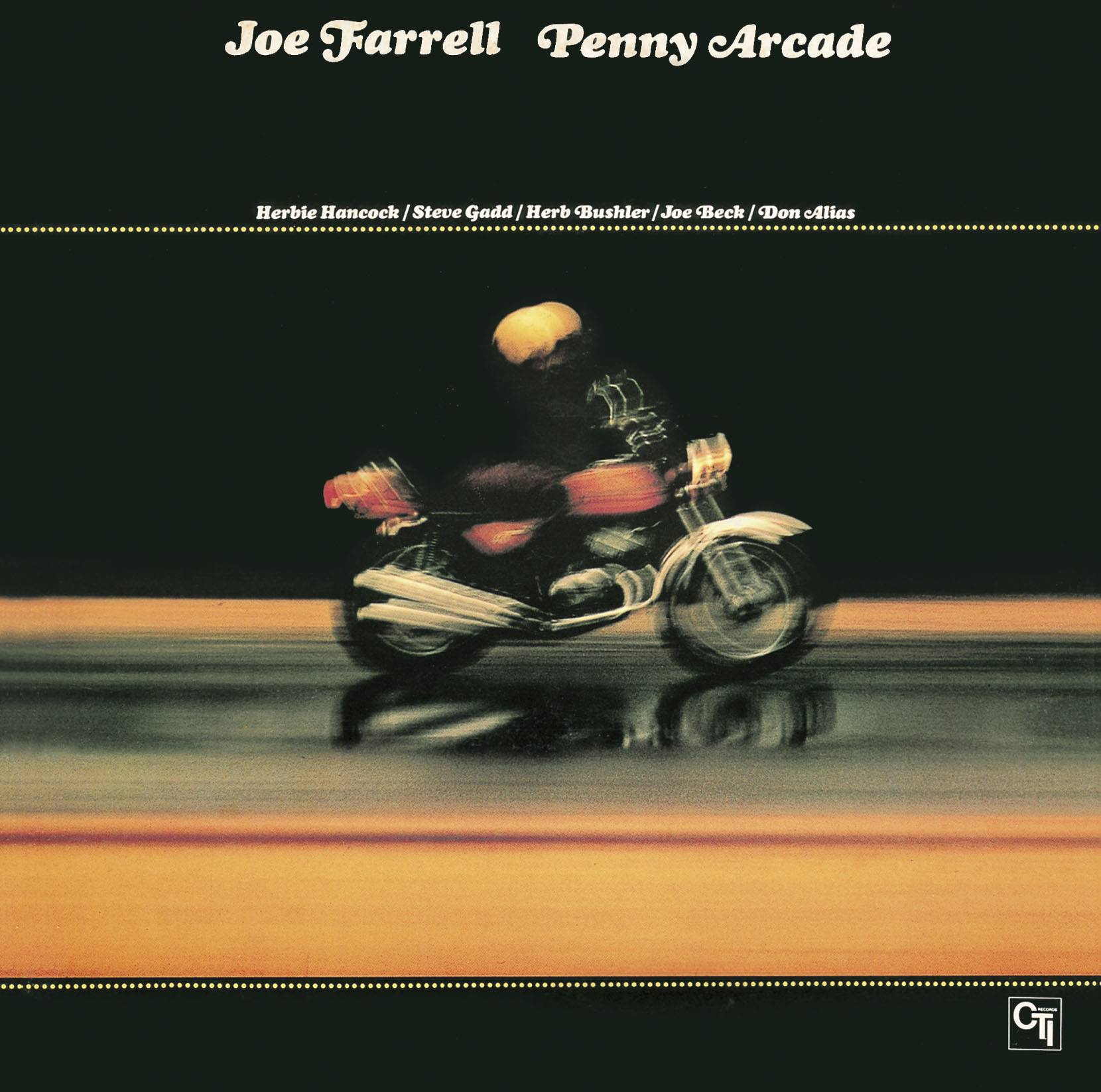 
Joe Farrell gained his greatest fame with his popular string of CTI recordings. For this set, he performs three of his originals (none of which caught on), guitarist Joe Beck's "Penny Arcade", and a 13-minute version of Stevie Wonder's "Too High". Farrell is in excellent form, as are keyboardist Herbie Hancock, Beck, bassist Herb Bushler, drummer Steve Gadd and Don Alias on conga. As is true of his other CTI sets, this Joe Farrell effort expertly mixes together some slightly commercial elements and superior recording quality with strong solos.

Penny Arcade showcases Joe Farrell with Herbie Hancock, who featured on Farrell’s previous CTI album Moon Germs and would come back for two numbers on Farrell’s 1978 album Night Dancing, on piano and electric piano, Joe Beck on guitar, Herb Bushler on bass and Steve Gadd, who first played with Farrell on several Gap Magione dates and would go onto play with the saxist on several Chick Corea albums and on Farrell’s La Catedral Y El Toro, on drums . The five-song program includes Joe Beck’s frenetic title song, which was edited for issue as a promotional single, Farrell’s “Hurricane Jane” and “Geo Blue” (all with Farrell on tenor sax), Farrell’s lovely Latinate “Cloud Cream” (with Farrell on flute and Don Alias added on percussion) and the album’s signature piece, a wondrous and definitive 13-minute reading of Stevie Wonder’s “Too High” (featuring Farrell on soprano sax). With great solos by Farrell, Hancock on electric piano and Bushler, “Too High” is not only one of the very best covers of this well-covered gem, it surely ranks as one of CTI’s finest moments. Hancock also solos magnificently on acoustic piano for “Cloud Cream” and on the “Maiden Voyage”-like derivation “Geo Blue.” Beck takes a rockish solo on “Penny Arcade” and beautifully trims “Geo Blue” with a lush solo that is jazzier than anything the guitarist was known to do at the time. Joe Farrell’s playing throughout is superb and reveals, yet again, that he could construct very interesting jazz compositions that inspire notable improvisation. “I Won’t Be Back,” a terrific Joe Beck bossa fusion that features Joe Farrell on flute (quoting “A Love Supreme”!), was recorded during these October 1973 sessions, but appears on Farrell’s next CTI recording, Upon This Rock.