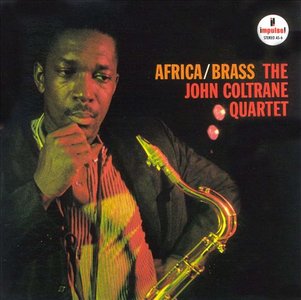 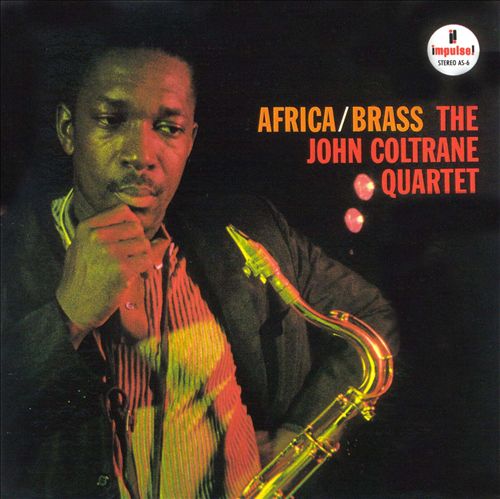 One of the greatest jazz masterpieces of all time, "Africa/Brass" frames Coltrane’s lyrical improvisation in explosive horn arrangements that include legendary trumpeter Freddie Hubbard and free jazz innovator Eric Dolphy. Pianist McCoy Tyner, drummer Elvin Jones, and bassists Reggie Workman and Art Davis underpin the orchestrations with propulsive energy that makes for one of the most exhilarating listens in jazz history. AFRICA BRASS shows the legendary tenor player at one of his greatest artistic heights and is an absolutely essential addition to any jazz-lover’s library.

Recorded and released in 1961, the big band album "Africa/Brass" marks John Coltrane's debut for Impulse and was a bold departure for the saxophonist. Coltrane, his quartet and a 15-piece brass section take on the English folk song Greensleeves in addition to two lengthy originals that explore African rhythms.

This album combines together the two related Africa/Brass LPs that formed John Coltrane's debut on the Impulse! label. On these dates the great tenor was backed by groups ranging from nine to 14 pieces playing pieces arranged by Eric Dolphy. "Africa" (which is heard in two versions) is the most memorable selection on an extended set that also includes "Blues Minor," "Song of the Underground Railroad," and two versions of "Greensleeves." Two other numbers from these sessions (a third take of "Africa" and "The Damned Don't Cry"), both of which were released on the double-LP Trane's Modes, are all that is missing. Although it would have been preferred that such sidemen as trumpeter Booker Little, Freddie Hubbard, and Eric Dolphy himself had received some solo space (only Coltrane, pianist McCoy Tyner, drummer Elvin Jones, and the various bassists get to stand out individually), the music is quite rewarding and sometimes haunting.