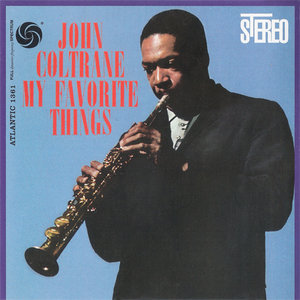 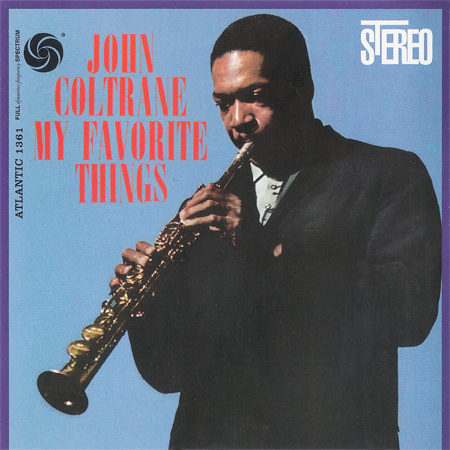 
My Favorite Things is the seventh studio album by jazz musician John Coltrane, released in 1961 on Atlantic Records. It was the first album to feature Coltrane playing soprano saxophone. The record became a major commercial success. In 1998, the album received the Grammy Hall of Fame award. It attained gold record status in 2018, having sold 500,000 copies.

Although seemingly impossible to comprehend, this landmark jazz date made in 1960 was recorded in less than three days. All the more remarkable is that the same sessions which yielded My Favorite Things would also inform a majority of the albums Coltrane Plays the Blues, Coltrane's Sound, and Coltrane Legacy. It is easy to understand the appeal that these sides continue to hold. The unforced, practically casual soloing styles of the assembled quartet – which includes Coltrane (soprano/tenor sax), McCoy Tyner (piano), Steve Davis (bass), and Elvin Jones (drums) – allow for tastefully executed passages à la the Miles Davis Quintet, a trait Coltrane no doubt honed during his tenure in that band. Each track of this album is a joy to revisit. The ultimate listenability may reside in this quartet's capacity to not be overwhelmed by the soloist. Likewise, they are able to push the grooves along surreptitiously and unfettered. For instance, the support that the trio – most notably Tyner – gives to Coltrane on the title track winds the melody in and around itself. However, instead of becoming entangled and directionless, these musical sidebars simultaneously define the direction the song is taking. As a soloist, the definitive soprano sax runs during the Cole Porter standard "Everytime We Say Goodbye" and tenor solos on "But Not for Me" easily establish Coltrane as a pioneer of both instruments.