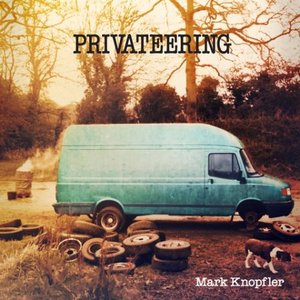 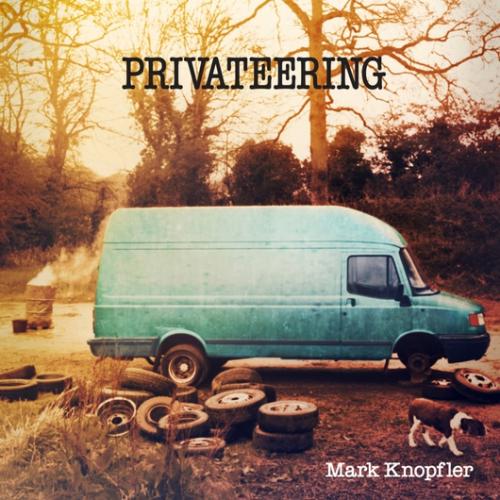 2012 two CD release from the British guitarist, songwriter, producer and former Dire Straits leader. "Privateering" is Knopfler's first double album, each song an original. They cover a wide range of locations and characters from both sides of the Atlantic and move through a number of genres which include several new Blues originals. The album is a soulful and heartfelt collection masterfully performed by a group of world class players.

Since officially embarking on a solo career in 1995, former Dire Straits frontman Mark Knopfler has been quietly and consistently amassing an unassuming horn of plenty, maintaining his prior outfit’s penchant for fusing meticulously crafted English blues-rock with sardonic, radio-ready AOR pop, while introducing elements of traditional folk and country with the effortless gait of an artist who has spent his years as both a student and a professor. On Privateering, his seventh solo outing, Knopfler has crafted his most ambitious and pugnacious set to date, going all in on a two-disc set that pits all of the aforementioned influences against each other without ever succumbing to the convenience of their architectures. Upon first spin, Privateering feels a little like a garage sale, offering up long cold plates of once warm, late-night porch jams that feel like pre-studio session warm-ups, but the album’s stately, yet schizophrenic nature, which pits lo-fi, studious, yet ultimately forgettable exercises in rote American blues like “Hot or What” and “Gator Blood” with amiable, highway-ready rockers ("Corned Beef City") and incredibly affecting, spooky folk-pop ballads like “Redbud Tree,” “Kingdom of Gold,” and the magnificent “Dream of the Drowned Submariner,” all three of which owe a couple of polite high fives to Dire Straits songs like “The Man’s Strong” and “Brothers in Arms,” reveals an artist in complete control of his arsenal. Could the album use some trimming? Sure, but Knopfler is that rare gunslinger who can make even the wildest shot look like it was completely intentional, and his steady voice, mercurial lyrics, and instantly recognizable guitar tone, that latter of which falls somewhere between the rich, lucid beauty of David Gilmour and the Pan-like spell-casting of Richard Thompson, provide just the right amount of ballast to keep a ship as big as Privateering buoyant.