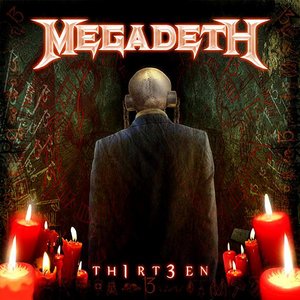 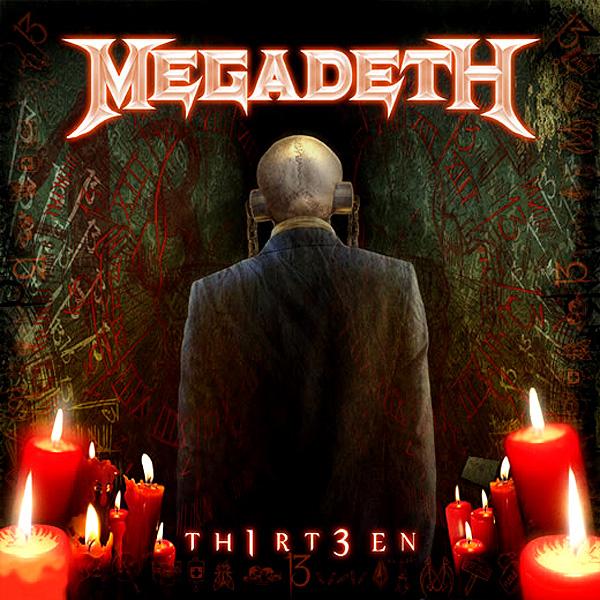 With the release of "Th1rt3en", Megadeth proves why they have remained at the pinnacle of heavy-metal rock. Lead vocalist/guitarist Dave Mustaine enlists original bassist David Ellefson for their thirteenth studio masterpiece. The album is an all-encompassing experience featuring the group’s signature feel with a modern polish. "Th1rt3en" is packed with a strong rhythm section, compelling lyrics, creative riffs and shredding axe work. The album garnered two Grammy® nominations, one at the 53rd annual Grammy® Awards for Best Metal Performance (Sudden Death) and one at the 54th annual Grammy® Awards for Best Hard Rock/Metal Performance. The album, which charted at #1 on Billboard’s Top Hard Rock Albums is sure to please their enduring following and is a great introduction to one of the biggest names in metal history.

Megadeth's 13th studio album, and first since 2001’s The World Needs a Hero to utilize the talents of bassist/founding member Dave Ellefson, was produced by Johnny K (Staind, Disturbed) and features a combination of newly composed tracks, along with older cuts written years ago but never put to tape. Darker, heavier, and more immediate than 2009's Endgame, Dave Mustaine's snarling vocals ride higher in the mix this time around, but fans need not fear, as his fleet fingers are still possessed with the power to conjure the dead. Much of the aptly named Th1rt3en feels vintage, from the familiar political themes on “We the People” and the tightly wound, Dio-esque riffing on “Public Enemy No. 1” to the soft, melodramatic military snare intro of “Never Dead,” which eventually explodes into a wicked blast of retro-thrash that feels positively invigorating, not redundant. Elsewhere, the melodic slow-burn “Millennium of the Blind” fuses Ten Years After's “I’d Love to Change the World” and Metallica's “Fade to Black” into an anti-corporation/war rant that calls out the “millennials” on their submissiveness, the snaky “Black Swan” casts long shadows that mimic “Symphony of Destruction,” and first single “Sudden Death” stands defiant before the skeptics who thought that Mustaine's newfound faith would render him bereft of the old ultraviolence.