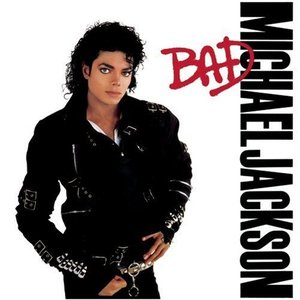 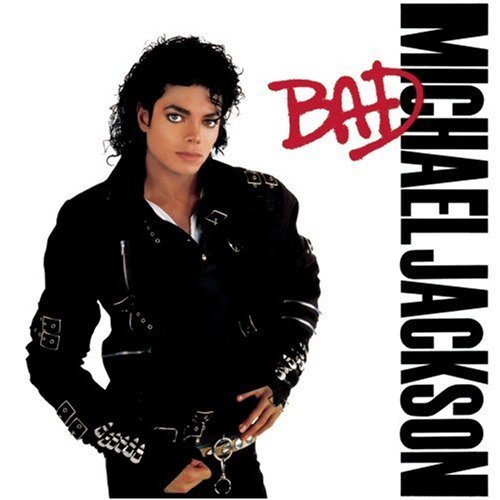 "Bad" is the seminal masterpiece by one of music’s most influential artists. It has sold over thirty-five million copies worldwide, making it one of the bestselling albums of all time. The album includes five #1 singles: “Bad,” “Man In The Mirror,” “Dirty Diana,” “I Just Can’t Stop Loving You” and “The Way You Make Me Feel.” Michael Jackson is among two artists to have five #1 singles from one album. The GRAMMY Award-winning album is included on Rolling Stone’s “500 Greatest Albums of All Time”.

The downside to a success like Thriller is that it's nearly impossible to follow, but Michael Jackson approached Bad much the same way he approached Thriller – take the basic formula of the predecessor, expand it slightly, and move it outward. This meant that he moved deeper into hard rock, deeper into schmaltzy adult contemporary, deeper into hard dance – essentially taking each portion of Thriller to an extreme, while increasing the quotient of immaculate studiocraft. He wound up with a sleeker, slicker Thriller, which isn't a bad thing, but it's not a rousing success, either. For one thing, the material just isn't as good. Look at the singles: only three can stand alongside album tracks from its predecessor ("Bad," "The Way You Make Me Feel," "I Just Can't Stop Loving You"), another is simply OK ("Smooth Criminal"), with the other two showcasing Jackson at his worst (the saccharine "Man in the Mirror," the misogynistic "Dirty Diana"). Then, there are the album tracks themselves, something that virtually didn't exist on Thriller but bog down Bad not just because they're bad, but because they reveal that Jackson's state of the art is not hip. And they constitute a near-fatal dead spot on the record – songs three through six, from "Speed Demon" to "Another Part of Me," a sequence that's utterly faceless, lacking memorable hooks and melodies, even when Stevie Wonder steps in for "Just Good Friends," relying on nothing but studiocraft. Part of the joy of Off the Wall and Thriller was that craft was enhanced with tremendous songs, performances, and fresh, vivacious beats. For this dreadful stretch, everything is mechanical, and while the album rebounds with songs that prove mechanical can be tolerable if delivered with hooks and panache, it still makes Bad feel like an artifact of its time instead a piece of music that transcends it. And if that wasn't evident proof that Jackson was losing touch, consider this – the best song on the album is "Leave Me Alone" (why are all of his best songs paranoid anthems?), a tune tacked on to the end of the CD and never released as a single, apart from a weirdly claustrophobic video that, not coincidentally, was the best video from the album.