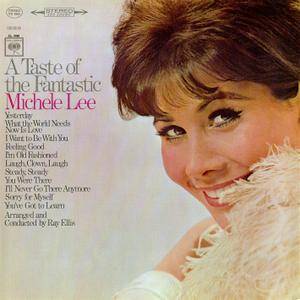 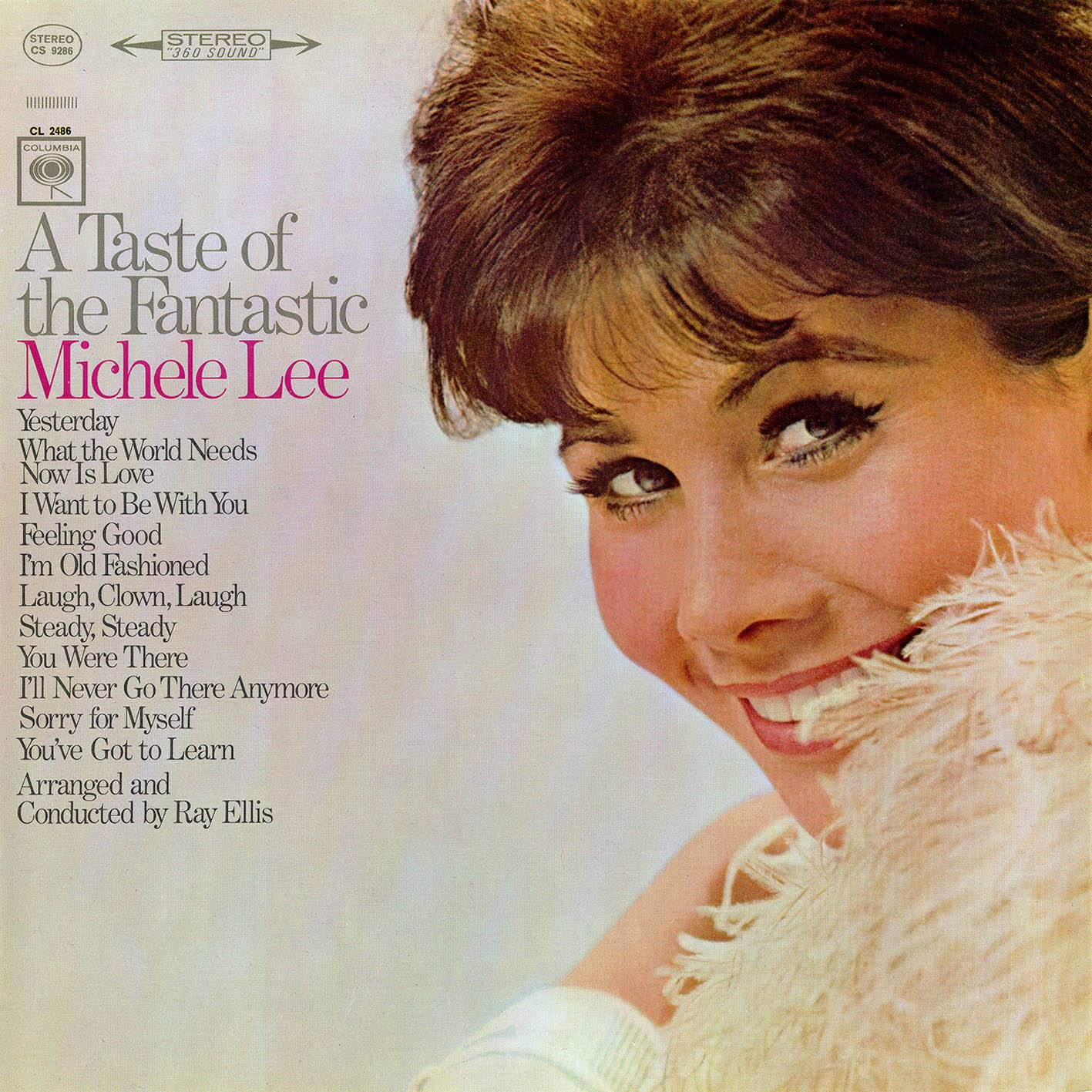 
Although best remembered for her role as matriarch Karen Fairgate MacKenzie on the long-running prime-time soap opera Knots Landing, Michele Lee also enjoyed a career as a recording artist during the late '60s, scoring a minor pop hit with 1968's "L. David Sloane". "A Taste Of The Fantastic" is her delut album, released in 1966 via Columbia Records.

Born Michelle Lee Dusick in Los Angeles on June 24, 1942, she was the daughter of Hollywood makeup artist Jack Dusick. By age three she was singing professionally, and made her television debut in a 1959 episode of The Many Loves of Dobie Gillis. In 1961 Lee co-starred in the Broadway smash How to Succeed in Business Without Really Trying, later reprising her role as Rosemary in the 1967 feature film version. By 1963, she was a regular television presence, appearing on The Danny Kaye Show, What's My Line, and Match Game. Following successful nightclub appearances at venues including New York City's Persian Room and Las Vegas' Sands Hotel, Lee signed to Columbia Records to release her 1967 debut LP, A Taste of the Fantastic. L. David Sloane followed a year later, coinciding with her co-starring role in the Disney blockbuster The Love Bug. After 1969's feature The Comic, Lee returned to television, guesting on series including Love American Style and Marcus Welby M.D. In 1974, she also headlined her own failed sitcom pilot, The Michele Lee Show, and earned Tony Award nomination for her work in the Broadway production Seesaw. After the 1976 death of her mother, Lee withdrew from the spotlight for several years before resurfacing in 1979 on the Dallas spinoff Knots Landing. She remained with the series throughout its 14-season network run, setting the record for the most consecutive appearances by an actress in a prime-time dramatic series with 344. By the 1989 season Lee was occasionally directing episodes of Knots Landing as well, and after playing the title role in the 1995 telefilm Big Dreams and Broken Hearts: The Dottie West Story, she co-wrote and directed the 1996 Lifetime production Color Me Perfect. Lee returned to Broadway in the 2000 production Tale of the Allergist's Wife, and four years later appeared in the romantic comedy Along Came Polly, her first feature film work in 35 years.