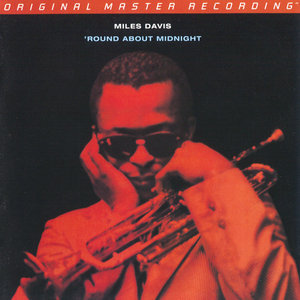 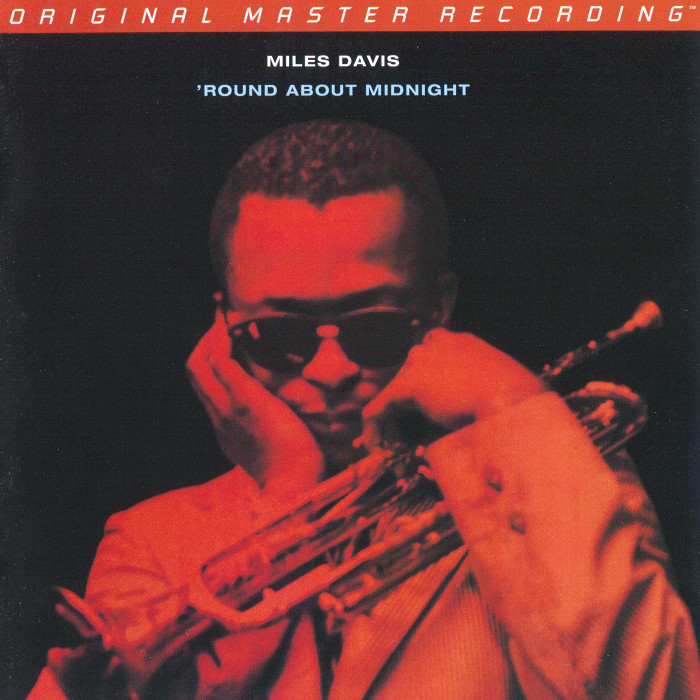 Given that 'Round About Midnight was Miles Davis' debut Columbia recording, it was both a beginning and an ending. Certainly the beginning of his recording career with the label that issued most if not all of his important recordings; and the recording debut of an exciting new band that had within its ranks Philly Joe Jones, Paul Chambers, pianist Red Garland, and an all but unknown tenor player named John Coltrane. The title track was chosen because of its unique rendition with a muted trumpet, and debuted at the Newport Jazz Festival the summer before to a thunderous reception. The date was also an ending of sorts because by the time of the album's release, Davis had already broken up the band, which re-formed with Cannonball Adderley a year later as a sextet, but it was a tense year.

Musically, this sound is as unusual and as beautiful as it was when issued in 1956. Davis had already led the charge through two changes in jazz – both cool jazz and hard bop – and was beginning to move in another direction here that wouldn't be defined for another two years. Besides the obvious lyrical and harmonic beauty of "Round About Midnight" that is arguably its definitive version even over Monk's own, there are the edges of Charlie Parker's "Au Leu-Cha" with its Bluesology leaping from every chord change in Red Garland's left hand. Coltrane's solo here too is notable for its stark contrast to Davis' own: he chooses an angular tack where he finds the heart of the mode and plays a melody in harmonic counterpoint to the changes but never sounds outside. Cole Porter's "All of You" has Davis quoting from Louis Armstrong's "Basin Street Blues" in his solo that takes out the tune, and Coltrane has never respected a melody so much. But it's in "Bye-Bye Blackbird" that we get to hear the band gel as a unit, beginning with Davis playing through the melody, muted and sweet, slightly flatted out until he reaches the harmony on the refrain and begins his solo on a high note. Garland is doing more than comping in the background; he's slipping chord shapes into those interval cracks and shifting them as the rhythm section keeps "soft time." When Coltrane moves in for his break, rather than Davis' spare method, he smatters notes quickly all though the melodic body of the tune and Garland has to compensate harmonically, moving the mode and tempo up a notch until his own solo can bring it back down again. Which he does with a gorgeous all-blues read of the tune utilizing first one hand and then both hands to create fat harmonic chords to bring Davis back in to close it out. It's breathtaking how seamless it all is. There's little else to say except that 'Round About Midnight is among the most essential of Davis' Columbia recordings.