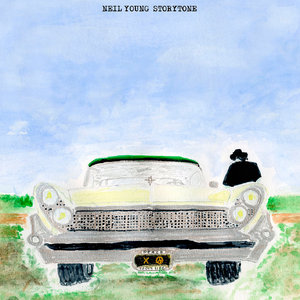 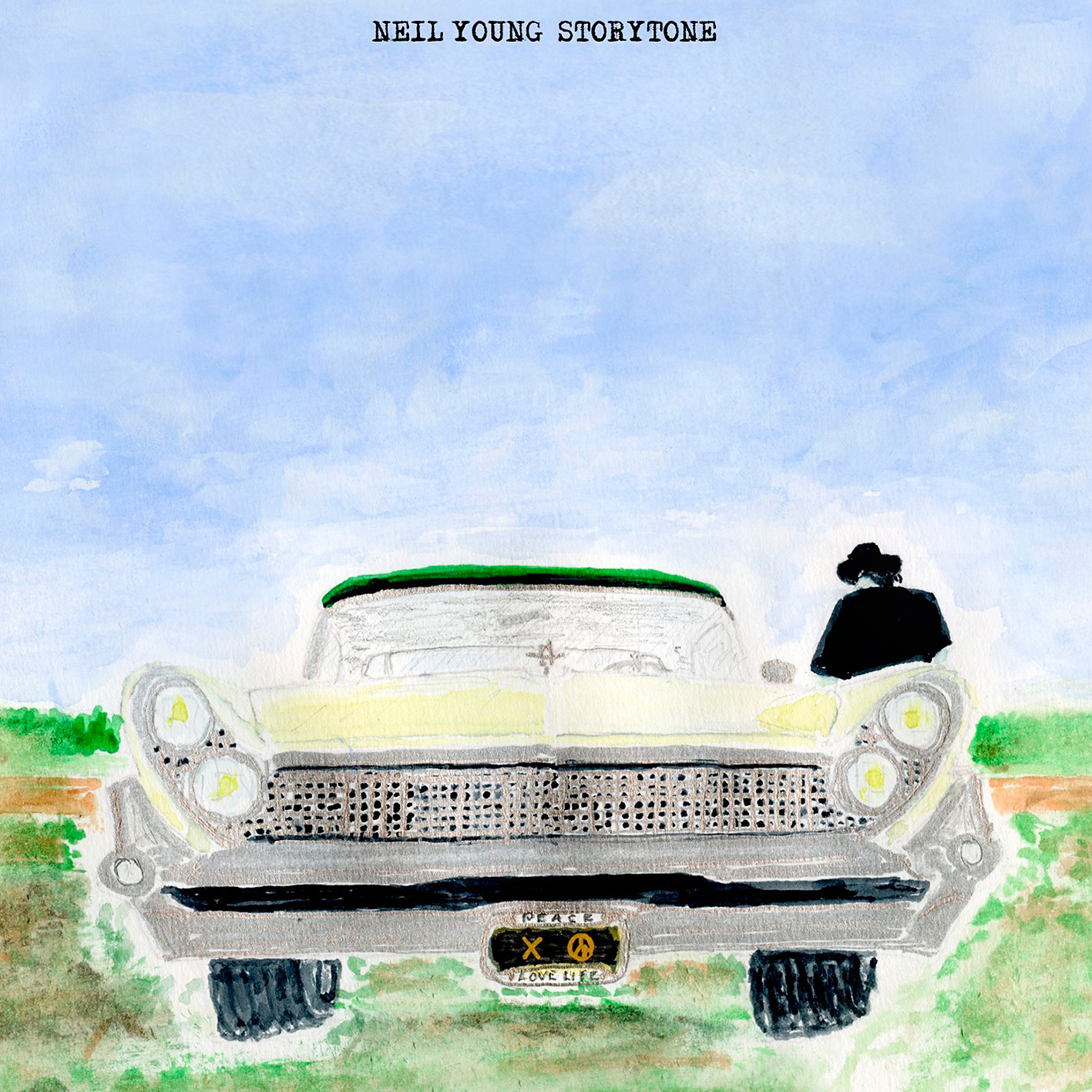 
"Storytone" was recorded with a 92-piece orchestra and choir, fulfilling Neil's life-long dream to record with an orchestra that performed in the same room with him as he sang. The album is very personal for Young in terms of its lyrical content, as well as the mood and setting of the songs and the way they were recorded with particularly pristine sound quality. "Storytone" is available as a single-disc standard album or as a deluxe double-disc version, which contains the original album plus solo renditions of the same songs.

Storytone arrived at the end of a year that already saw another new Neil Young album – that would be A Letter Home, a collection of folk covers recorded at Jack White's Voice-O-Graph direct-to-vinyl recording booth at Third Man Records – which itself was only the tip of the iceberg that was Neil's 2014. That spring, Young launched a high-end digital audio system called Pono, which was followed by the summer news that he was divorcing Pegi, his wife of 36 years, an event that led to a fresh feud with David Crosby that then led to Young saying he would never play with CSN again and, if that weren't enough, Young also published his second book, Special Deluxe: A Memoir of Life & Cars, just prior to the release of Storytone. That'd be enough to sustain a few years for most artists but we all know perfectly well that Neil Young isn't like most artists. He thrives on this kind of chaos and, appropriately enough, Storytone is fairly messy – which is quite an achievement for an album recorded in large part live in front of a full orchestra. Young does indeed croon over those strings, often rhapsodizing about the powers of new love or pleading to save the Earth, although he sometimes gets restless and rolls out a swinging big band. This means Storytone sometimes plays like a hybrid of Harvest at its most florid and the bloozy swagger of This Note's for You – a curious combination that doesn't seem quite as extreme on the album's second disc, which houses nothing but solo renditions of the record's ten tunes, but the very fact that there's a reverse image of the album strengthens the impression that Young isn't much in the mood to keep things simple. Which is odd, because all the original songs here are relatively simple, built to withstand simple arrangements – they sound fine when Young supports himself with no more than a guitar, piano, or ukulele – and they don't buckle underneath the weight of an orchestra. Versatile they may be, but they're united by Young's aching sincerity. He's earnest whether he's taking a stance against fracking, romanticizing his old car, or singing about new love with the dewiness of a teenager. The open-heartedness is sweet if somewhat adolescent, a feeling not helped by the preponderance of 2014 headlines about Young's love life, but even without that tabloid gunk, songs like "Glimmer" have an optimism that sounds just a shade disarming coming from a former cynic facing 70. But that's one of the glorious things about Neil Young: he surprises and by delivering this big, sloppy valentine to everything he is and everything he loves, he's not being neat but he is true to himself.