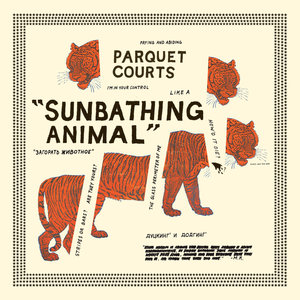 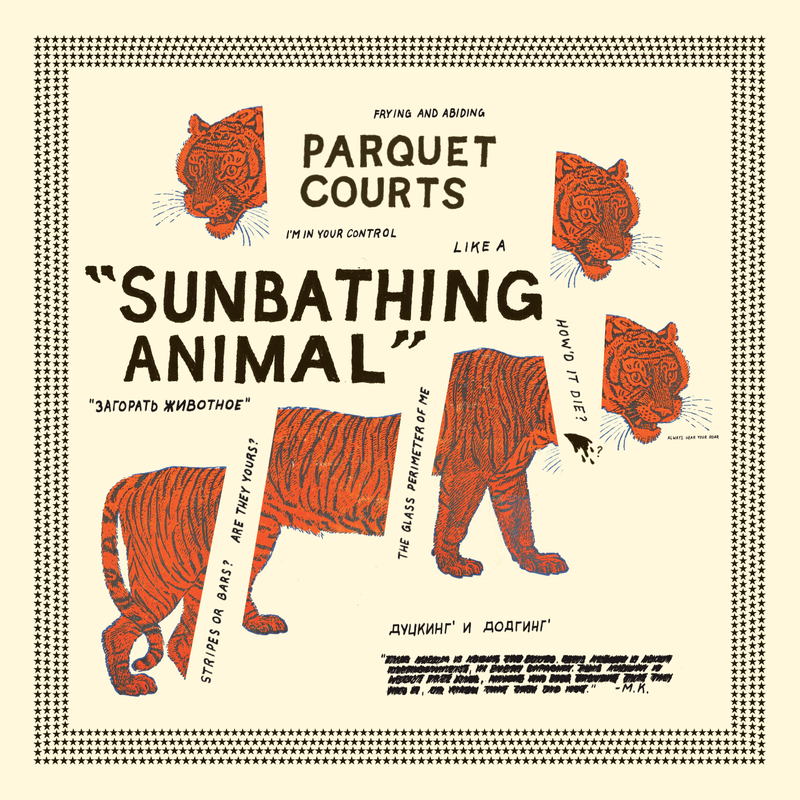 Recorded over the course of 2013 and early 2014, a span of time that found them the toast of the indie rock world after their debut Light Up Gold took off, Parquet Courts' second album is both more of the same and quite different. It definitely doesn't fall prey to any sort of sophomore slump, and it won't disappoint anyone who fell for Gold's hyperactive, hooky charms. Sunbathing Animal finds the transplanted Brooklyn quartet with their passion undimmed, their lyric books overflowing with words, and their sound streamlined into the equivalent of a punch in the gut on the fast songs, a sharp right hook to the temple on the slower ones, and a long clinch on the two epic-length tracks that turn the second half of the record into something kind of different for the band. Some of the ramshackle innocence of Gold has vanished; the album sounds far less tossed off and fun. They take a more serious approach here, a little angry and a little weary at times. It still sounds very Pavement, very Fall, very SST or Homestead at its core, but Parquet Courts sound a little less in thrall to their heroes this time out, and it seems someone in the band did a little research on the blues (shown most obviously on their fiery take on the traditional "Ducking & Dodging," but also in the drunken harmonica that pops up on "She's Rolling"). The slight adjustments to the sound and the attitude aren't a problem, though; the growth the band shows on Animal is impressive and it's good to see both songwriters, Andrew Savage and Austin Brown, try new things and stretch in interesting ways. Their strengths are still wordy, wiry songs that sound ready to keel over from the sheer energy expended ("Black & White," the title track) and loping, loopy midtempo songs that are lovably shaggy ("Dear Ramona," "What Color Is Blood?"), but their excursions into the dirty blues ("Raw Milk") and late-night balladry ("Instant Disassembly," which sounds like Pavement attempting and nailing a Van Morrison cover) are great too. Plus, they came up with an instant classic indie rock jam, "Always Back in Town," that's worth the cost of the album all on its own. Sunbathing Animal may not be the shock to the system that Light Up Gold was; it may not be quite the sensation. It is the work of bandmembers in total control of their sound, doing exactly what they should on a second album.