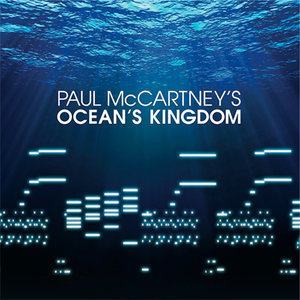 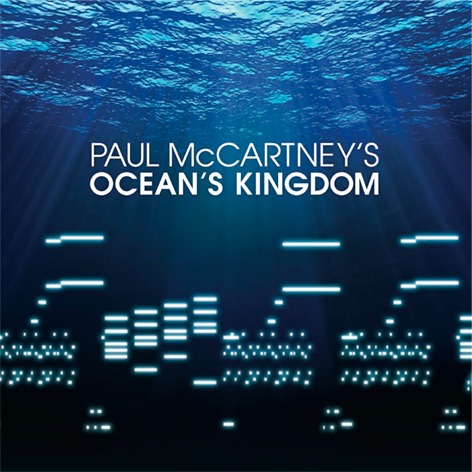 Paul McCartney was commissioned to compose this four-movement orchestral ballet score by the New York City Ballet. While he was not a newcomer to classical music, "Ocean's Kingdom" marks McCartney's first foray into the world of ballet music. This deluxe edition includes a second album of the entire ballet performed live by the New York City Ballet Orchestra, conducted by Fayçal Karoui, recorded at the ballet's premiere in 2011.

McCartney’s debut into the world of ballet is a story of good and evil, love and war that takes place in the depths of the ocean. An hour long score featuring four stunning movements - "Ocean's Kingdom," "Hall of Dance," "Imprisonment" and "Moonrise" - the ballet tells of a love story within the story of an underwater world whose people are threatened by the humans of Earth. A potently expressive and richly varied work, the score is Paul's most challenging and emotionally complex yet.

Commissioned by New York City Ballet, the music draws on late Romanic composers while maintaining McCartney’s genius for simplicity and melody. The result is a breathtaking and imaginative orchestral work—one that proves yet another artistic facet of the legendary musician.

Ocean's Kingdom, Paul McCartney's fifth full-length classical album in 20 years, is his first ballet, its story concerning a star-crossed romance between an earthly prince and a water princess. McCartney's music is appropriately romantic, sometimes to the extent that the moments intended to convey creeping tension or sadness bounce with a joyous gait. Joy isn’t a bad characteristic for a piece of music, and if Ocean's Kingdom is decidedly less ambitious than Liverpool Oratorio or Standing Stone, whatever charm it has lies in its simplicity, McCartney's good cheer evident in the clean lines of his melodies and their counterpoints, the lack of melancholy in his ballads, and the triumphant brass that closes the proceedings. Perhaps it is pastiche – its reworking of themes and sounds befitting a narrative that’s essentially a respun Romeo and Juliet – but Macca’s sweet swagger sells a shopworn story, at least as far as a record goes.