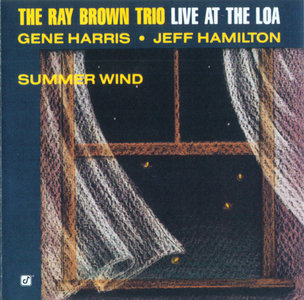 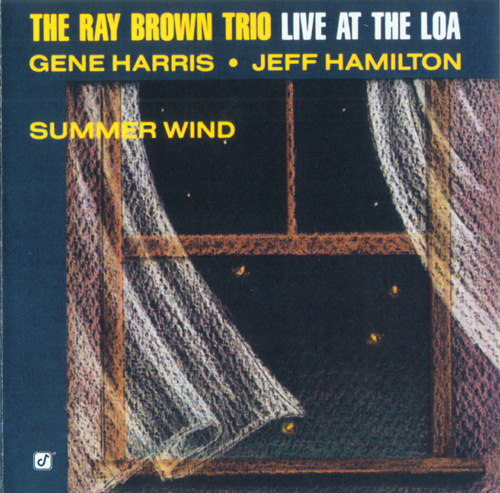 The Ray Brown Trio consisted of Brown’s colleagues Gene Harris, who plays a lot of piano that sounds rich, full-bodied, and not overly refined. The trio also features Jeff Hamilton, one of the stand-out drummers of the latter-day Woody Herman Herds. The Ray Brown Trio recorded this album live at The Loa in Santa Monica, CA, in July 1988. The club no longer exists, but at the time it was co-owned by Ray Brown.

Ray Brown has many great contributions to jazz as a leader and a sideman, but one additional way in which he helped jazz was his encouraging Gene Harris to give up his early retirement and go back out on the road. The pianist was a part of Brown's groups for several years before he formed a working quartet and became a leader for good once again. This 1988 concert at a since-defunct Santa Monica night club (co-owned by Brown) finds the two, along with drummer Jeff Hamilton, at the top of their game. A phone ringing in the background distracts momentarily from Brown's opening solo in his composition "The Real Blues," during which Harris repeats a bluesy tremolo, which may be an inside joke about the early distraction. Harris take a blues-drenched approach to "Mona Lisa" before giving way to the leader's solo, while his lyrical approach to "Can't Help Lovin' Dat Man" is shimmering. Hamilton's soft brushes are prominent in "Little Darlin'," but his explosive playing provides a powerful pulse to the very unusual strutting take of "It Don't Mean a Thing". This extremely satisfying Album is warmly recommended.