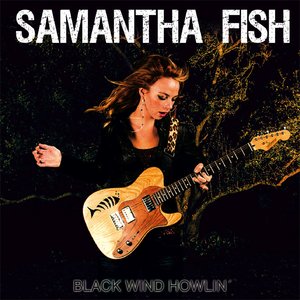 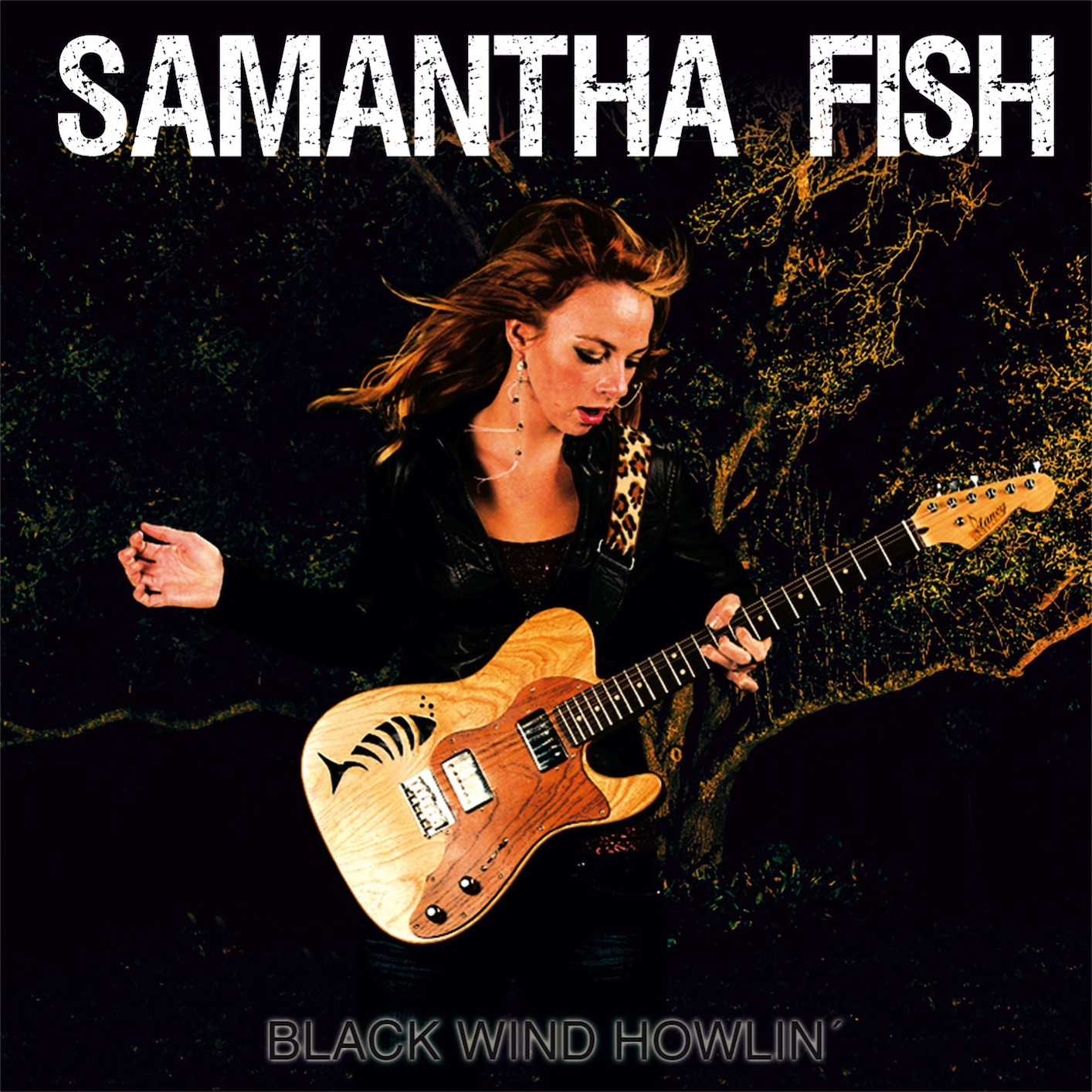 Released in September 2013 through Ruf Records, "Black Wind Howlin’" flips a finger at the cliché of the ‘difficult second album’, firing off 12 classic tracks that chart Samantha’s evolution as songwriter, gunslinger and lyricist. Her debut album was hailed as a thrilling opening gambit, earning a string of rave reviews and accolades, of which the Blues Music Award (BMA) for ‘Best New Artist Debut’ in 2012 was perhaps the most auspicious.

While lesser artists work to a template or settle into a pigeonhole, Samantha shifts her shape across the Black Wind Howlin’ tracklisting. She can be brutally rocking on cuts like the tour bus snapshot of Miles To Go (“Twelve hours to Reno/ten hours til the next show”), the swaggering Sucker Born (“Vegas left me weary, LA bled me dry/skating on fumes as I crossed the Nevada line…”) and the venomous Go To Hell (“Oh, this ain’t my first rodeo/You hit yourself a dead end/Your voodoo eyes, ain’t gonna cast a spell/So you can go to hell!”). “I’ve become tougher,” she notes of these head-banging moments, “and I think that was reflected in the sound we went for.”

And yet, elsewhere, backed by the versatile production of Royal Southern Brotherhood guitarist and longtime collaborator Mike Zito, you’ll find Samantha shifting gears to the aching slide-guitar balladry of Over You (“Echoing words, said I’d never make it on my own…”) and the redemptive country strum Last September (“Don’t remember the curves of my face/Can’t feel the warmth in my embrace/Well I’m here to remind you…”). She might stop off for a gritty cover of Howlin’ Wolf’s Who’s Been Talkin’, and co-wrote Go To Hell with Zito, but all other tracks are Samantha’s self-penned originals, and it’s a mix to keep listeners on their toes. “I wanted this record to have a modern rocking sound,” she explains of the light-footed vibe. “I also wanted it to have elements of Americana, country and roots.”

The sessions proved just as rewarding as the writing. As a seasoned road warrior who will spend much of 2013 burning tarmac, recording at Dockside Studios in Maurice, Louisiana was a rare chance for Samantha to put down roots, flanked by a first-call band that included Royal Southern Brotherhood rhythm section Yonrico Scott (drums) and Charlie Wooton (bass), back-up guitar and vocals from Zito, plus guest appearances from Johnny Sansone (harmonica), Bo Thomas (fiddle on Last September) and Paul Thorn (vocals on Go To Hell). “I had a dream team of musicians and special guests,” she recalls. “And Dockside Studios quickly became one of my favourite places on earth.”

But it was another venue, some years earlier, that set Samantha on her musical path. The songwriter recalls her first musical taste as the classic rock of The Rolling Stones and Tom Petty, alongside contemporary artists like Sheryl Crow and The Black Crowes, but after several underage clandestine visits to the Knuckleheads Saloon blues club in her native Kansas City, she followed the thread from modern masters like Zito and Tab Benoit, through fallen ’80s heroes like Stevie Ray Vaughan, right back to the pre-war Delta masters. “I fell in love with it,” she told Premier Guitar of her growing passion for the form, “and started doing my homework by listening to the old guys like Son House and Skip James.”

Soon enough, appreciation for the blues had spilled over into application, and by the age of 18, Samantha had settled on a searing lead guitar style that expressed her own voice rather than mimicking the clichéd blues licks note-for-note. Home practice didn’t scratch the itch, and she broke into a dues-paying period on the Kansas City jam circuit: an apprenticeship at the sharp end that tightened her musical chops, polished her stagecraft and gave her the grit to overcome occasional scepticism about her age, hair tone and gender. “I always hated the idea of the gimmick,” she told Premier Guitar. “People come out just because you are a girl, but then you have so much more to prove once you get them in the door.”

But Samantha got them in – and kept them in – and after an early live recording from Knuckleheads found its way into the hands of label supremo Thomas Ruf, the young bandleader’s trajectory was changed from dreamer to signed artist. Fish’s first appointment for the label was to join Cassie Taylor and Dani Wilde on the 2011 Girls With Guitars album: a whip-cracking three-female release that the trio doused with added rocket fuel on Ruf’s famous Blues Caravan tour of Europe and the US that year. “I don’t get that whole competitive thing, especially when I play with the girls,” insisted Samantha. “When you start trying to get over the top of somebody, you lose what makes it great. That’s when you lose the musical aspect of it.”

With her name buzzing on the blues scene and the iron hot, Samantha struck again that same year with Runaway, her solo debut on Ruf. With ten hot tracks – of which nine were originals – and production once again from Zito, this was a debut album that announced the depth of this newcomer’s talent, mixing up gutsy riff-blues rockers like Down In The Swamp with the mellow small-hours jazz of Feelin’ Alright, while marinating her songwriting in the groove of the Rolling Stones and even tipping a hat to Heart. “It’s all the sounds I grew up with,” she explained, “with my own spin.”