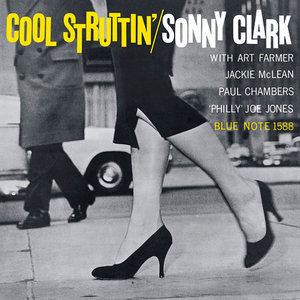 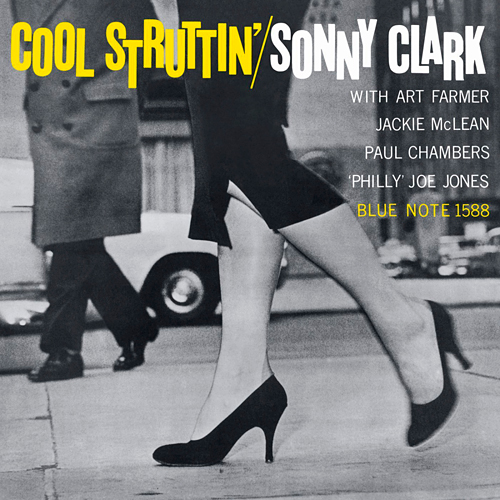 
Pianist Sonny Clark reached the peak of his short career with 1958's “Cool Struttin'” but each date he led on Blue Note is now considered a classic. Though commercial success always eluded him, he was in demand as a sideman and played dozens of dates, including Tina Brooks's "Minor Move". Luckily, Clark's contribution is well documented on record; he has achieved far more critical, musical, and popular acclaim than he ever did in life. On this recording Clark is joined by Jackie McLean on alto saxophone, Art Farmer on trumpet, Paul Chambers on bass and Philly Joe Jones on drums.

Recorded in 1958, this legendary date with the still-undersung Sonny Clark in the leader's chair also featured a young Jackie McLean on alto (playing with a smoother tone than he had before or ever did again), trumpeter Art Farmer, and the legendary rhythm section of bassist Paul Chambers and drummer Philly Joe Jones, both from the Miles Davis band. The set begins with one of the preeminent "swinging medium blues" pieces in jazz history: the title track with its leveraged fours and eights shoved smoothly up against the walking bass of Chambers and the backbeat shuffle of Jones. Clark's solo, with its grouped fifths and sevenths, is a wonder of both understatement and groove, while Chambers' arco solo turns the blues in on itself. While there isn't a weak note on this record, there are some other tracks that stand out, most notably Miles' "Sippin' at Bells," with its loping Latin rhythm. When McLean takes his solo against a handful of Clark's shaded minor chords, he sounds as if he may blow it – he comes out a little quick – but he recovers nicely and reaches for a handful of Broadway show tunes to counter the minor mood of the piece. He shifts to both Ben Webster and Lester Young before moving through Bird, and finally to McLean himself, riding the margin of the changes to slip just outside enough to add some depth in the middle register. The LP closes with Henderson and Vallée's "Deep Night," the only number in the batch not rooted in the blues. It's a classic hard bop jamming tune and features wonderful solos by Farmer, who plays weird flatted notes all over the horn against the changes, and McLean, who thinks he's playing a kind of snake charmer blues in swing tune. This set deserves its reputation for its soul appeal alone.