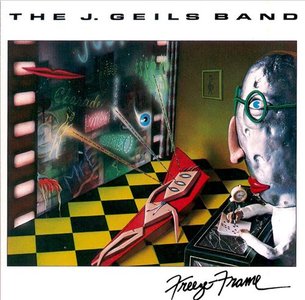 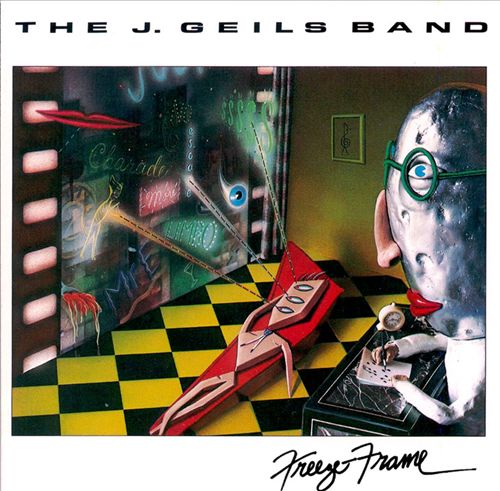 
"Freeze-Frame" was The J. Geils Band's 12th album, originally released in 1981. The record quickly became the group's biggest seller, reaching number one on the Billboard 200 album chart and holding the spot for four consecutive weeks. Keyboardist/vocalist Seth Justman, with help from vocalist Peter Wolf, composed all of the titles on the album. "Freeze-Frame" features their number one hit song "Centerfold", along with titles "Freeze-Frame" and "Angel in Blue".

Tempering their bar band R&B with a touch of new wave pop production, the J. Geils Band finally broke through into the big leagues with Freeze Frame. Fans of the hard-driving rock of the group's '70s albums will find the sleek sound of Freeze Frame slightly disorienting, but the production gives the album cohesion. Good-time rock & roll remains at the core of the group's music, but the sound of the record is glossier, shining with synthesizers and big pop hooks. With its singalong chorus, "Centerfold" exemplifies this trend, but it's merely the tip of the iceberg. "Freeze Frame" has a great stop-start chorus, "Flamethrower" and "Piss on the Wall" rush along on hard-boogie riffs, and "Angel in Blue" is terrific neo-doo wop. There are still a handful of throwaways, but even the filler has a stylized, synthesized flair that makes it enjoyable, and the keepers are among the band's best.