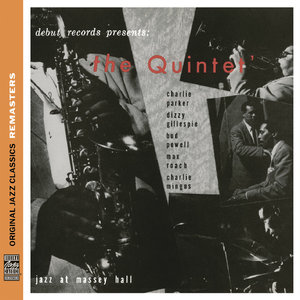 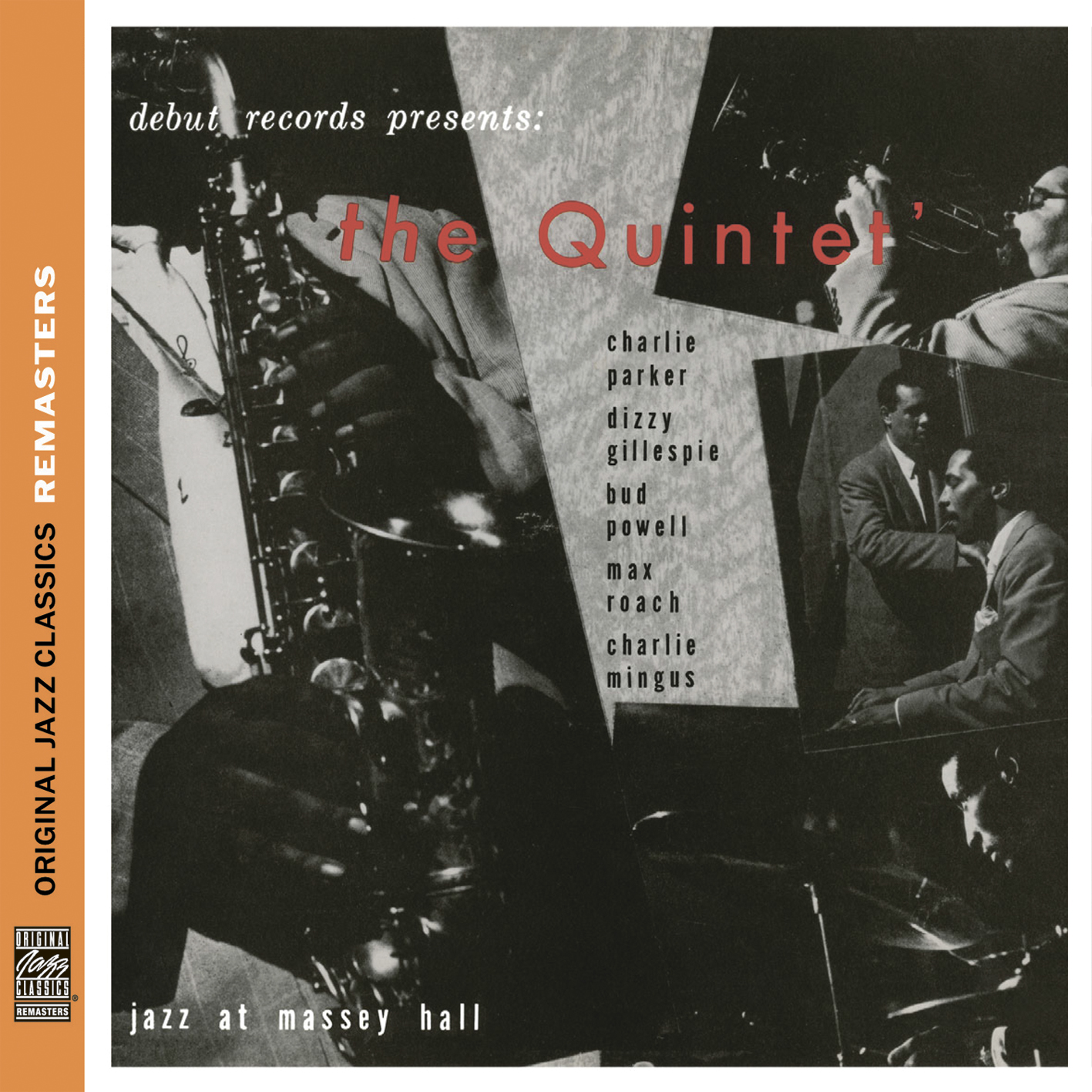 
"Jazz at Massey Hall" is an exhilarating live recording from one of, if not the finest quintets ever assembled. This legendary recording features performances by five of jazz’s leading players, Dizzy Gillespie, Charlie Parker, Bud Powell, Charles Mingus and Max Roach. The performance was listed on Guardian’s “50 Greatest Moments in Jazz”. Inducted into the GRAMMY Hall of Fame, the jam session is widely considered the greatest jazz concert ever.

This concert was held at Massey Hall in Toronto, Canada on May 15, 1953, and was recorded by bassist Charles Mingus, who overdubbed some additional bass parts and issued it on his own Debut label as the Quintet's Jazz at Massey Hall. Charlie Parker (listed on the original album sleeve as "Charlie Chan") performed on a plastic alto, pianist Bud Powell was stone drunk from the opening bell, and Dizzy Gillespie kept popping offstage to check on the status of the first Rocky Marciano-Jersey Joe Walcott heavyweight championship bout. Subsequent editions of this evening were released as a double-live album (featuring Bud Powell's magnificent piano trio set with Mingus and Roach), dubbed The Greatest Jazz Concert Ever. The hyperbole is well-deserved, because at the time of this concert, each musician on Jazz at Massey Hall was considered to be the principle instrumental innovator within the bebop movement. All of these musicians were influenced by Charlie Parker, and their collective rapport is magical. As a result, their fervent solos on the uptempo tunes ("Salt Peanuts" and "Wee") seem to flow like one uninterrupted idea. "All the Things You Are" redefines Jerome Kern's classic ballad, with frequent echoes of "Grand Canyon Suite" from Bird and Diz, and a ruminative solo by Powell. And on Gillespie's classic "Night in Tunisia," the incomparable swagger of Bird's opening break is matched by the keening emotional intensity of Gillespie's daredevil flight. A legendary set, no matter how or when or where it's issued.

Recorded on May 15, 1953 at Massey Hall in Toronto, Canada.
Original Recording Produced by Charles Mingus.
24-bit Remastering by Joe Tarantino.