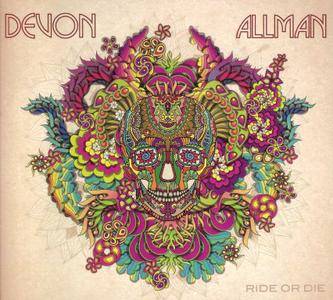 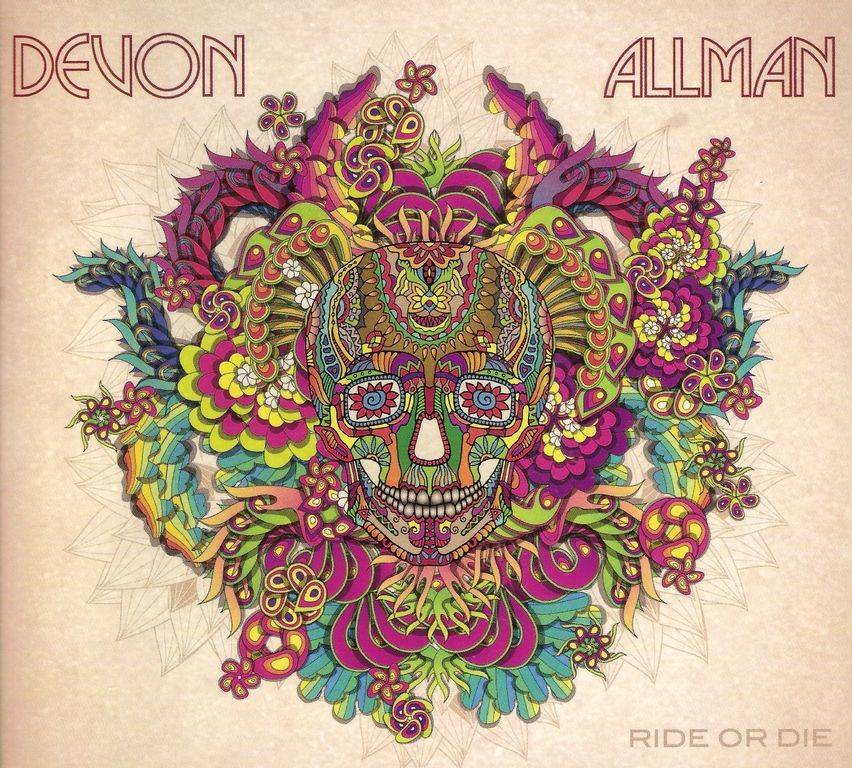 Desperate times call for dazzling records. Released on Ruf in September 2016, Devon Allman’s Ride Or Die acknowledges that life on Planet Earth is no picnic. On the flipside, this third solo album from one of America’s best modern writers reminds us there’s always hope. “The world is getting crazier by the minute,” says Allman. “These songs are about pain, addiction, storms, lust, death, and feeling sometimes that you’re utterly lost. But conversely, it’s about finding your place in the universe, rebirth, strength, redemption, vindication…”

Allman has walked many roads to earn his place at the head of the Southern rock scene. Followers of the US bandleader’s thrilling two-decade career have come to expect the unexpected, from his post-millennial breakout with Honeytribe, through chart-topping hook-ups with Jack Bruce and Javier Vargas, to acclaimed solo albums like 2013’s Turquoise and 2014’s Ragged & Dirty (praised by the UK’s Blues Magazine as “reminding you why the blues can be, quite simply, the best thing in the world”).

When the vocalist/guitarist parted ways with Royal Southern Brotherhood in 2014 – having played a pivotal role in the supergroup’s all-conquering early material – there was an audible gasp around the world. Thankfully, one spin of Ride Or Die vindicates Allman’s bold step into the unknown. “I needed to have my own canvas,” he explains, “to stretch out and paint on with no rules, only my visions. Freedom in artistry is essential. Who stands behind a painter and says, ‘Hmmm, no, maybe you should use blue there, not purple’? That’s not anyone I wanna have coffee with!”

Recorded at Nashville’s Sound Stage Studios and Switchyard Studios in May, Ride Or Die found Allman in good company, with the bandleader guiding the core lineup of Tom Hambridge (drums/co-production), Tyler Stokes (guitars) and Steve Duerst (bass) – and enlisting fairydust from Ron Holloway (saxophone), Bobby Yang (strings) and Kevin McKendree (keys). With the chemistry fizzing, it’s a mix that lives, breathes and grooves, the antithesis of the cut-and-paste jobs that hold sway in the Pro Tools era.

Writing all but two of the songs – either alone or in partnership with his compadres – Allman showcases his ability to catch what it means to be human, while following his muse wherever it leads him. On songs like the thumping opening gambit “Say Your Prayers” or the brittle jab of “Galaxies”, he invests blues-rock traditions with modern attitude and smarts. “Blues was born down South,” he says, “and it’s a massive part of the culture. But blues is a very open entity in my mind.”

Beyond the blues, this is a showcase for an artist with every colour in his palette. As you’d expect from a man with a famously sprawling vinyl collection – and a tattoo of Curtis Mayfield inked on his left bicep – there are nods here to every genre and era. “This album is really about mixing all of my influences,” says Allman of the varied mood. “Soul, rock, blues, alternative and more. It’s about making an artistic statement, not about fitting into any category. I produced this album to be an eargasm of emotion.”

On a tracklisting that runs the gamut, you’ll find the upbeat, horn-bolstered soul of Find Ourselves, alongside the rueful lyric and poignant lilt of Vancouver (“If I had a time machine, if I could get back somehow, I’d change so many things, and she’d be with me now”). “Live From The Heart” is a twelve-string acoustic stunner with one eye on the apocalyptic newspaper headlines, while “Butterfly Girl” is a smitten ballad warning of a woman who’ll “seduce and hypnotise you when she enters your world”.

Sonically, too, Ride Or Die is a record that pushes the envelope, whether that’s the pumping synth line that opens the cover of The Cure’s “A Night Like This”, or the Talkbox guitar solo on Lost that supports a lyric about fading dreams. “I haven’t produced my own record since 2010’s Space Age Blues,” says Allman. “We had a blast making this record, using the Talkbox for Lost and laying down the Hendrix-inspired section on Find Ourselves.”

Some musicians are content to simply spin their wheels, rehash the hits and pick up the pay-cheque. With Ride Or Die, Devon Allman announces once again that he’s an artist on the move – and invites you to ride shotgun as he takes this career-best new album out on the road through 2016. “You can expect pleasure, pain, and energy to soothe your troubled soul,” he says. “Come take the ride…” 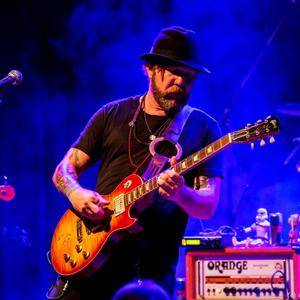 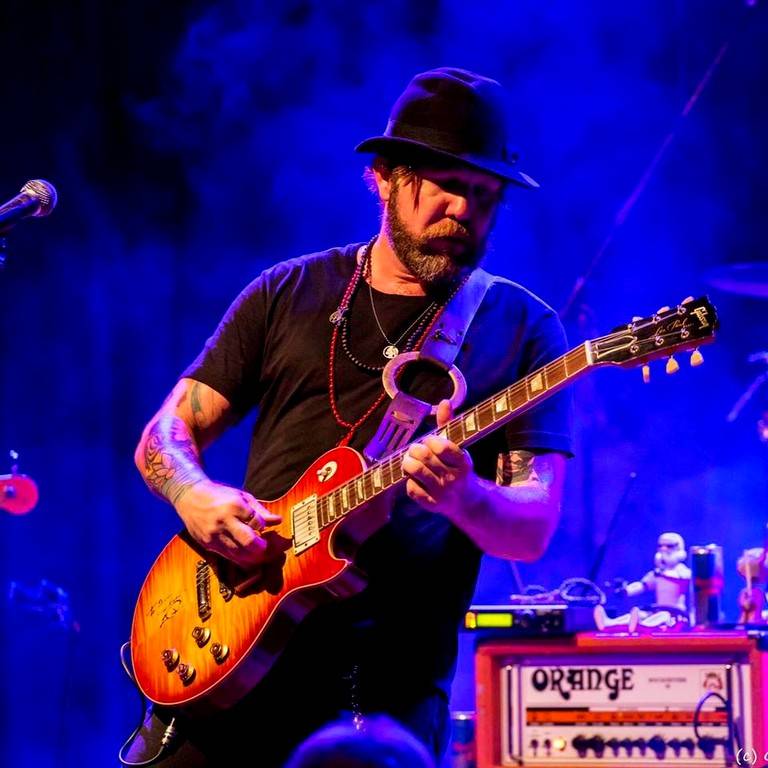 After leaving the Royal Southern Brotherhood in 2014 and issuing Ragged & Dirty, his own extended meditation on Chicago blues, guitarist/songwriter Devon Allman spent time playing with his father's road band and guested on Jeremiah Johnson's excellent Grind the same year. His solo re-emergence on Ride or Die is an exercise in spiritual and musical maturity. He plays guitar and bass, and provides passionate lead and backing vocals. He also produced some tracks solo and others with longtime compadre Tom Hambridge – who mixed and mastered it and played drums. Guitarist Tyler Stokes, bassist Steve Duerst, and keyboardist Kevin McKendree are also aboard, with saxophonist Ron Holloway and violinist Bobby Yang. Allman wrote or co-wrote all but two tracks. Hambridge contributed one and the set closes with a surprising cover. Allman's approach is still rooted in muscular electric blues (check the slamming opener – and first single – "Say Your Prayers"), but wraps these sounds in hooky hard rock, vintage soul (Northern and Southern), and rhythm & blues. "Find Ourselves," with its sweet, gritty tenor saxophone and swooping B-3, directly references Muscle Shoals, and Allman effectively advises the listener to rise up and grab onto life's purpose. This theme is recurrent. The album's title is used in the crackling "Galaxies," where Allman, buoyed by a stinging guitar line, Latin percussion, and swelling B-3, exhorts: "When galaxies collide/Will you ride or die?" While "Lost" and "Watch What You Say" are acoustically framed rockers that build to dynamic climaxes, "Shattered Times" is roiling, swampy electric funk. "Pleasure & Pain" is a midtempo soul-rock appeal to a beloved other who desires oblivion to escape the difficulties inherent in everyday life. With cracking breaks, Rhodes piano, and wrangling, jazzy guitar, he and his band bring the message home with conviction. "Hold Me," with its soul piano and finger-popping vintage rock & roll chorus, touches on early Smokey Robinson and Doc Pomus. "Live from the Heart" commences with a jangly 12-string, crisp snare, and simmering B-3. It transmutes into an unlikely yet direct homage to Curtis Mayfield. Simple, wise, and life-affirming lyrics combine with an irresistible hook, making it an album highlight. The closer is an excellent reimagining of the Cure's "A Night Like This" as a midtempo rocker complete with thundering electric guitars and a honking saxophone break. Allman beefs up the arrangement to be sure, but his singing is an unguarded expression of vulnerability offered in a deeply masculine, gritty, and soulful baritone. Ride or Die is convincing in part and as a whole. It's the first time that Allman shows full confidence in his music, that he no longer has anything to prove to anyone but himself. The fine songs on this date are to-the-bone expressions of his questions and convictions delivered in a compelling musical language. 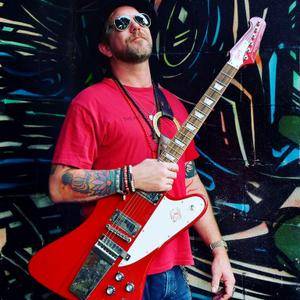 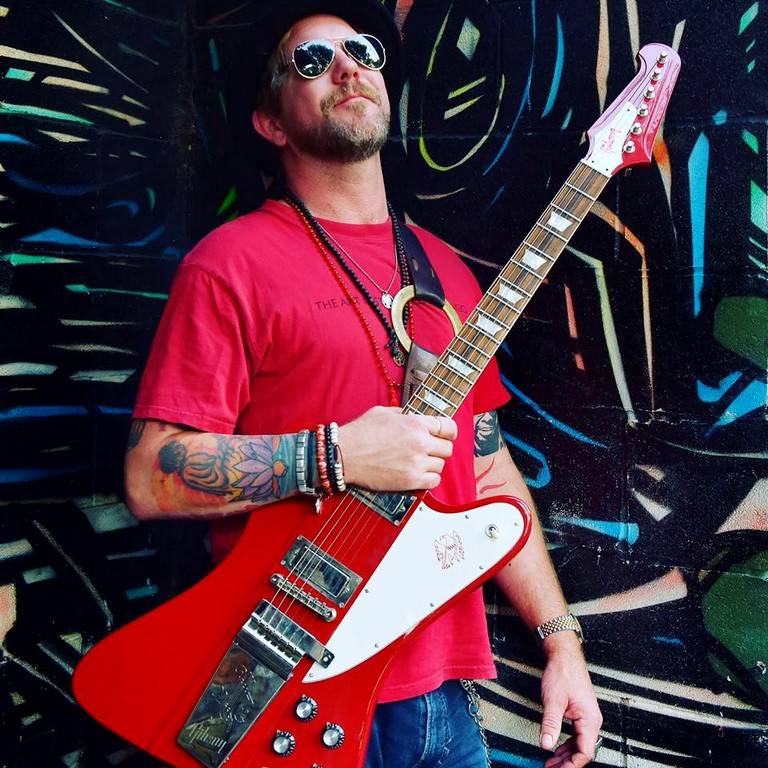 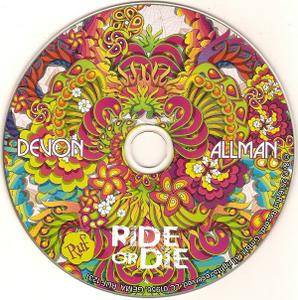 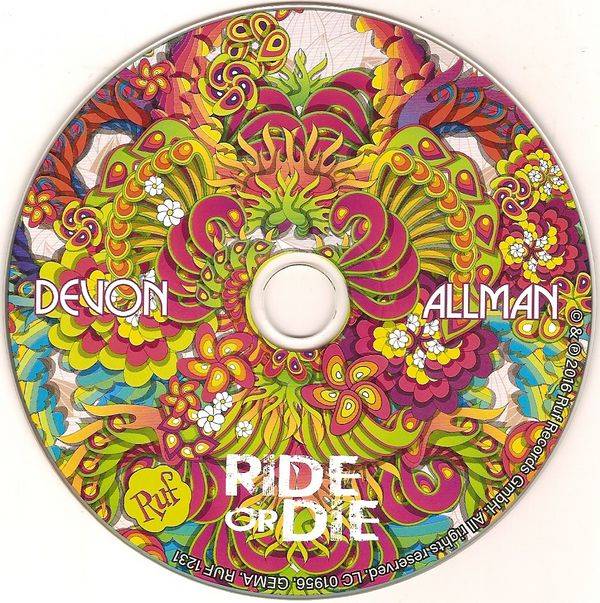 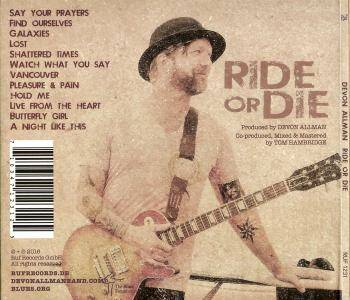 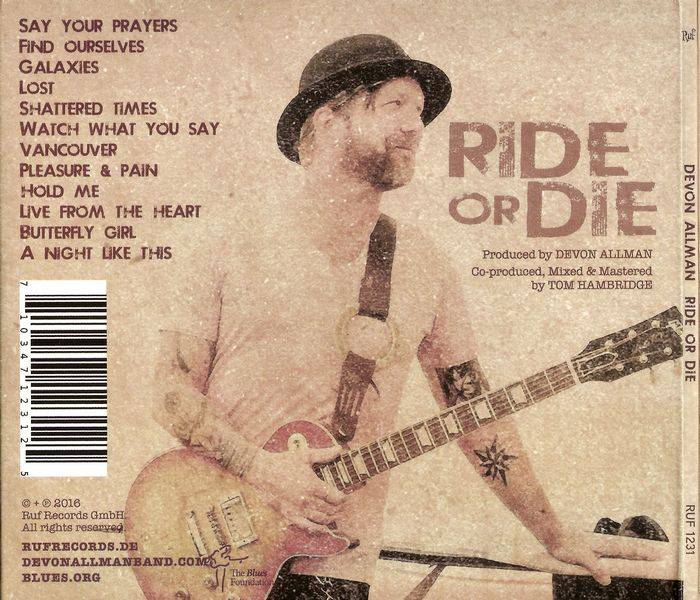