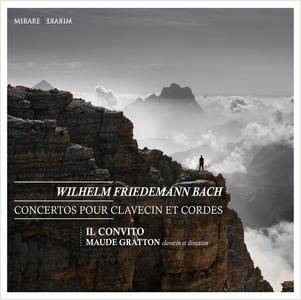 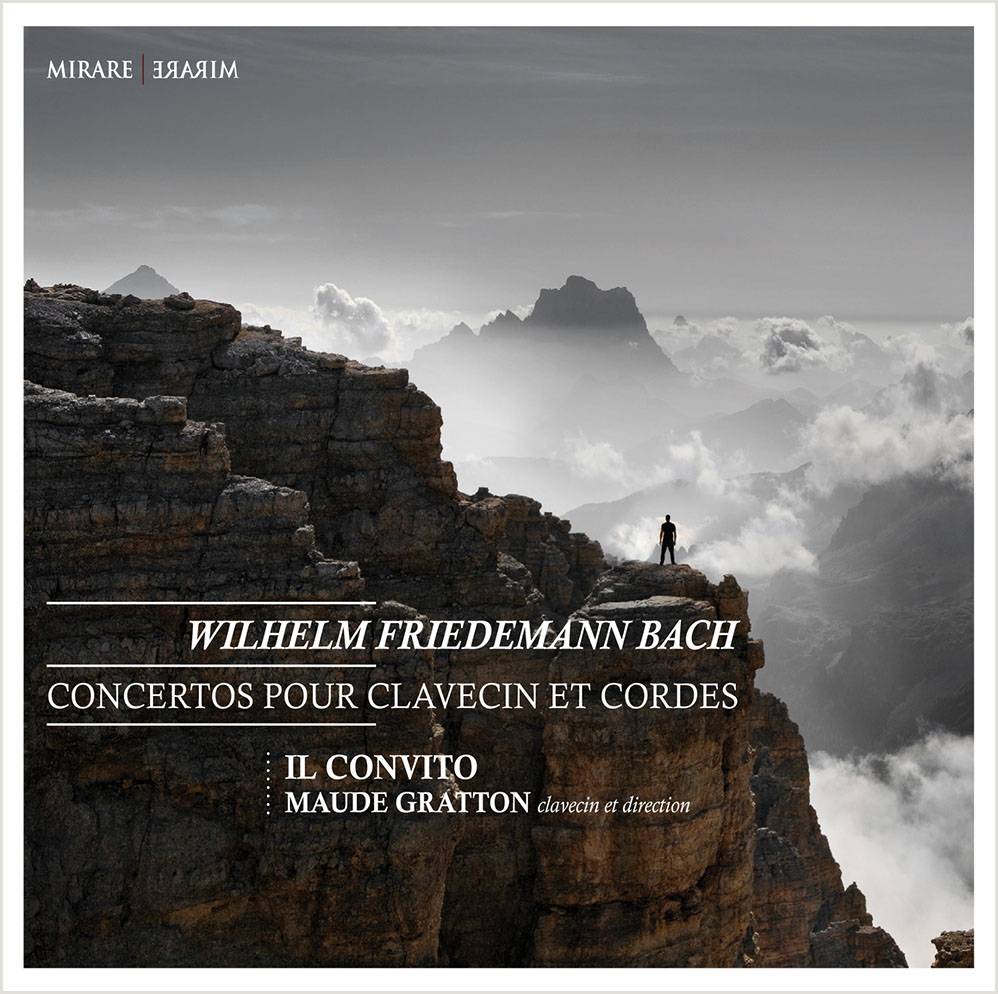 Overshadowed by his father, Johann Sebastian, and his brothers Carl Philipp Emanuel and Johann Christian, the music of Wilhelm Friedemann Bach provides a bridge between the high art of the first and expressive tendencies of Sturm und Drang. His Harpsichord Concertos, as performed here by Maude Gratton [of the Ricercar Consort] and Il Convito, offer a very successful synthesis of these two trends.

Bach’s eldest son, for whom the weight of his father’s inheritance – emotionally and otherwise – contributed to his dispersing the chattels to mitigate his famously precarious professional existence, finds glistening and characterful advocacy here in Maude Gratton’s brilliantly projected recital with her one-to-a-part string group, Il Convito. WF Bach often comes with a staple diet of reputational baggage (before one hears a note), but this programme challenges the notion that only the solo keyboard vignettes deserve a place in the repertoire.

From the beginning of the melancholic questing of the A minor Harpsichord Concerto to the highly wrought pushmi-pullyu of the significant E minor work, a riveting concentration of harmonic and textural detail emerges. It’s a style that sails a course straight between his father’s motivic tautness and the dissenting galant of his peers, and it finds its best expression in the framing works, from his early and late periods (c1730 and 1770).

What Gratton and Il Convito convey so persuasively in their assuaging and elegant performances is that, beyond Wilhelm Friedemann’s capricious figures, mental robustness and vulnerability cohabit as a kind of conceit. This is perfectly exemplified in the knotty Sinfonia, acting as one of two diverting links between the concertos: JSB’s muscularity at once yields to the fickle asides of CPE Bach but with Wilhelm Friedemann adding a dose of studied instability.

Whether it’s really all conceit or part-autobiography, the WFB experience is rarely relaxing. The layering of filigree, which doubtless encouraged Carl Zelter, Mendelssohn’s teacher, to judge his music as ‘petty and fussy’, is handled with exceptional sangfroid by Gratton and her colleagues, letting the music speak openly in her engaging and unforced solo playing, with the dark-hued strings responsive and mainly in tune.

Something never quite adds up in WF Bach. Paradoxically, intelligent recognition of this by performers leads to an idiosyncratic flair which is well worth exploring. Most beguiling is the little Minuet from the Sinfonia: a vignette, unsurprisingly. This is a release that tells us a little bit more about this talented but awkward offspring of a very great father.

It’s a well-known fact that but for August the Strong and Johann Sebastian Bach, Saxons would have been extinct as a people hundreds of years ago. As they would say in these two households: Issue is no issue. Rough estimates of the time count up to 492 children of Bach’s, that master of the grand organ. Maybe a couple less, but at least 20. One of them, the eldest son and going by the family nickname of “Nummer Zwei”, was Wilhelm Friedemann. It’s little wonder that with whatever public attention there can be, divided by so many composer-children, and with their father such a towering genius, there’s less historic room in the limelight for that letter-soup of Bach-sons — never mind other relatives — who also composed: C.P.E., G.H., J.C., J.C.F., J.G. and our W.F. at hand.

Of the four sons that composed seriously and lastingly, Wilhelm Friedemann probably ranks behind Carl Philipp Emanuel (the “Hamburg Bach”) and Johann Christian (the “London Bach”), but ahead of the “Bückenburg Bach”, Johann Christoph Friedrich. He ended up best known not for his own output but for his father’s keyboard instruction-manual, the “Klavierbüchlein für Wilhelm Friedemann Bach”. Well, you’d never know him to be overshadowed, listening to this release.

This is, now in all seriousness, a staggeringly terrific collection of W.F. Bach harpsichord concertos and sinfonias that sheds all the nonsense prejudice I have about galant style works. The Il Convito ensemble and director-soloist Maude Gratton play with such panache, there’s not a second’s time to question if this music is anything but great. It doesn’t sound like it sits uncomfortably between styles with which we are familiar, it simply rocks. The harpsichord is a Philippe Humeau copy of a 1770 Jean-Henry Silbermann instrument.

Bad Willy is depicted in accounts that one may have read second-hand descriptions of as a capricious, frittering man, unsuccessfully trying to escape his father’s shadow. It’s bound to be inaccurate to some degree, but there’ll be truth to it, too. Just look at his excellent portrait by Friedrich Georg Weitsch, which shows a flamboyantly rakish W.F., wearing a hat with such a coy attitude, you can see the feather in that cap, although it’s not even depicted. Now compare that to Thomas Gainsborough’s portrait of the youngest Bach son, Johann Christian, which is equally excellent and couldn’t be more different, with the serious, collected, confident young man shown. It makes the stories of W.F. as a socially maladroit, wildly talented virtuoso and reluctant pioneer of free-lance musicianship quite believable.

I have yet to develop keener ears for his music to determine with any accuracy the stylistic changes from his earlier – 1730s – to his later – 1770s – works on this disc, but since I’ll plop this one into the player many, many more times, I am confident that I will eventually. The liner notes are very enjoyable and well translated from French into English and German. All in all one of the very happy surprises on my desk, this year. 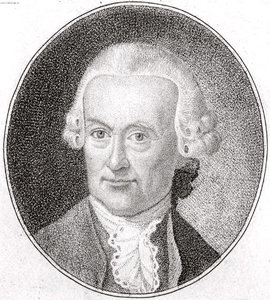 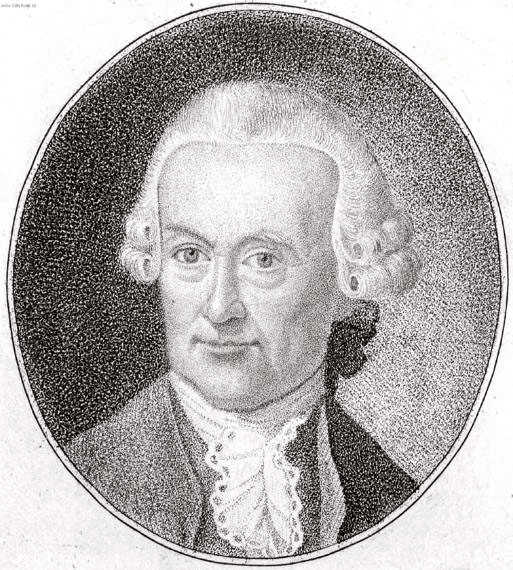 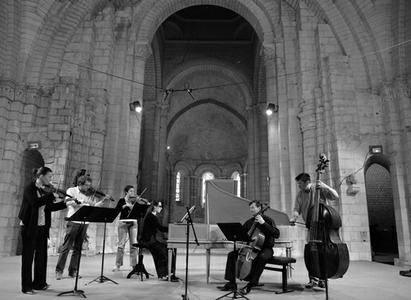 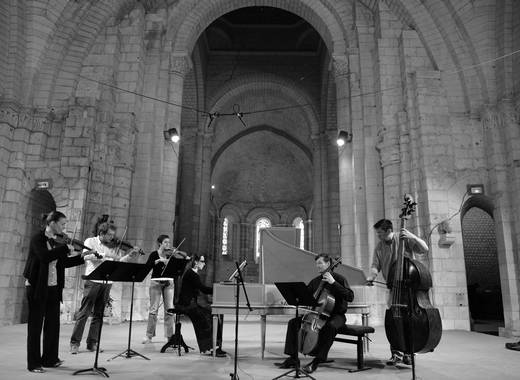 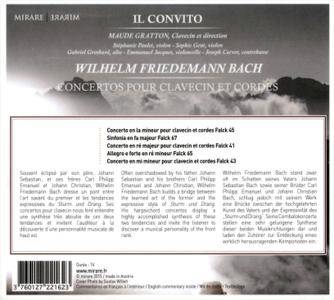 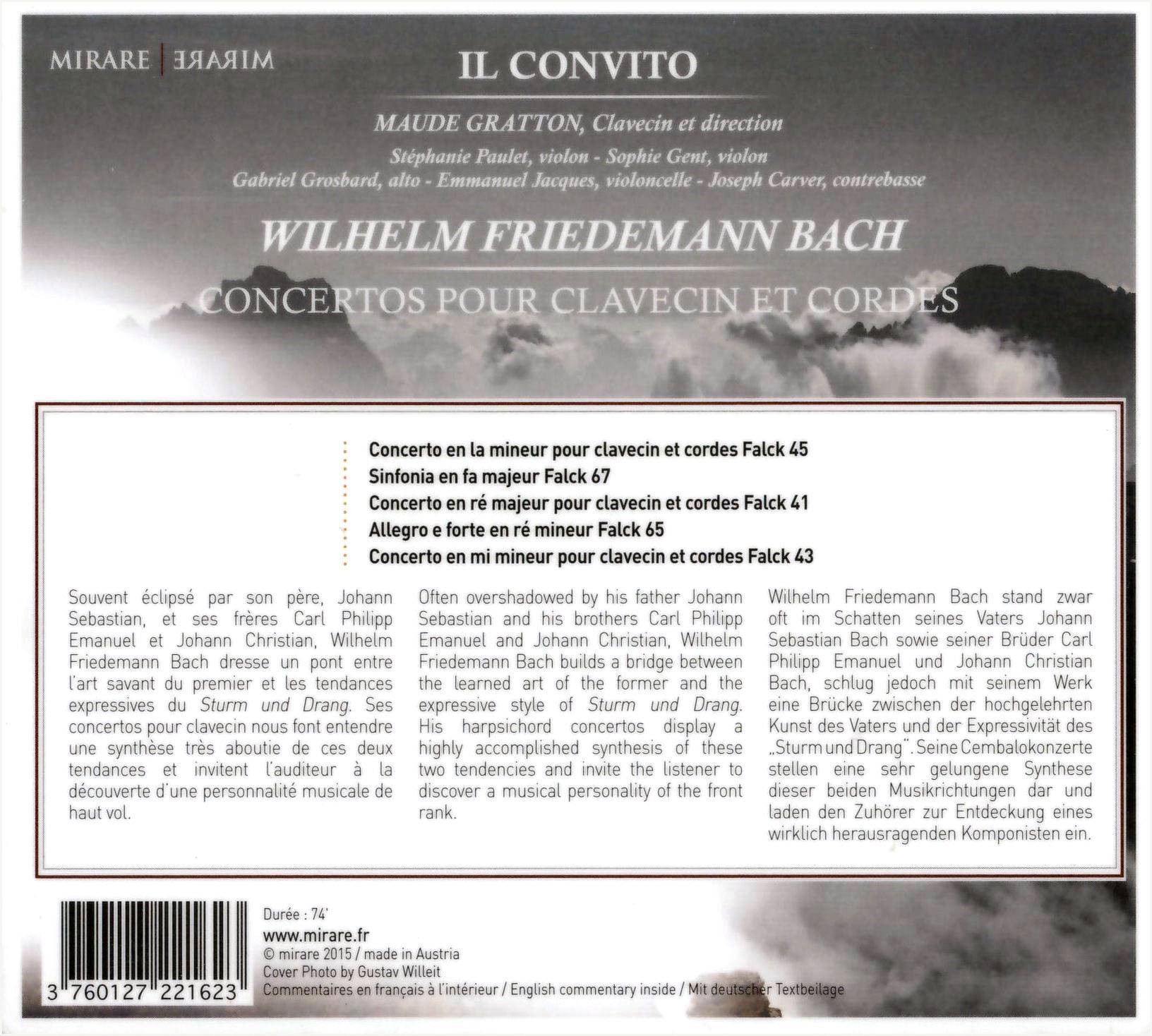