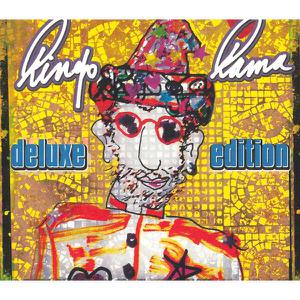 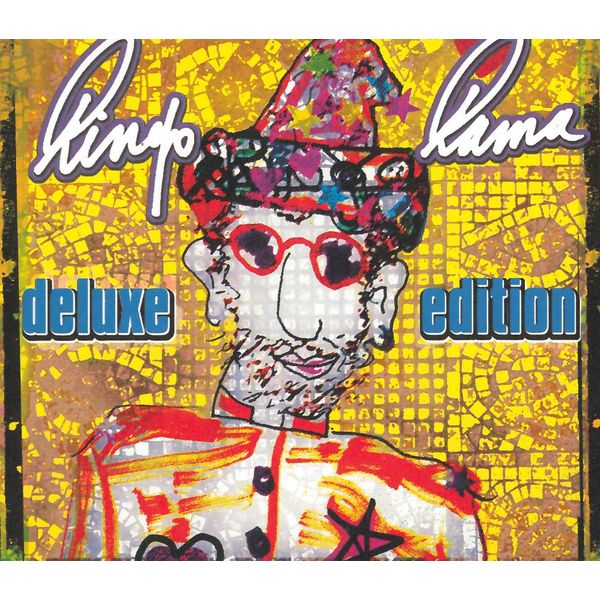 Ringo Starr anchored the Beatles with a smile and a thundering backbeat, qualities he'd never lose during the group's heyday or throughout his long solo career. Starr often took the spotlight in the Beatles – he stole scenes in their feature film debut, A Hard Day's Night, he sang "Yellow Submarine," the 1966 number one single that launched a 1968 psychedelic animated film of the same name – but he didn't start writing original material until the band's final years, penning "Don't Pass Me By" for The Beatles and "Octopus's Garden" for Abbey Road. While Ringo would pen a number of hits in the first years of his solo career – "It Don't Come Easy" and "Back Off Boogaloo," his first two U.K. Top Tens, were written by him alone – he'd soon rely on a blend of covers, originals, and songs given to him by his wide circle of friends, colleagues, and admirers.

He'd rely on this group in the third act of his career, when he formed the All-Starr Band in 1989. Over the years, the lineup of the All-Starr Band would change, but the group remained a constant for Starr, allowing him to tour the world on a regular basis. Ringo revived his solo career with 1992's Time Takes Time, an album that performed a similar function in the studio as the All-Starr Band did on-stage: it opened up the door to steady work as a performer. Starr continued to tour with the All-Starr Band and record on his own into the 2020s, turning out collections of new music nearly as often as he launched new tours. Upon the Beatles' split, Starr went solo with two novelty projects: the first, an album called Sentimental Journey, found him covering pre-rock standards, and the second, Beaucoups of Blues, was a country music collection. Starr then scored Top Ten hits with two non-album singles, "It Don't Come Easy" in 1971 and "Back Off Boogaloo" in 1972. He paired with producer Richard Perry one year later and, with assistance from the three other ex-Beatles, made Ringo, which featured two number one hits, "Photograph" and "You're Sixteen." "Oh My My," a Top Ten hit, was also included, and those three singles helped push the album to platinum certification. Almost as successful was the 1974 follow-up Goodnight Vienna, which featured the hits "Only You" and "No No Song." Starr continued to issue widely released albums through 1981, though with diminishing success. His 1983 effort Old Wave did not find a U.S. distributor. Starr was also suffering from the excesses of his lifestyle, but by the late '80s he had cleaned up his act and put together a new lineup, the "All-Starr Band," which toured in 1989. Featuring a rotating lineup of high-profile musicians – Joe Walsh, Nils Lofgren, and Levon Helm among them – the All-Starr Band went on to tour multiple times during the following two decades. Starr never forgot about his solo career, however, and in 1992 he signed to Private Music and released a new studio album, Time Takes Time. He also made something of a comeback with 1998's Vertical Man – his first album for Mercury – which was released after the surprising success of the Beatles' Anthology project. The world had seemingly rediscovered its love for the Beatles, and Vertical Man cracked the charts in Europe and America, making it Ringo's most commercially successful record since the 1970s. A live album culled from his performance on the VH1 Storytellers series was also released in 1998. Starr's first seasonal effort, I Wanna Be Santa Claus, appeared in 1999. He issued two studio records during the early 2000s: Ringorama in 2003 and Choose Love in 2005, both of them released by the Koch label. In 2006, he made a guest appearance on Jerry Lee Lewis' album Last Man Standing and toured with another edition of his All-Starr Band, this time featuring Sheila E. and Edgar Winter. The 2007 release PBS Soundstage Live featured a show recorded two years earlier in Chicago. Also issued in 2007 was the definitive Photograph: The Very Best of Ringo Starr. Ringo toured with his tenth All-Starr ensemble in 2008, populating the lineup with past participants (Colin Hay, Billy Squier, Hamish Stuart, and Edgar Winter) and new additions (keyboardist Gary Wright and drummer Gregg Bissonette). A Surround Sound collection of tracks from Ringorama and Choose Love, 5.1: The Surround Sound Collection, appeared in 2008, as did his 14th studio album, Liverpool 8. Two years later, Starr returned with Y Not, whose lead single found him duetting with former bandmate Paul McCartney. Ringo 2012, his 17th solo album, appeared in 2012, and featured guest spots from Charlie Haden, Van Dyke Parks, Kenny Wayne Shepherd, Dave Stewart, Benmont Tench, Joe Walsh, Don Was, and Edgar Winter, among others. Three years later came Postcards from Paradise, the first record featuring collaborations with his touring All-Starr Band. Just prior to the album's release, it was announced that Starr would be inducted into the Rock & Roll Hall of Fame that year. In July 2017, Starr released "Give More Love," the first single from his 19th studio long-player, also called Give More Love, which appeared in September. Two years later, he returned with What's My Name, which featured his cover of John Lennon's "Grow Old with Me." Starr released Zoom In, an EP largely recorded during the COVID-19 lockdown of 2020, in March 2021. It was followed six months later by another EP, Change the World.