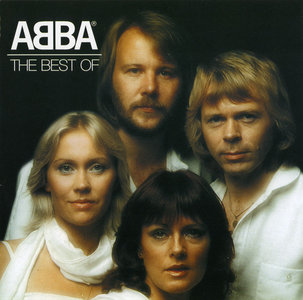 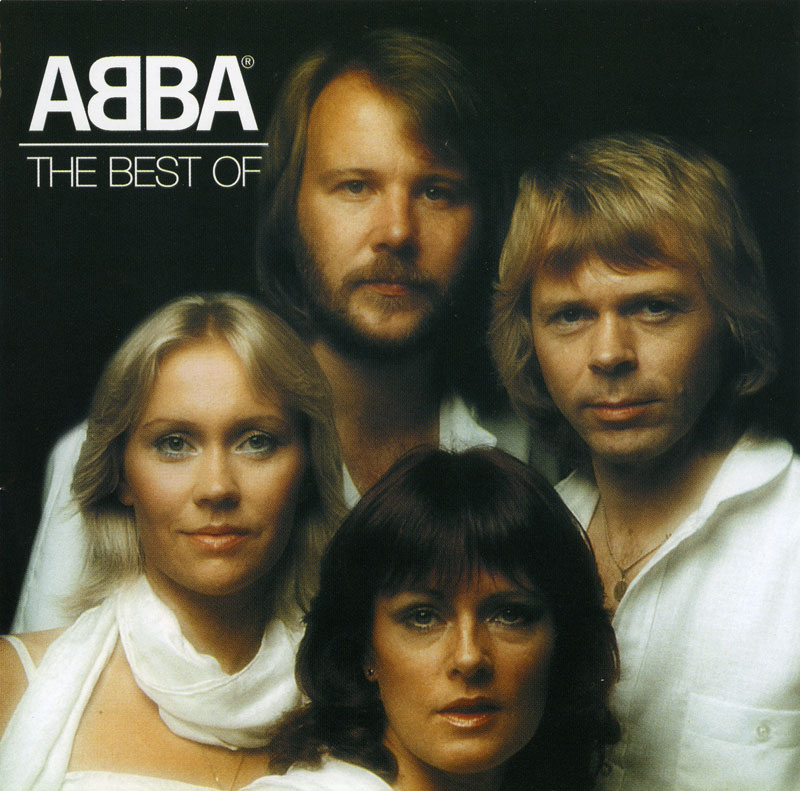 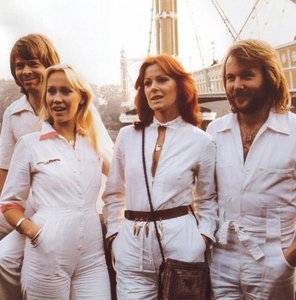 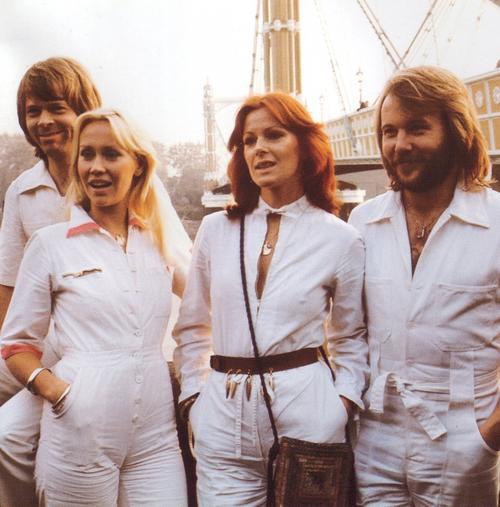 The most commercially successful pop group of the 1970s, the origins of the Swedish superstars ABBA dated back to 1966, when keyboardist and vocalist Benny Andersson, a onetime member of the popular beat outfit the Hep Stars, first teamed with guitarist and vocalist Bjorn Ulvaeus, the leader of the folk-rock unit the Hootenanny Singers. The two performers began composing songs together and handling session and production work for Polar Music/Union Songs, a publishing company owned by Stig Anderson, himself a prolific songwriter throughout the 1950s and 1960s. At the same time, both Andersson and Ulvaeus worked on projects with their respective girlfriends: Ulvaeus had become involved with vocalist Agnetha Faltskog, a performer with a recent number one Swedish hit, "I Was So in Love," under her belt, while Andersson began seeing Anni-Frid Lyngstad, a one-time jazz singer who rose to fame by winning a national talent contest.

In 1971, Faltskog ventured into theatrical work, accepting the role of Mary Magdalene in a production of Andrew Lloyd Webber's Jesus Christ Superstar; her cover of the musical's "Don't Know How to Love Him" became a significant hit. The following year, the duo of Andersson and Ulvaeus scored a massive international hit with "People Need Love," which featured Faltskog and Lyngstad on backing vocals. The record's success earned them an invitation to enter the Swedish leg of the 1973 Eurovision song contest, where, under the unwieldy name of Bjorn, Benny, Agnetha & Frida, they submitted "Ring Ring," which proved extremely popular with audiences but placed only third in the judges' ballots.

The next year, rechristened ABBA (a suggestion from Stig Anderson and an acronym of the members' first names), the quartet submitted the single "Waterloo," and became the first Swedish act to win the Eurovision competition. The record proved to be the first of many international hits, although the group hit a slump after their initial success as subsequent singles failed to chart. In 1975, however, ABBA issued "S.O.S.," a smash not only in America and Britain but also in non-English speaking countries such as Spain, Germany and the Benelux nations, where the group's success was fairly unprecedented. A string of hits followed, including "Mamma Mia," "Fernando," and "Dancing Queen" (ABBA's sole U.S. chart-topper), further honing their lush, buoyant sound; by the spring of 1976, they were already in position to issue their first Greatest Hits collection.

ABBA's popularity continued in 1977, when both "Knowing Me, Knowing You" and "The Name of the Game" dominated airwaves. The group also starred in the feature film ABBA – The Movie, which was released in 1978. That year Andersson and Lyngstad married, as had Ulvaeus and Faltskog in 1971, although the latter couple separated a few months later; in fact, romantic suffering was the subject of many songs on the quartet's next LP, 1979's Voulez-Vous. Shortly after the release of 1980s Super Trouper, Andersson and Lyngstad divorced as well, further straining the group dynamic; The Visitors, issued the following year, was the final LP of new ABBA material, and the foursome officially disbanded after the December 1982 release of their single "Under Attack."

Although all of the group's members soon embarked on new projects – both Lyngstad and Faltskog issued solo LPs, while Andersson and Ulvaeus collaborated with Tim Rice on the musical Chess – none proved as successful as the group's earlier work, largely because throughout much of the world, especially Europe and Australia, the ABBA phenomenon never went away. Repackaged hits compilations and live collections continued hitting the charts long after the group's demise, and new artists regularly pointed to the quartet's inspiration: while the British dance duo Erasure released a covers collection, ABBA-esque, an Australian group called Bjorn Again found success as ABBA impersonators. In 1993, "Dancing Queen" became a staple of U2's "Zoo TV" tour – Andersson and Ulvaeus even joined the Irish superstars on-stage in Stockholm – while the 1995 feature Muriel's Wedding, which won acclaim for its depiction of a lonely Australian girl who seeks refuge in ABBA's music, helped bring the group's work to the attention of a new generation of moviegoers and music fans. 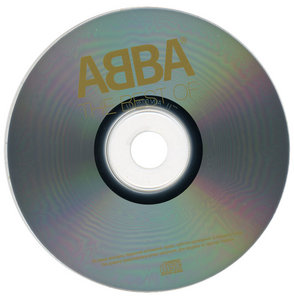 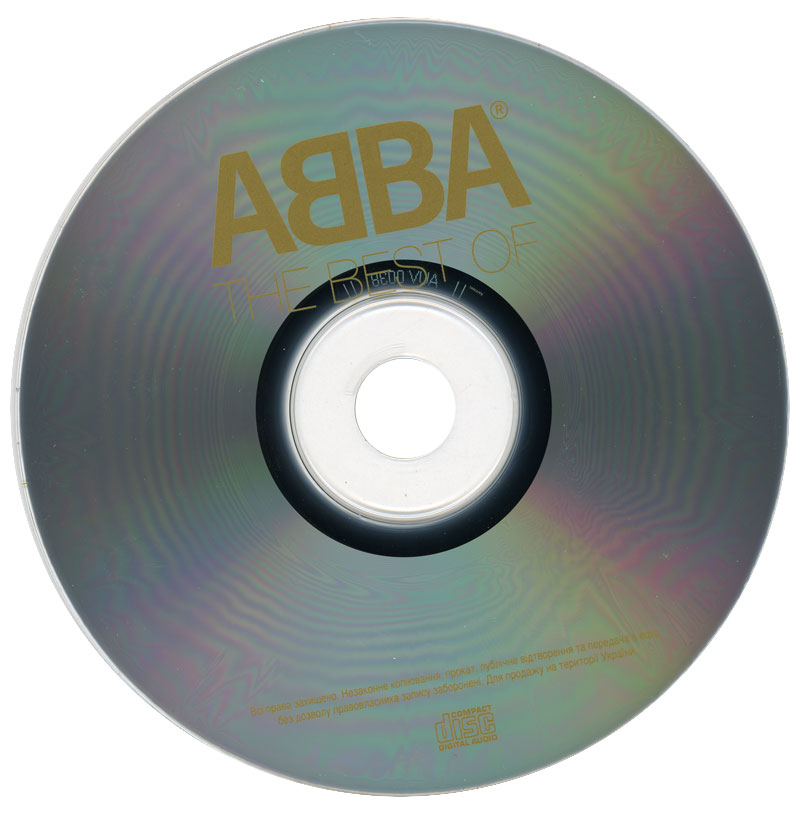 ABBA / The Best Off 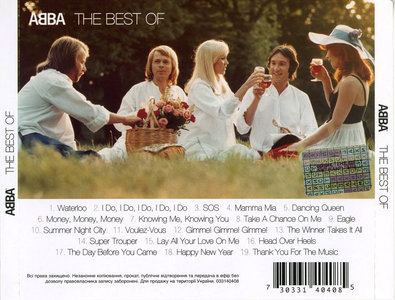 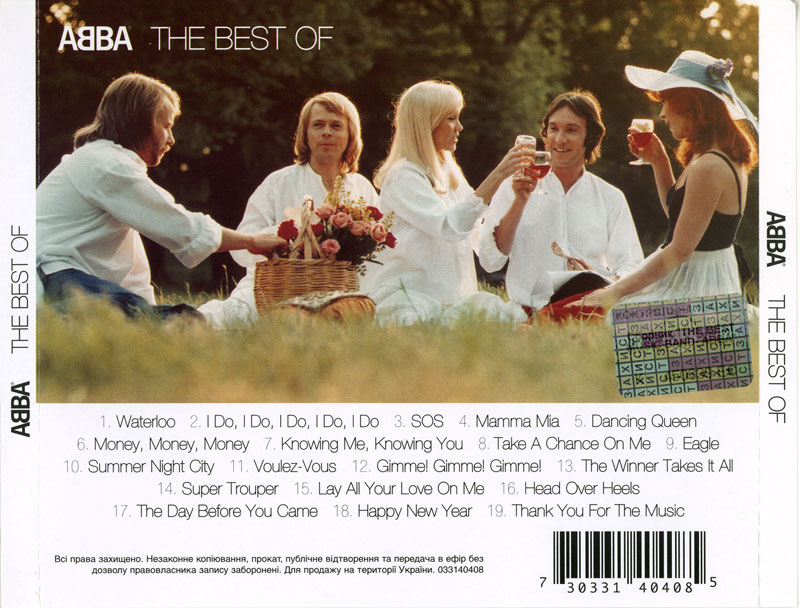 ABBA in my blog