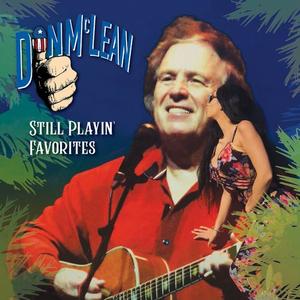 Known for the huge hit "American Pie", which earned him the number one American for four weeks in 1972 and in other English-speaking countries, the composer Don McLean (born Donald McLean III in New Rochelle, New York, on October 2, 1945) saw his songs covered by Elvis Presley and Madonna. 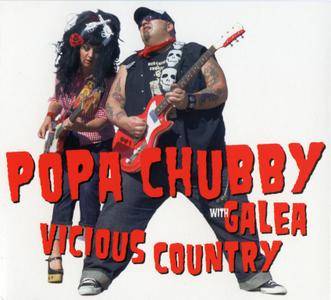 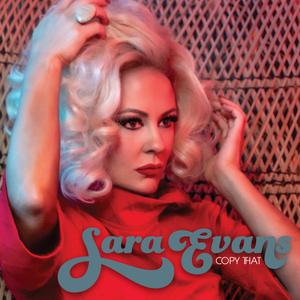 “I started onstage when I was four years old in cover bands with my brothers, so I've been waiting my entire career for the right time to do a covers record,” Sara Evans tells Apple Music. More than two decades into her recording career, recognizing that both her interest in brightly lit country-pop singles and her chance at radio success have faded, she’s gotten back to her roots her way. Over the course of 13 tracks, Evans reinterprets vintage crowd-pleasers, many of them plucked from a plushly orchestrated era of ’70s and ’80s pop rock like Fleetwood Mac and the Pretenders, with a couple of more recent pop tunes and country classics thrown in. “I just wanted to flex my muscles and show people what I can do,” she says. “There's so many sides to me and so much to my personality other than just people thinking I'm just a straight country singer.” She made the new album a family affair by featuring the vocal and instrumental talents of her own progeny, and enlisted a co-producer, Jarrad Kritzstein, from outside her circle because she was taken with how he blended subtle eccentricities, moody warmth, and finesse on Ruston Kelly’s 2018 breakthrough Dying Star. 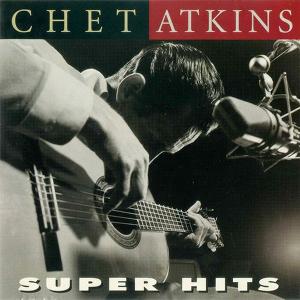 Super Hits is a bargain priced collection of some of guitarist Chet Atkins 'hits.' Atkins has been well-recorded over the span of his great career in a variety of settings and this is a fairly representative set, but a bit too short at just under 25 minutes. Whether covering pop tunes in an easy listening style or some good 'ol fashioned finger-picking, Atkins technique and tone are impeccable. This recording is a fine introduction to new fans (despite no liner notes); however, this is only a microcosm of his expansive talents as a guitar legend. 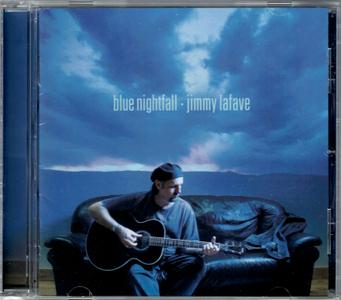 On his seventh offering, and his first since 2001's Texoma, Okie beatnik cum Austin songwriter Jimmy LaFave listens deeply to the tender whispers of his Muse and lets flow with his most personal offering to date. LaFave has always given us song pictures of an America that has either disappeared or is on the verge; he has celebrated its highways, its people, and its heart. He has also given us some choice love songs. But on Blue Nightfall he has gone deep into the latter theme and has come up with a beauty. It's not that he's ignored his other concerns; there are road songs and topical tunes as well. But it's in LaFave's love songs that listeners get to hear a depth and vastness that feel new. LaFave's voice is his greatest asset and he uses it to great effect here, and his production is spot-on throughout. The title track, "Revival," "Sweet Sweet Love," "When You Were Mine," and "Rain Falling Down" are all broken-hearted ballads, colored in woven and textured acoustic and electric guitars accented by Radoslav Lorkovik's accordions, pianos, and organs, and supported by a taut yet subtle rhythm section in bassist Will Landin and drummer Wally Doggett. 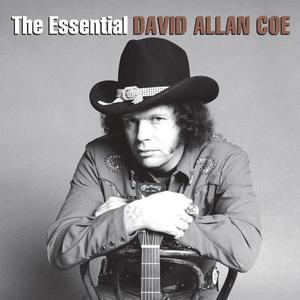 David Allan Coe - The Essential David Allan Coe (2021)
FLAC tracks | 2:27:46 | 901 Mb
Genre: Rock, Blues, Folk, Country / Label: Columbia Nashville Legacy
David Allan Coe (born September 6, 1939) is an American singer and songwriter. Coe took up music after spending much of his early life in reform schools and prisons, and first became notable for busking in Nashville. He initially played mostly in the blues style, before transitioning to country music, becoming a major part of the 1970s outlaw country scene. His biggest hits were "Mona Lisa Lost Her Smile", "The Ride", "You Never Even Called Me by My Name", "She Used to Love Me a Lot", and "Longhaired Redneck". His most popular songs performed by others are the number-one hits "Would You Lay With Me (In a Field of Stone)" sung by Tanya Tucker and Johnny Paycheck's rendition of "Take This Job and Shove It". The latter inspired the movie of the same name. Coe's rebellious attitude, wild image, and unconventional lifestyle set him apart from other country performers, both winning him legions of fans and hindering his mainstream success by alienating the music industry establishment.. Coe continues to be a popular performer on the country music circuit.
2020 2021 David Allan Coe FLAC Lossless Blues Country Pop Rock Pop Rock English Blues Rock
Details 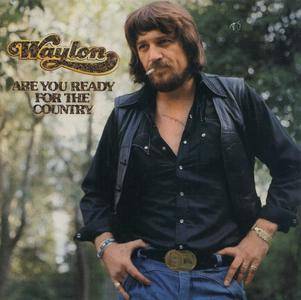 If the heavy-hitters of outlaw country were acting like rock stars during their mid-'70s peak, then perhaps it was inevitable that the outlaws would start singing rock songs – which is precisely what Waylon Jennings did on 1976's Are You Ready for the Country. Although the title is taken from Neil Young's song – which provides an absolutely storming opener for this ten-song record – there is a bit of a jibe to its sentiment as well, since Waylon not only sings Young, but also the Marshall Tucker Band and Dr. Hook, along with reviving Jimmy Webb's "MacArthur Park." That selection of material indicates not just the increasing rock-isms of Waylon and the outlaws, it also indicates that Jennings' focus was beginning to blur slightly as he lost the sense of purpose that propelled his records of the first half the '70s, from The Taker/Tulsa to Dreaming My Dreams. Here, the music hasn't really changed, but the flow is no longer seamless and the shifting tones can be a little jarring. 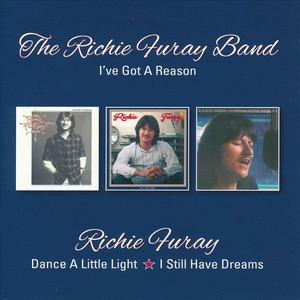 Digitally remastered two CD set containing a trio of albums from the country rock pioneer. Former Buffalo Springfield, Poco and Souther-Hillman-Furay Band member's three solo albums dating from 1976, 1978 and 1979. In recent years he has performed as a solo artist and occasionally with ex-Poco members, as well as Buffalo Springfield reunions. 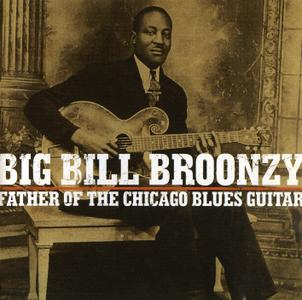 Big Bill Broonzy was viewed as a beloved country blues player when he died in 1958, a master of raw and authentic-sounding folk-blues. But this public image, although Broonzy worked hard to maintain it in his later years, does him a bit of a disservice. He was much more than a rustic relic, however well he played the part. Broonzy was an excellent and even sophisticated guitarist, starting out in the '30s as a rag and hokum player but he was versatile enough to work with jazz and R&B combos, and his guitar approach was instrumental in the early formation of the Chicago blues sound. He was also a crafty songwriter, who managed to write blues pieces that bridged the line between traditional blues themes and modern structure. This 21-track collection focuses mostly on his early solo acoustic material, although there are some band pieces included as well toward the end of the sequence. 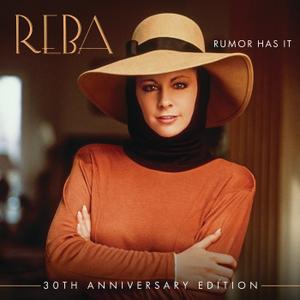 Reba McEntire will be re-releasing her Triple Platinum album - Rumor Has It on September 11th. It is the 30th Anniversary of this iconic album and to help celebrate this, the album will have bonus tracks that have never before been released. Rumor Has It is the 17th studio album by Reba McEntire. It was released on September 4, 1990. The album contained 4 Top 10 hits including- "Rumor Has It", "Fancy", and the #1 Song-"You Lie". The album reached #2 on the Top Current Country Albums chart. 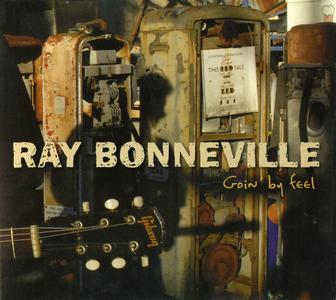 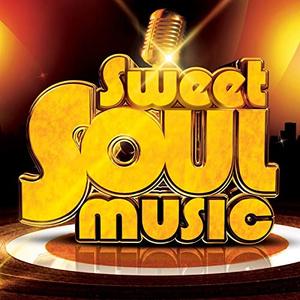 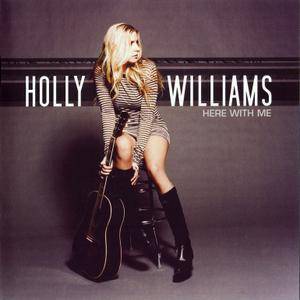 If it's hard to follow in the footsteps of a famous parent, it must be even tougher to do so when said parent is the offspring of a music legend. Singer/songwriter Holly Williams not only faces the daunting task of standing in the long shadow cast by her father, rough-and-tumble country outlaw Hank Jr., but the even longer shadow cast by the grandfather she never knew, country progenitor Hank Williams. While most famous offspring are lacking in the talent department and have to lean heavily on their family name, Williams doesn't. The comely singer drips talent on her Mercury Nashville debut, Here with Me. Her music is a pop-Americana hybrid, raw and real while at the same time polished to a beautiful shine. 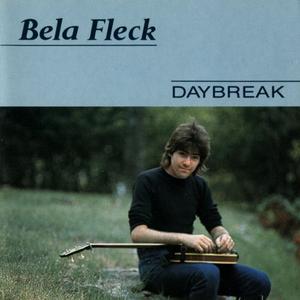 Released the same year as PLACES, 1987's DAYBREAK has less of the eclecticism of the former outing, but still captures banjo player Bela Fleck merging his bluegrass roots with forays into other genres (fusions he would perfect with his '90s outfit the Flecktones). The lead-off track, "Texas Barbeque," shows Fleck can still pick his way masterfully through the bluegrass idiom, but the following cut, a version of Chick Corea's romantic, pulsing composition "Spain" (with banjo and mandolin taking the lead lines), proves Fleck is no straight-laced traditionalist. Likewise, the Celtic-flavored "Growling Old Man and the Grumbling Old Woman," the Fats Waller rag "How Can You Face Me Now," and the sweeping ballad "The Natural Bridge Suite" have Fleck moving all over the musical map with grace and ease. 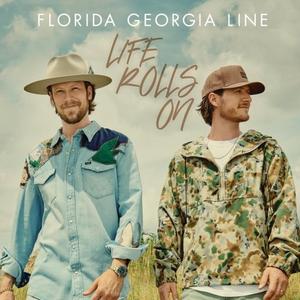