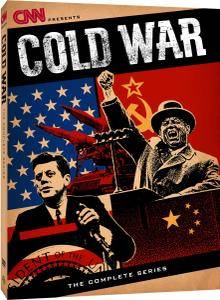 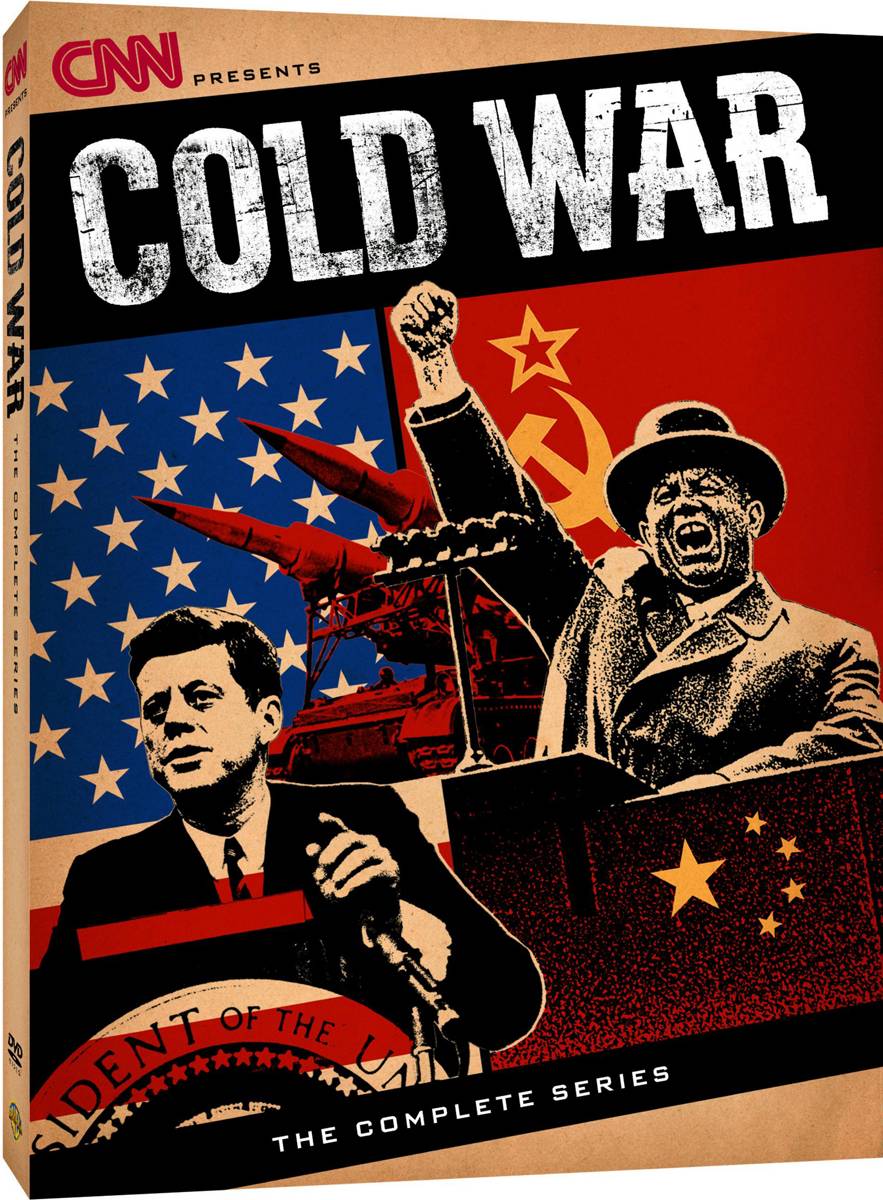 If anything defined the 20th century as the age of anxiety, it's the Cold War with its ultimate no-win nuclear endgame. While conflicts in Korea and Vietnam dragged on, providing the traditional images of modern warfare, some of the conflict's most dangerous battles were invisible–tactical, intellectual, and fought primarily in the minds and war rooms of U.S. and Soviet leaders: Kennedy, Krushchev, Castro, Kissinger, Gorbachev, and Reagan. This 8-volume, 24-episode series, narrated by Kenneth Branagh, is a comprehensive history that examines the key events of the arc of the Soviet Union, from its birth to its fall, and provides a thorough analysis of what was going on behind closed doors. Informed by the stories of 500 eyewitnesses–from citizens and soldiers to historians and statesmen–and strengthened by painstaking reconstruction of archival historical film footage, CNN's Cold War is a heroic undertaking and a sweeping chronicle of the world's most fragile decades.
Note that the highest resolution available for this now out-of-print series is VHS - To the great disappointment of documentarians, Cold War scholars, students and instructors, and history lovers the world over, Time Warner has completely ceased publication of this series, has taken down its equally vast and comprehensive Cold War website and will likely never release this documentary on DVD. Nonetheless this series is unprecedented for its comprehensiveness, its vast array of interviews with many direct participants who are now unfortunately, no longer with us, and its huge collection of archival footage from both sides of the Iron Curtain. It is a story that must be told and shared throughout the world; for over forty years life itself on the planet literally hung in the balance of this high-stakes chessgame between two colossal superpowers.
As each of these 24 episodes is seeded I plan to add on the MVGroup forum release post a more comprehensive synopsis of each episode - describing in greater detail the topics covered, brief biographical information of interview participants and their roles, and highlights of the archival footage included.

EPISODE ONE: Comrades (1917-1945)
Original Airdate: September 27, 1998
Though ideological enemies, the Soviet Union and the U.S. are allies against Hitler during WWII. At the end of the war, Europe is divided, and the one-time allies now confront each other. The U.S. has the atomic bomb.

EPISODE TWO: The Iron Curtain (1945-1947)
Original Airdate: October 4, 1998
The Soviet Union dominates Eastern Europe. Churchill warns of the consequences. Stalin insists that the governments of the Soviet Union's client states be pro-communist. Impoverished after the war, Great Britain opts out as a world power. The U.S. assumes the mantle of world leadership.

EPISODE FOUR: Berlin (1948-1949)
Original Airdate: October 18, 1998
In Berlin, the American, British and French sectors form a Western enclave in the Soviet zone of divided Germany. In June 1948, the Soviets blockade the city, but the Western allies successfully airlift in supplies. In August 1949, Soviet scientists explode an atomic bomb, establishing nuclear parity between the two superpowers.

EPISODE FIVE: Korea (1949-1953)
Original Airdate: October 25, 1998
In June 1950, North Korea invades the South, with Stalin’s blessing. The United States, backed by the United Nations, defends South Korea, and then is confronted by communist China. In mid-1951, the war grinds to a bloody stalemate but eventually an armistice is signed. Aggression has been contained.

EPISODE SIX: Reds (1947-1953)
Original Airdate: November 1, 1998
Following Stalin’s domination of Eastern Europe and the loss of China, American democracy falls victim to anti-communist hysteria, but survives it. Eisenhower is elected President. In the Soviet Union, Stalin reinforces the climate of terror on which his rule is based. When he dies, in 1953, the Soviet people mourn the end of an era.

EPISODE SEVEN: After Stalin (1953-1956)
Original Airdate: November 8, 1998
Thaw is conceivable with Stalin's death. Khrushchev outmaneuvers Malenkov for power and visits the West. Germans, Poles and Hungarians attempt to rise against Soviet rule. In 1956, an uprising in Hungary is ruthlessly crushed by Soviet tanks. The U.S., pledging to contain rather than overthrow communism, does nothing.

EPISODE EIGHT: Sputnik (1949-1961)
Original Airdate: November 15, 1998
In the mid-50's the Soviet Union seems to be forging ahead. In October 1957, the first Soviet satellite Sputnik orbits the earth–much to the dismay and fear of the U.S., frustrated by its own ineffectual space program. In 1961, the Soviets launch Yuri Gagarin into space. America will have to meet the challenge.

EPISODE NINE: The Wall (1959-1963)
Original Airdate: November 22, 1998
The fate of Germany remains unresolved. West Germany has been admitted to NATO. Within East Germany, Berlin is divided between East and West by an open border. Thousands seize the chance to flee the communist system. To keep their people in, the East Germans, with Soviet backing, build the Berlin Wall.

EPISODE TEN: Cuba (1959-1962)
Original Airdate: November 29, 1998
Khrushchev decides, with Castro's agreement, to install short and medium-range missiles in Cuba, only 90 miles from the U.S. The U.S. detects missile sites and blockades the island. The superpowers confront each other; rather than embark on nuclear war, they each step back. It was close.

EPISODE ELEVEN: Vietnam (1954-1968)
Original Airdate: December 6, 1998
Vietnam has been divided since the end of French colonial rule. The North is run by communists, the South by anti-Communists. Ignoring warnings against involvement in a nationalist struggle, the United States commits its armed forces. American protests against the war mount. The U.S. realizes this is not a war it can win.

EPISODE TWELVE: MAD (1960-1972)
Original Airdate: December 13, 1998
Throughout the 60’s, the U.S. and the Soviet Union are locked in a nuclear stand-off; each realizes that bombing the enemy could provoke retaliation and self-destruction. Nuclear strategy evolves into Mutual Assured Destruction, or MAD, in which both sides are guaranteed certain annihilation in the event of nuclear war.

EPISODE THIRTEEN: Make Love, Not War - The Sixties
Original Airdate: January 10, 1999
Western economies grow and prosper, fueled partly by armaments production. Rejecting their parents' affluence and the Cold War, many of the young protest and rebel. There is racial violence in U.S. inner cities. Rock music expresses the mood of a disenchanted generation.

EPISODE FIFTEEN: China (1949-1972)
Original Airdate: January 24, 1999
Chinese communists win the longest civil war in 20th century history. Mao's land reforms are popular but in 1958, he embarks on a series of catastrophic changes. China maintains an increasingly uneasy relationship with the Soviet Union. In 1960, the Sino-Soviet split paves the way for President Nixon's historic visit to Beijing.

EPISODE SIXTEEN: Detente (1969-1975)
Original Airdate: February 7, 1999
North Vietnam launches a new offensive against the South. The U.S. steps up its bombing campaign but seeks peace through diplomacy. Nixon and Brezhnev sign the Strategic Arms Limitation Treaty (SALT). The U.S. finally withdraws from Vietnam. Detente culminates in the Helsinki Declaration of 1975.

EPISODE EIGHTEEN: Backyard (1954-1990)
Original Airdate: February 21, 1999
The United States has always regarded Latin America as its own backyard. Fearing the spread of communism, it seeks to destabilize leftist governments. In 1973, the CIA helps overthrow Chilean president Salvador Allende; in the 1980's it supports right wing extremists in Nicaragua and El Salvador.

EPISODE TWENTY: Soldiers of God (1975-1988)
Original Airdate: March 7, 1999
Afghanistan is a war that costs the lives of almost 15,000 Soviet conscripts and an estimated one million Afghans. The United States supplies billions of dollars of weapons to unlikely allies–Islamic fundamentalists. The result is a Vietnam-style conflict which takes its toll on the Soviets and hastens the end of the Cold War.

EPISODE TWENTY-THREE: The Wall Comes Down (1989)
Original Airdate: March 28, 1999
The dominoes fall incredibly quickly: the Soviet bloc is breaking up, virtually without bloodshed. First Poland, then Hungary, then East Germany slip away from communist control. Gorbachev makes no effort to hold them back with force. Amid scenes of jubilation, the hated Berlin Wall comes down.

EPISODE TWENTY-FOUR: Conclusions (1989-1991)
Original Airdate: April 4, 1999
The U.S. proves the stronger; the Soviet Union implodes. Germany is reunified. Shorn of its empire and communist domination, Russia faces its future with its economy in chaos. The balance of terror that has kept the peace for more than 40 years vanishes. The Cold War has ended without the use of nuclear weapons. 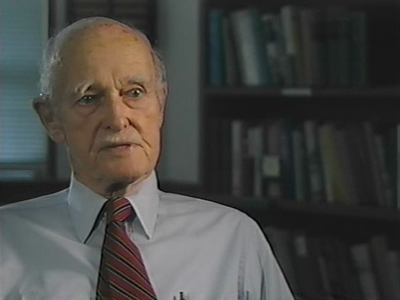 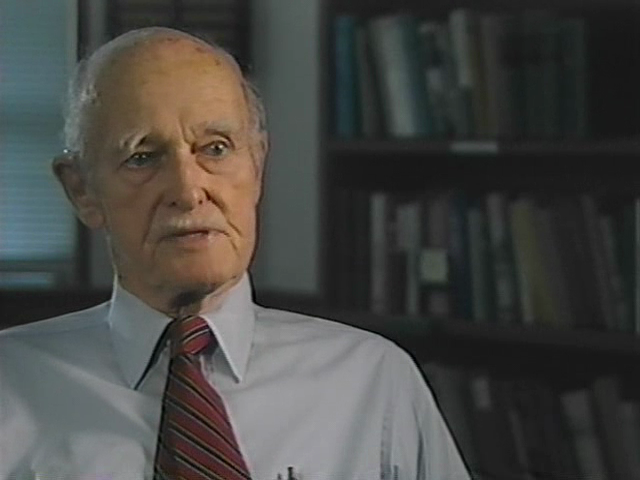 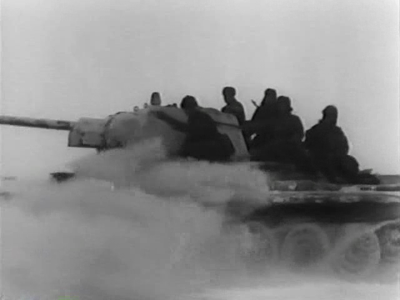 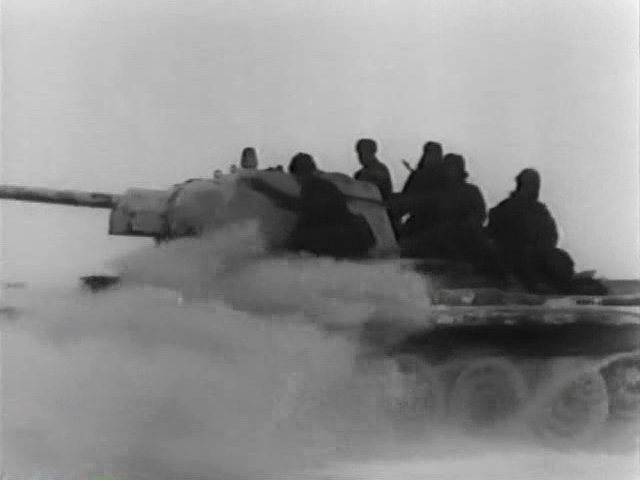 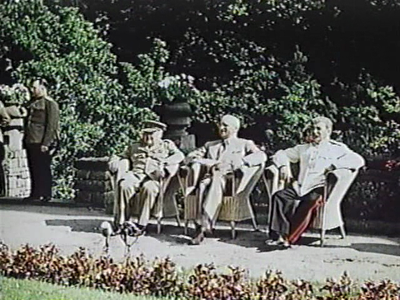 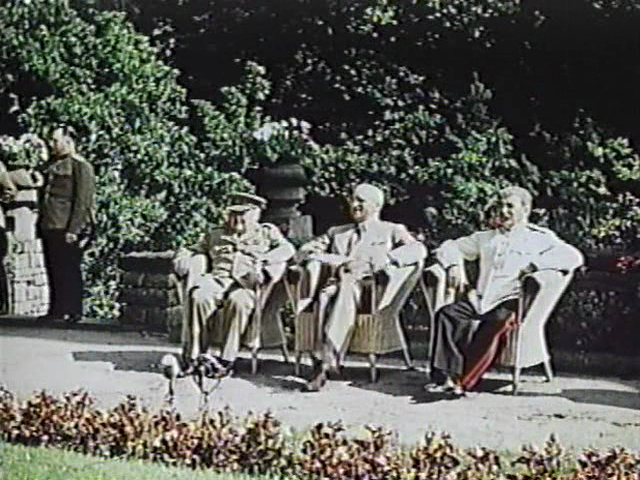 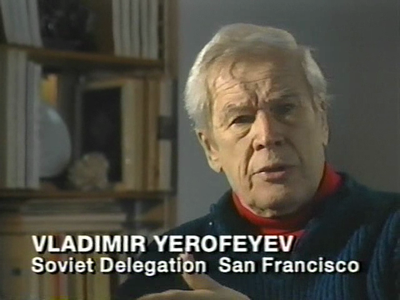 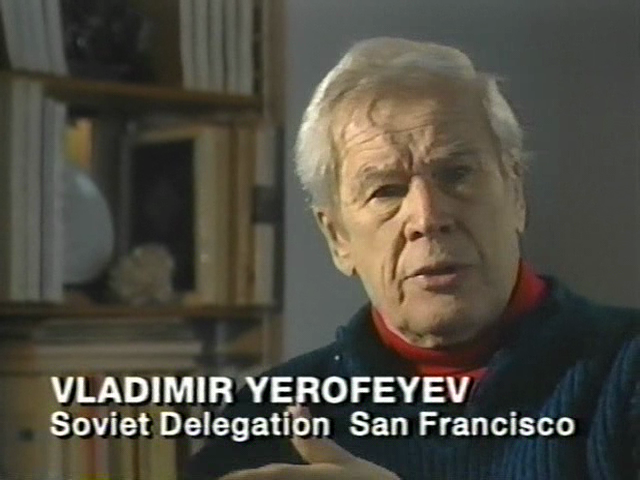 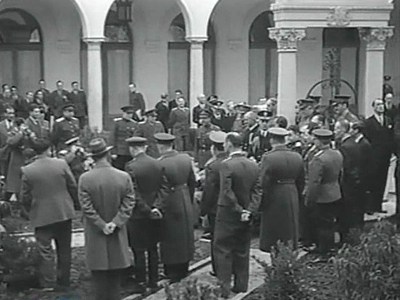 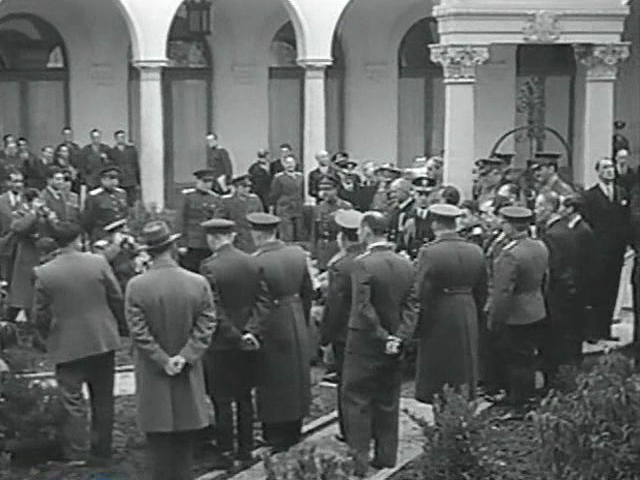