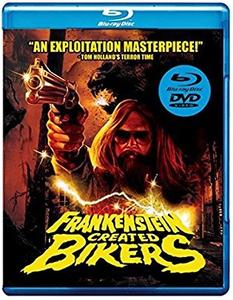 A resurrected outlaw biker finds himself addicted to the substance that brought him back from the grave. In order to get his daily fix, his gang is forced to do the bidding of two sadistic scientists attempting to capture a biological mutation and perform a human head transplant on kidnapped teenagers. When his disgruntled ex-girlfriend is released from prison, she embarks on an explosive manhunt for her former lover and his strung-out pack of degenerates. With three dysfunctional bounty hunters, a rival motorcycle gang and an army of machine-gun toting strippers, it becomes a race against law-enforcement for bragging rights to the gang leader's demise.