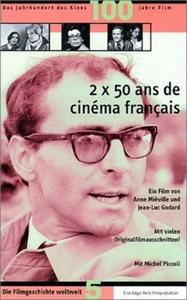 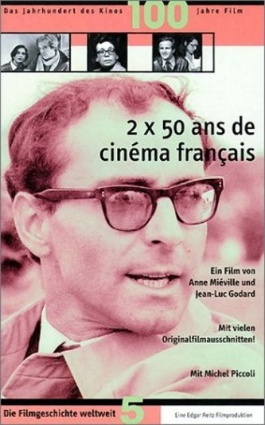 At a lakeside hotel, Michel Piccoli discusses the centennial of cinema with Jean-Luc Godard. Godard asks why should cinema's birthday be celebrated when the history of film is a forgotten subject. Through the remainder of his hotel stay, Piccoli tests Godard's hypothesis.

I managed to see this film subtitled and I enjoyed every minute of it. I love the perfect precision Godard has over Piccoli. Evertime Picolli speaks, Godard interrupts and overwrites his information with with a more profound and articulate meaning - thus leaving Piccoli anxious and frustrated, this happens quite often - absolute genius.

Also, Its really funny to see the workers (of the place the documentary is set) getting asked about trivial information on the golden age of cinema - they literally don't have a clue. I know this is a reconstruction and you can obviously tell that it is staged but it reconstructs how ignorant some people are, only knowing names like Arnold Schwarzenegger & Madonna and only hearing of films such as Pulp Fiction (because of its mainstream violence) and 9 1/2 Weeks (because of it's mainstream nudity) and how these films are publicised just because of their so-called content. This Documentary also tries to rule out the forgotten french cinema (golden-age that is) and it's true - Godard's part in the first 1/3 is worth seeing alone.

but overall, this was very interesting and anybody interested in french cinema (or cinema in general) should try and see this.