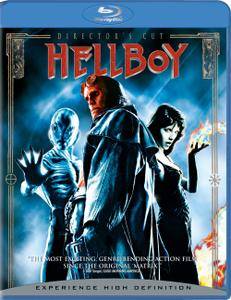 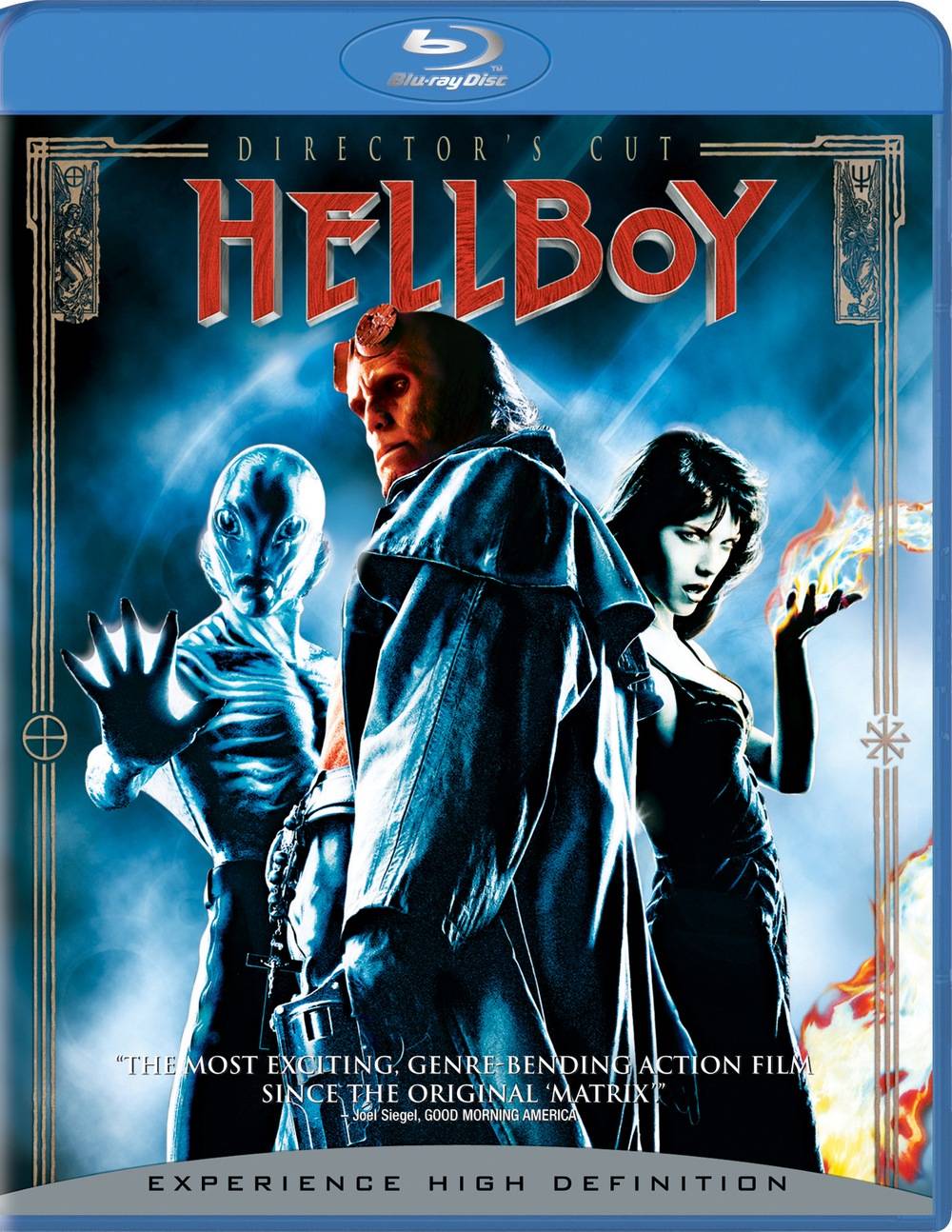 In the final days of World War II, the Nazis attempt to use black magic to aid their dying cause. The Allies raid the camp where the ceremony is taking place, but not before a demon - Hellboy - has already been conjured. Joining the Allied forces, Hellboy eventually grows to adulthood, serving the cause of good rather than evil.

I'm usually pretty skeptical about comic book to film translations thanks to such esteemed turkeys as "Captain America", "Daredevil", and "Punisher" (the early 90's version with Dolph Lundgren). But this movie, which could've been bad….. real bad, somehow found a way to be ammusing and entertaining, while at the same time staying faithful to the comics original characters, storylines, and influences.

Now this film's not gonna win any awards and isn't going to turn non-comic fans into hardcore comic maniacs but it is a great pre-summer action/adventure film with some comedy and a bit of the eccentric tossed in for good measure.

I won't go into the usual routine and start giving away plot points and story snippits. All I will say is "Go see the movie". But before you do you must take all logic, all sarcasm and cyncism and toss those all out of the car window on the way to your local cinemas. This movie has alot of things that may contradict alot of things that most people believe in, but remember, ITS JUST A MOVIE. Thats what movies are for, they are meant to take the impossible and make it possible and so on. Like I said, this movies not going to be an award winner, and won't be on any critics ten best lists, but it will be a film that you'll laugh at, and generally have fun watching. Its a great escape from the surrealistic existence that many of us live every single day. So, take my advice, go see this movie, sit back, relax, and have some fun.