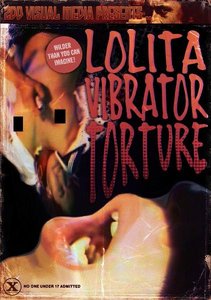 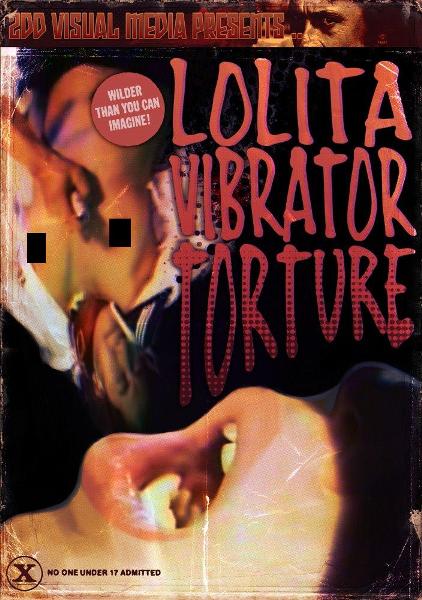 Hard to find and rough 1987 Japanese S&M trash directed by Hisayasu Sato. A demented pervert lures schoolgirls back to his place where he then ties them up and tortures them with a vibrator, which causes them to spit up blood and finally choke to death (All of which he photographs). One of his victims actually learns to like it and decides to join him on his perverse adventures by luring her schoolgirl friends back to his place where she then helps dish out the abuse! Really depraved Nikkatsu-type stuff that’s definitely worth the watch as there’s plenty of abuse, some nudity, stabbings, etc…

A perverted social outcast lures young sailor-suited virgins to the back of his truck where he torments and murders them before disposing of their corpses in an acid bath. With one, however, he meets his match. Doing for the vibrator what Tobe Hooper did for the chainsaw, this particularly disturbing portrayal of borderline-pubescent girls far more knowing than their adult male counterparts is arguably one of the most unpleasant Sadean sex fantasies ever to hit the big screen. THOUGH IT SHOULD BE POINTED OUT THAT THE ACTRESSES ARE ALL OF LEGAL AGE, the title alone of one of Japanese cinema's most notorious works (produced by Kan Mukai's Shishi Pro but distributed across the nation's pink cinemas by Nikkatsu) is pretty much guaranteed to touch a raw nerve with most. Without the sloppiness of some of the other exemplars of the ero guro extreme cinema of the era such as the Guinea Pig series or Guts of a Virgin however, what prevents the whole thing from becoming unbearable is Sato's canny mastery of technique. The bewildering surfeit of mediating devices between the viewer and the images - composites of black and white photos, pixelated close-ups of VHS screens, computer monitors, mirrored reflections - toy with the psychological mechanisms of the gaze to question the viewer's implication in this sicko technological fantasy, as well as voyeuristically probing into the anonymity of urban spaces. These visuals synthesize with the disconnected aural experimentations on the soundtrack of echoing screams, the shrill buzz of the titular instrument of torture and even the fortuitous side-effects of the post-synched sound due to the budgetary requirements of the pink film, to produce an outrageous and disorienting effect. As if the Jackson Pollock of the porn world, Sato throws us into the midst of a psycho-sexual maelstrom that rages unfettered by any notions of propriety, good taste or even the basic demands of the softcore market. Realism is not the goal here. The whole work is staged as if a piece of extreme performance art: images of writhing semi-naked bodies defaced with spray paint, wide-eyed faces vomiting blood and milky white quicklime to the stroboscopic effect of a camera flash, all set against a backdrop adorned with close-up photographic images of the distorted faces of previous victims. It is Masumura's Blind Beast finely honed for the decade of excess, the likes of which we are likely never to see produced again on such a scale. Indefensible on any rational level, to be sure, but one can't deny the power of such a vision.
Midnight Eye