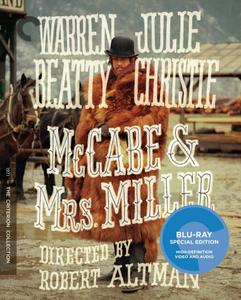 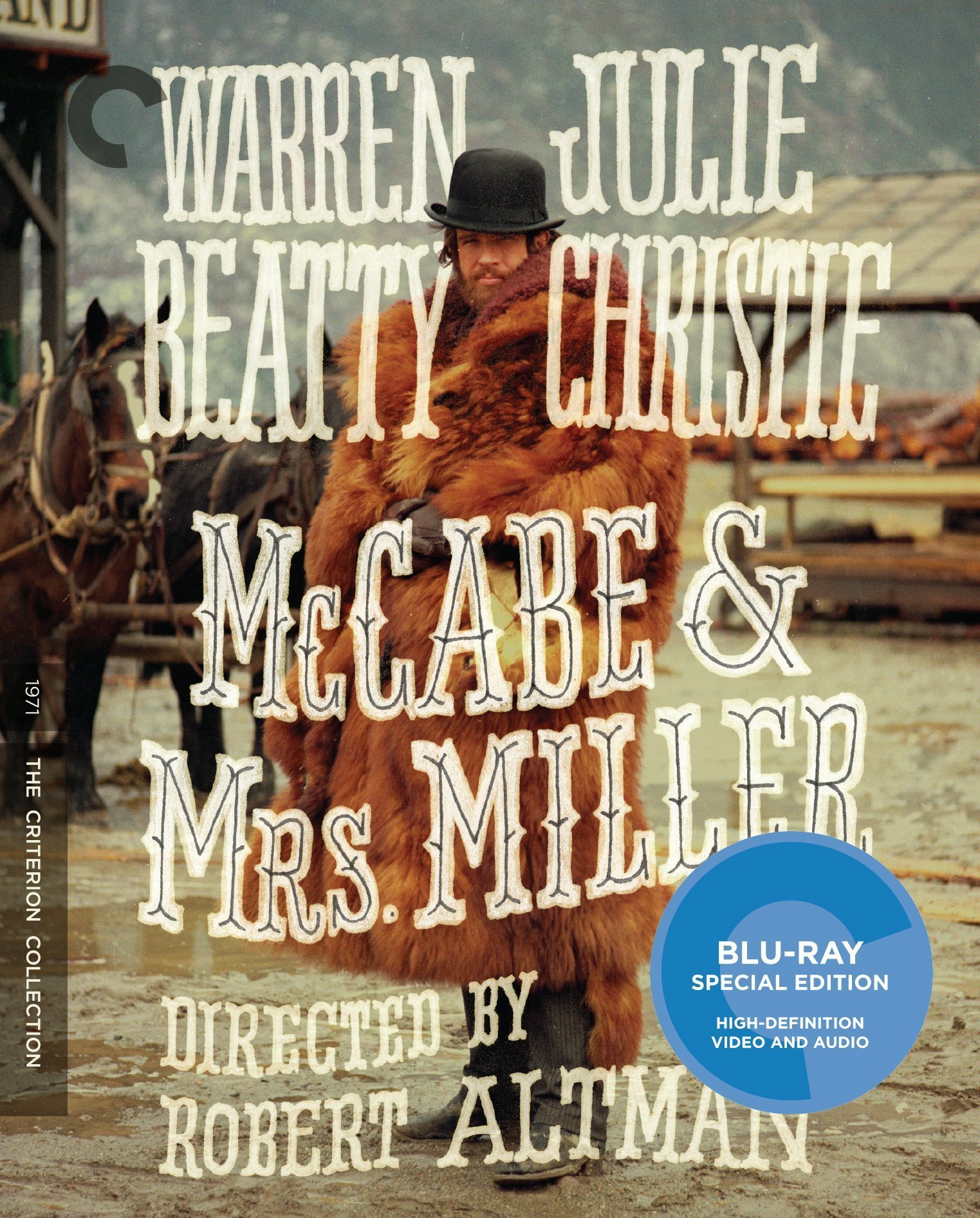 This unorthodox dream western by Robert Altman may be the most radically beautiful film to come out of the New American Cinema. It stars Warren Beatty and Julie Christie as two newcomers to the raw Pacific Northwest mining town of Presbyterian Church, who join forces to provide the miners with a superior kind of whorehouse experience. The appearance of representatives of a powerful mining company with interests of its own, however, threatens to be the undoing of their plans. With its fascinating flawed characters, evocative cinematography by the great Vilmos Zsigmond, innovative overlapping dialogue, and haunting use of Leonard Cohen songs, McCabe & Mrs. Miller brilliantly deglamorized and revitalized the most American of genres.

Audio Commentary with dierctor Robert Altman and David Foster. In it there is an abundance of information about the film's production history, the type of atmosphere it promotes and how it does it, the various conflicts between different characters, etc.

– Cari Beauchamp and Rick Jewell - in this brand new filmed conversation, film historians Cari Beauchamp and Rick Jewell discuss some of the cliches that have been used during the years to describe McCabe & Mrs. Miller, the film's unique style and structure, and its placement in Robert Altman's body of work. The conversation was filmed exclusively for Criterion in 2016 (37 min.

– Behind the Scenes - presented here is an archival featurette that chronicles the building of the Northwestern mining town that is seen in McCabe & Mrs. Miller. All of the archival footage was shot on location in British Columbia, Canada in 1970 (10 min).

– Vilmos Zsigmond - in this featurette, cinematographer Vilmos Zsigmond discusses his work with Robert Altman on McCabe & Mrs. Miller, the time period in which the film emerged, and some of the trends and creative ideas that defined it. The featurette combines footage from two archival interviews which were conducted in 2005 and 2008 (12 min).