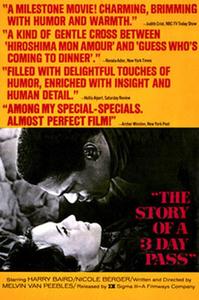 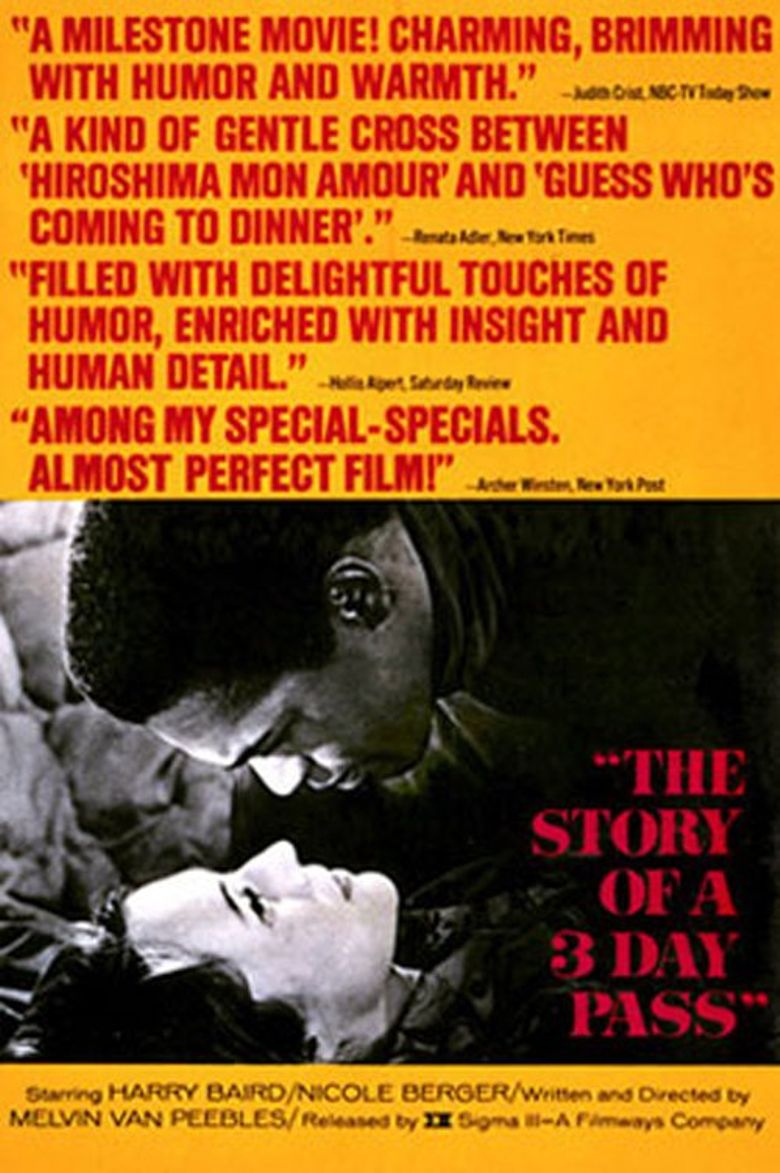 A black American soldier, Turner (Harry Baird), is given three days leave in Paris. Not knowing what to do with himself, he goes to a nightclub where he meets a French girl, Miriam (Nicole Berger). They dance together and reunite the next day to visit the seaside. Their romance blossoms; Turner rents a hotel room and Miriam calls in sick to work. But their love affair is darkened by Turner's impending departure and the specter of racial prejudice.

Burdened though it is by director Melvin Van Peebles typical editing foibles, Story of A Three Day Pass is nonetheless his greatest film, buoyed by superb performances by handsome Harry Baird, lovely doomed starlet Nicole Berger, and the unheralded Harold Brav as Baird's apoplectic commanding officer. A romantic comedy about love, racism and the United States Army, the film will raise you up only to drop you down, but it rarely resorts to cinematic cliche and will appeal to idealist and cynic alike. Beautifully shot by Michel Kelber, the film also features an absolutely top notch score which deserves some sort of recognition and is instantly atop my list of 'soundtrack most in need of a CD (re)issue'. Strongly recommended for all.