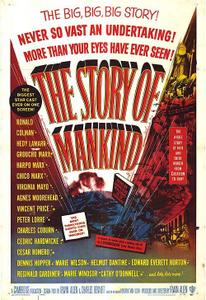 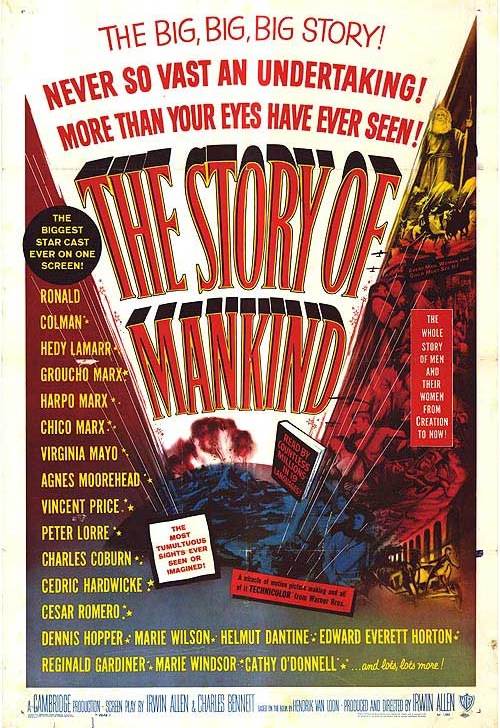 A tribunal is convened in the heavens to decide what to do now that mankind has developed the H-Bomb 60 years before it is meant to. The tribunal incarnates The Spirit of Mankind, one man who represents the average qualities of humanity, to argue the case that mankind should not be allowed to obliterate itself, while The Devil, Mr Scratch, comes to argue in favour of mankind’s baser, most destructive tendencies. To make their case, the two of them choose examples that range throughout human history, from Ancient Egypt through the Roman Empire, the Dark Ages, the Renaissance, the Discovery of the New World and the colonization of the USA, and World War II.