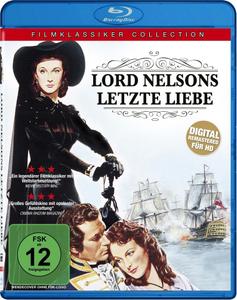 A tragic romance between Vivien Leigh and her real-life husband Laurence Olivier in their final screen pairing. Set against the backdrop of the Napoleonic Wars, the film tells the story of the scandalous adulterous affair between the British Royal Navy officer Lord Horatio Nelson and the renowned beauty and former courtesan Emma, Lady Hamilton, the wife of the British ambassador to Naples.