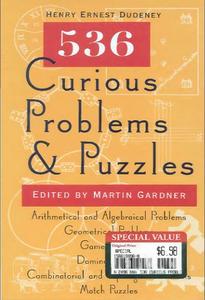 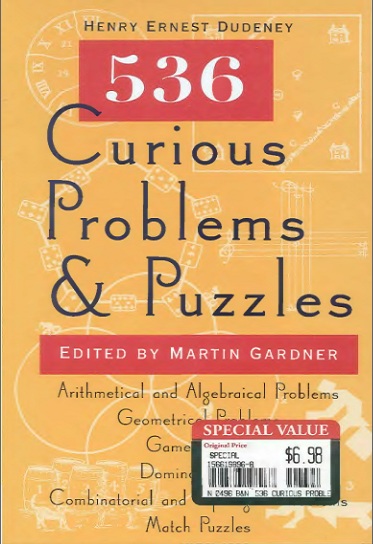 536 Curious Problems and Puzzles by Henry Ernest Dudeney
English | 1995 | ISBN: 1566198968 | 428 pages | Djvu | 4,1 MB
Reader's review:
This book of puzzles consists of problems that are mathematical or geometric in nature. A good percentage of the puzzles are clever and ingenius, and there are a lot of puzzles. These tend to be quite a bit harder than puzzles and problems in other books of this type, though, and don't lend themselves to a casual environment. You may have to sit at a desk with pencil and paper to solve most of these.

In spite of the many clever problems, there are also many obnoxious ones, too. In some cases, a problem will be explained with an illustration to demonstrate the idea but the solution will conflict with the diagram. In other cases, the "solution" will involve severe liberties with the puzzle rules. For instance: make six boxes with 12 matches… in the solution, the "sixth box" is the teeny square formed by the butt-ends of four matchsticks when arranged in a plus-shape.