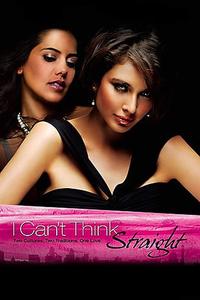 
A 2008 romance film adapted from a same name novel about a London-based Jordanian of Palestinian descent, Tala, who is preparing for an elaborate wedding. 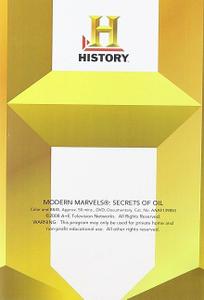 
This episode takes a look at the petroleum industry and the many products derived from oil used in the United States.
Imagine it: Rubber, plastic, nylon, aerosols, resins, solvents, & lubricants; none can exist without oil, still hailed as Black Gold. Even if we stopped driving our cars tomorrow, America would still need 5 million barrels of oil a day - more than all of Southern Europe combined. From the shirt on your back to the waxy sheen of a beautiful apple, the first secret of oil is that it's everywhere you look. Oil is used to lubricate machines, weapons, and even skin. It provides the chemical building blocks for plastics, rubber, synthetic fibers and pharmaceuticals.
Documentary
Details 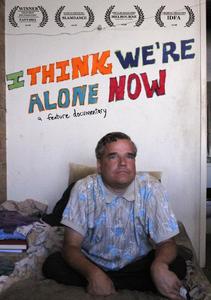 I Think We're Alone Now (2008)
WEB-DL 720p | MKV | 960 x 704 | x264 @ 3328 Kbps | 1h 3mn | 1,53 Gb
Audio: English AAC 2.0 @ 127 Kbps | Subtitles: None
Genre: Documentary | Director: Sean Donnelly
Every celebrity deals with his or her share of obsessed fans. "I Think We're Alone Now" is a documentary that focuses on two individuals, Jeff and Kelly, who claim to be in love with the 80's pop singer Tiffany. Jeff Turner, a 50-year-old man from Santa Cruz, California has attended Tiffany concerts since 1988. Diagnosed with Asperger's syndrome, he never had a girlfriend. Jeff spends his days hanging out on the streets of Santa Cruz, striking up conversations with anyone who has a moment to spare. Kelly McCormick is a 38-year-old hermaphrodite from Denver, Colorado, who claims to have been friends with Tiffany as a teenager…..
2008 Documentary Sean Donnelly
Details 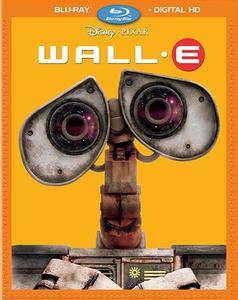 WALL·E (2008)
BDRip 720p | MKV | 1280 x 720 | x264 @ 1950 Kbps | 1h 38m | 1,91 Gb
Audio: English AC3 5.1 @ 448 Kbps + 2 Commentary track | Subtitles: English
Genre: Animation, Adventure, Sci-Fi | Director: Andrew Stanton
After hundreds of lonely years of doing what he was built for, WALL•E (short for Waste Allocation Load Lifter Earth-Class) discovers a new purpose in life (besides collecting knick- knacks) when he meets a sleek search robot named EVE. EVE comes to realize that WALL•E has inadvertently stumbled upon the key to the planet's future, and races back to space to report her findings to the humans (who have been eagerly awaiting word that it is safe to return home). Meanwhile, WALL•E chases EVE across the galaxy.
2008 Adventure Andrew Stanton Animation Family Sci-Fi
Details 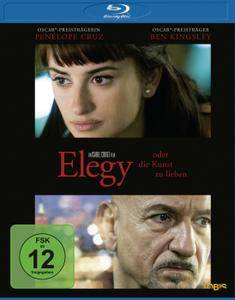 Elegy (2008)
BDRip 720p | MKV | 1280 x 720 | x264 @ 2560 Kbps | 1h 47mn | 2,40 Gb
Audio: English AC3 5.1 @ 448 Kbps + Commentary track | Subtitles: English
Genre: Drama, Romance | Director: Isabel Coixet
David Kepesh is growing old. He's a professor of literature, a student of American hedonism, and an amateur musician and photographer. When he finds a student attractive, Consuela, a 24-year-old Cuban, he sets out to seduce her. Along the way, he swims in deeper feelings, maybe he's drowning. She presses him to sort out what he wants from her, and a relationship develops. They talk of traveling. He confides in his friend, George, a poet long-married, who advises David to grow up and grow old. She invites him to meet her family. His own son, from a long-ended marriage, confronts him. Is the elegy for lost relationships, lost possibilities, beauty and time passing, or failure of nerve?
2008 Ben Kingsley Drama Isabel Coixet Penélope Cruz Romance
Details 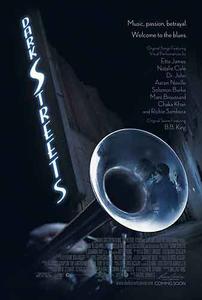 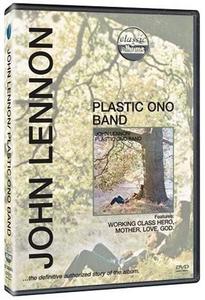 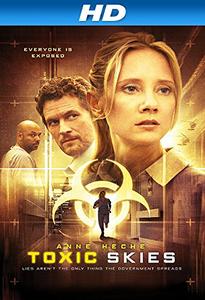 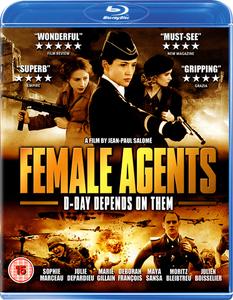 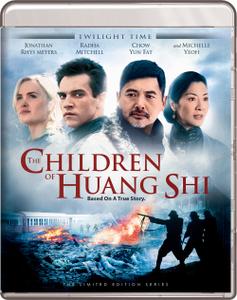 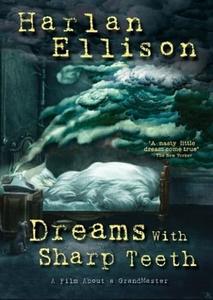 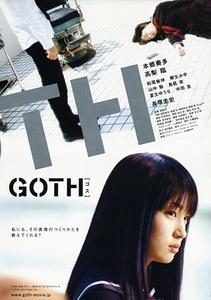 Goth (2008)
DVDRip | MKV | 720x464 | x264 @ 1873 Kbps | 96 min | 1,37 Gb
Audio: Japanese (日本語) AC3 2.0 @ 192 Kbps | Subs: English, Arabic (العربية)
Genre: Horror, Mystery, Thriller
Set in the faceless suburbs of Tokyo, a serial killer has been murdering young women, severing their left hands and leaving their bodies artistically posed in easy to find locations. His antics catch the eye of two high school students, the beautiful loner Morni (Rin Takanashi) and the popular, seemingly-happy Kamiyama (Kanata Hongo). Both teens harbor a disturbing fascination with death, murder and human cruelty. After Morino finds what she believes to be the killer's notebook, the two attempt to track him down, not to bring him t justice, but to be able to see the corpses before the police. Inevitably, the closer they come to the killer and his victims, the more they put themselves at risk, testing the limits of their shared obsession.
2008 Gen Takahashi Horror Japanese Mystery Thriller
Details 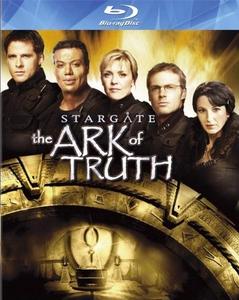 Stargate: The Ark of Truth (2008)
BDRip 720p | MKV | 1280 x 720 | x264 @ 2560 Kbps | 1h 41mn | 2,30 Gb
Audio: English AC3 5.1 @ 448 Kbps + Commentary track | Subtitles: English
Genre: Action, Adventure, Sci-fi | Director: Robert C. Cooper
SG-1 searches for an ancient weapon which could help them defeat the Ori, and discover it may be in the Ori's own home galaxy. As the Ori prepare to send ships through to the Milky Way to attack Earth, SG-1 travels to the Ori galaxy aboard the Odyssey. The International Oversight committee has their own plans and SG-1 finds themselves in a distant galaxy fighting two powerful enemies.
2008 Action Adventure Beau Bridges Robert C. Cooper Sci-Fi SG-1 Stargate TV Movie
Details 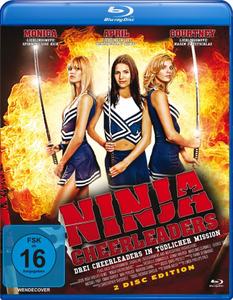 Ninja Cheerleaders (2008)
BDRip 720p | MKV | 1280 x 720 | x264 @ 2560 Kbps | 1h 21mn | 1,57 Gb
Audio: English AC3 2.0 @ 192 Kbps | Subtitles: None
Genre: Action, Comedy | Director: David Presley
April, Courtney and Monica are three beautiful, intelligent and tough college freshmen. They are finishing their first semester at Los Lomas Malas community college, the armpit of community college's. They must do well on finals to gain entrance to an Ivy League University, cheer at the big game and rescue their Sensei, who has been kidnapped by the mob, all by midnight so they can compete in the all-city strip off with the hopes of winning college money. All the while, dodging nosy cops, keeping their parents at bay, dealing with a perverted coach and smiling, talking or fighting their way through a slew of odd characters.
Action Comedy 2008 David Presley
Details 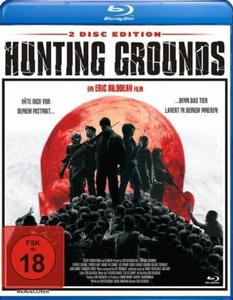 Hunting Grounds (2008)
BDRip 720p | MKV | 1280 x 720 | x264 @ 2560 Kbps | 1h 32mn | 1,79 Gb
Audio: English AC3 2.0 @ 192 Kbps | Subtitles: None
Genre: Horror, Sci-Fi | Director: Eric Bilodeau
In the future, nature is restricted and virtual games provide both the landscapes and the hunting grounds. A group of hunters will make it outside for a traditional hunt. Little do they know about what awaits them in the wild and how it will inevitably affect them. Set in the beautiful Canadian wilderness, in the French speaking province of Quebec, prepare to see a future, not so far from ours, where reality is somewhat more complex and intricate since the virtual world has reached an unprecedented level of reality that can easily fool your senses.
Horror 2008 Sci-Fi Eric Bilodeau Canada
Details
Publication archive