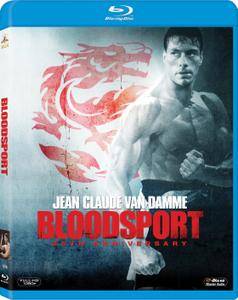 Frank Dux has spent most his life being trained by Tanaka to participate in the Kumite, the ultimate martial arts tournament, where participants are seriously injured, even killed. Frank decides to go despite being told by his superiors in the army that he can't because they need him. Two army officers are sent to get him and the trail leads to Hong Kong but Frank eludes them. While Frank advances, he knows that he may have to face Chong Li, the defending champion, who has killed a few participants. 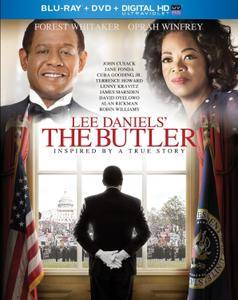 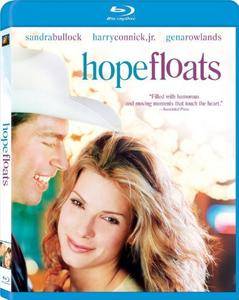 Hope Floats (1998)
BDRip 720p | MKV | 1280 x 692 | x264 @ 2250 Kbps | 1h 54mn | 2,16 Gb
Audio: English AC3 5.1 @ 448 Kbps | Subs: English (embedded)
Genre: Drama, Romance | Director: Forest Whitaker
Birdee Calvert-Pruitt is back in her hometown of Smithville, Texas, after discovering that her husband is having an affair with her best friend, Connie. The entire town knows what happened to flawless beauty Birdee since Connie let her know about the affair on a national talk show. Back in town, she's dealing with catty old friends and acquaintances from high school who can't help rubbing it in her face that she isn't as perfect as she thought while still trying to get back on her feet with her daughter, Bernice. Deeply depressed, she runs into an old friend, Justin Matisse, who tries to help her through, but is still in love with her. Birdee must make a new life for her and her daughter, but will Justin be able to be part of it?
1998 Drama Forest Whitaker Michael Paré Romance Sandra Bullock
Details 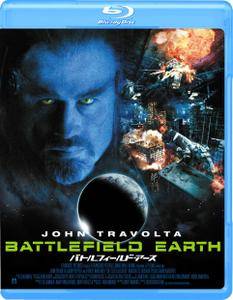 Battlefield Earth (2000)
BDRip 720p | MKV | 1280 x 720 | x264 @ 2560 Kbps | 1h 59mn | 2,50 Gb
Audio: English AC3 5.1 @ 448 Kbps | Subtitles: English (embedded)
Genre: Action, Adventure, Sci-Fi | Director: Roger Christian
In the year 3000, humanity is no match for the Psychlos, a greedy, manipulative race on a quest for ultimate profit. Led by the seductive and powerful Terl, the Psychlos are stripping Earth of its resources, using the broken remnants of humanity as slaves. What is left of the human race has reverted to a primitive state, believing the invaders to be demons and technology to be evil. After humanity has all but given up any hope of freeing themselves from alien oppression, a young man named Tyler decides to leave his desolate home high in the Rocky Mountains to discover the truth, whereupon he is captured and enslaved. It is then that he decides to fight back, leading his fellow man in one final struggle for freedom.
2000 Action Adventure Forest Whitaker John Travolta Roger Christian Sci-Fi
Details 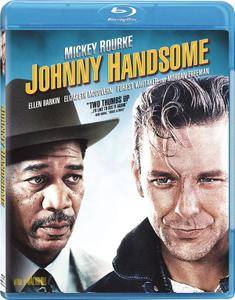 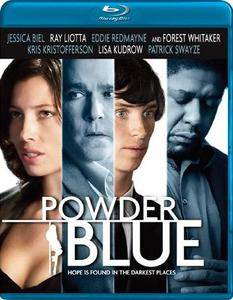 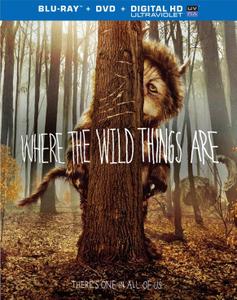 Where the Wild Things Are (2009) + Extras
BDRip 720p | MKV | 1280 x 720 | x264 @ 2560 Kbps | 1h 41mn | 2,12 Gb + 770 Mb
Audio: English AC3 5.1 @ 448 Kbps | Subtitles: English (embedded)
Genre: Adventure, Fantasy | Director: Spike Jonze
A young boy named Max has an active imagination, and he will throw fits if others don't go along with what he wants. Max - following an incident with Claire (his sister) and her friends, and following a tantrum which he throws as a result of his Mother paying more attention to her boyfriend than to him - runs away from home. Wearing his wolf costume at the time, Max not only runs away physically, but runs toward a world in his imagination. This world, an ocean away, is inhabited by large wild beasts, including one named Carol who is much like Max himself in temperament. Instead of eating Max like they normally would with creatures of his type, the wild things befriend Max after he proclaims himself a king who can magically solve all their problems.
2009 Adventure Catherine O'Hara Fantasy Forest Whitaker Spike Jonze
Details 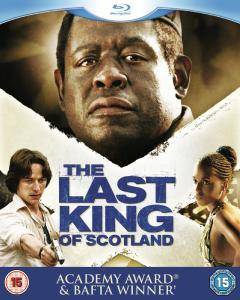 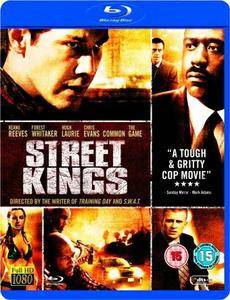 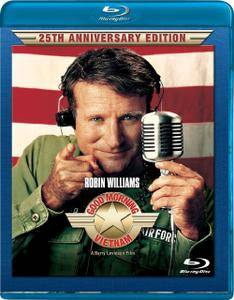 Good Morning Vietnam (1987)
BRRip 720p | MKV | 1280 x 694 | x264 @ 2024 Kbps | 2h 1mn | 1,87 Gb
Audio: English AC3 5.1 @ 192 Kbps | Subtitles: English (embedded)
Genre: Comedy, Drama, War | Director: Barry Levinson
A new Disc Jockey is shipped from Crete to Vietnam to bring humor to Armed Forces Radio. He turns the studio on its ear and becomes wildly popular with the troops but runs afoul of the middle management who think he isn't G.I. enough. While he is off the air, he tries to meet Vietnamese especially girls, and begins to have brushes with the real war that never appears on the radio.
1987 Barry Levinson Comedy Drama Forest Whitaker Robin Williams War
Details 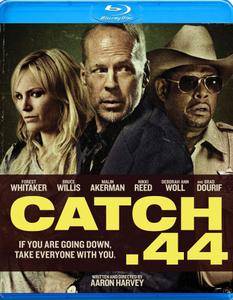 Catch .44 (2011)
BDRip 720p | MKV | 1280 x 720 | x264 @ 2048 Kbps | 1h 33mn | 1,76 Gb
Audio: English AC3 5.1 @ 640 Kbps | Subtitles: English (embedded)
Genre: Action, Crime, Drama | Director: Aaron Harvey
For Tes (Akerman) and her two cohorts Kara (Nikki Reed) and Dawn (Deborah Ann Woll), the job sounded simple enough: intercept a double-cross drug shipment for their crime boss Mel (Willis) at an isolated diner. But when an unstoppable chain of events unfolds, everyone soon realizes no one is who they seem and the job may be something other than eliminating the competition. What started as simple instructions has now turned into a deadly cat-and-mouse game - with large guns pointed at everyone.
Action Drama 2011 Crime Aaron Harvey Forest Whitaker Bruce Willis
Details 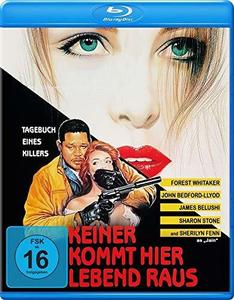 Diary of a Hitman (1991)
BDRip 720p | MKV | 1280 x 720 | x264 @ 2560 Kbps | 1h 30mn | 1,74 Gb
Audio: English AC3 2.0 @ 192 Kbps | Subtitles: English (embedded)
Genre: Crime, Drama | Director: Roy London
A veteran hit man, Dekker (Forest Whitaker) is ready to call it quits and leave the profession. Dekker's final job, however, proves to be trickier than expected when the sadistic Zidzyck (Lewis Smith) recruits the assassin to kill his wife, Jain (Sherilyn Fenn), along with the couple's baby. While Dekker has a change of heart and resolves not to shoot Jain and her child, his decision places all their lives in danger, since Zidzyck has dispatched another killer to perform the task.
1991 Crime Drama Forest Whitaker Sharon Stone Sherilyn Fenn
Details 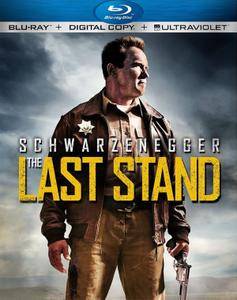 The Last Stand (2013)
BDRip 720p | MKV | 1280 x 720 | x264 @ 2048 Kbps | 1h 47mn | 1,87 Gb
Audio: English AC3 5.1 @ 448 Kbps | Subs: English (embedded)
Genre: Action, Crime, Thriller | Director: Jee-woon Kim
Once a narcotics officer in the LAPD, Ray Owens (Arnold Schwarzenegger) has settled into a peaceful life as sheriff of Sommerton Junction, a quiet border town. But that peace is shattered when Gabriel Cortez, a vicious crime lord, escapes from FBI custody and speeds toward Ray's town with a band of mercenaries. Federal agents prepare to capture Cortez, and Ray is at first reluctant to get involved – but he soon finds he must rally his team and take matters into his own hands.
2013 Action Arnold Schwarzenegger Crime Forest Whitaker Thriller
Details 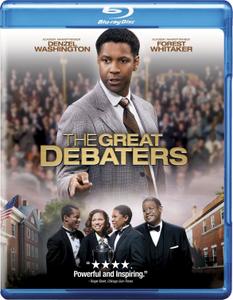 The Great Debaters (2007)
BDRip 720p | MKV | 1280 x 720 | x264 @ 2560 Kbps | 2h 6mn | 2,66 Gb
Audio: English AC3 5.1 @ 448 Kbps | Subtitles: English (embedded)
Genre: Drama, Romance | Director: Denzel Washington
Marshall, Texas, described by James Farmer, Jr. as "the last city to surrender after the Civil War," is home to Wiley College, where, in 1935-36, inspired by the Harlem Renaissance and his clandestine work as a union organizer, Professor Melvin Tolson coaches the debate team to a nearly-undefeated season that sees the first debate between U.S. students from white and Negro colleges and ends with an invitation to face Harvard University's national champions. The team of four, which includes a female student and a very young James Farmer, is tested in a crucible heated by Jim Crow, sexism, a lynch mob, an arrest and near riot, a love affair, jealousy, and a national radio audience.
Denzel Washington Forest Whitaker Kimberly Elise Drama Romance 2007
Details 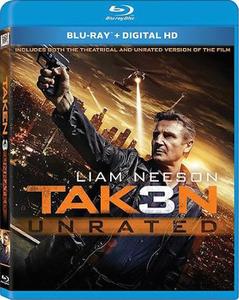 Taken 3 (2014)
BDRip 720p | MKV | 1280 x 720 | x264 @ 2560 Kbps | 1h 55mn | 2,42 Gb
Audio: English AC3 5.1 @ 448 Kbps | Subtitles: English (embedded)
Genre: Action, Thriller | Director: Olivier Megaton
Liam Neeson returns as ex-covert operative Bryan Mills, whose long awaited reconciliation with his ex-wife is tragically cut short when she is brutally murdered. Consumed with rage, and framed for the crime, he goes on the run to evade the relentless pursuit of the CIA, FBI and the police. For one last time, Mills must use his "particular set of skills," to track down the real killers, exact his unique brand of justice, and protect the only thing that matters to him now - his daughter.
Action Thriller 2014 Liam Neeson Forest Whitaker Maggie Grace
Details
Publication archive