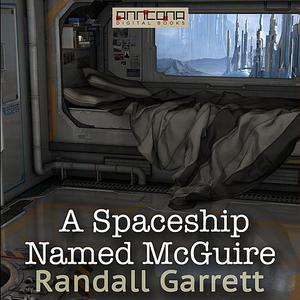 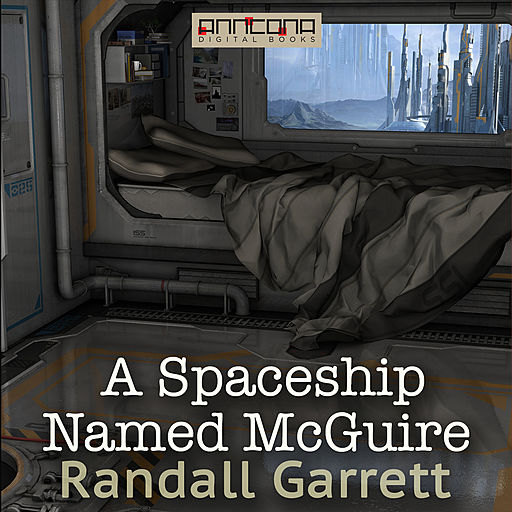 A Spaceship Named McGuire is a science fiction novella by Randal Garrett, first published in 1961.

The basic trouble with McGuire was that, though "he" was a robot spaceship, nevertheless "he" had a definite weakness that a man might understand….

Can a spaceship go crazy? Well, yes it can if it has a brain. And the new MG (MagnetoGravitic drive) experimental robot space ship does indeed have a 'brain'.

Completely bewildered as to why the first six models of their supposedly perfect new ship model, the MG-YR, nicknamed the McGuire, have gone totally bonkers after activation and before they could ever be used, the company has called in the services of Daniel Oak. They suspect sabotage of course.

Daniel Oak is the hard boiled private investigator with nerves of steel and a mind of the same substance. He is extremely expensive to hire but gets results; and he knows his way around crime, space ships and especially women. What he finds out is surprising!

Randall Garrett (1927-1987) was an American science fiction and fantasy author. He was a prolific contributor to Astounding and other science fiction magazines of the 1950s and 1960s. He instructed Robert Silverberg in the techniques of selling large quantities of action-adventure science fiction, and collaborated with him on two novels about Earth bringing civilization to an alien planet.