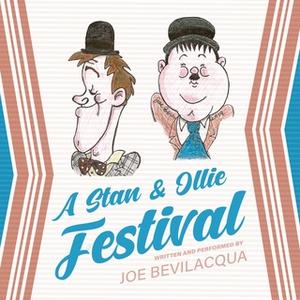 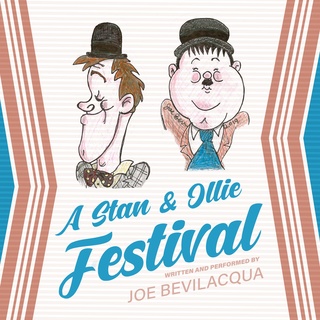 A Stan & Ollie Festival is a hilarious collection of tributes, parodies and rarities of the Laurel & Hardy comedy team-written, produced and performed by Joe Bev. Bonus tracks feature remastered clips of their classic performances on radio, stage and screen.

Included in this set:
For the Freedom of the World
Fatherland Security Officers
A Pilgrim's Progress
The Courtship of Miles Standish
Ollie Ox and Stanley Frog
For the Birds
Deconstructing Laurel and Hardy
Knuclear Knuckleheads
Mr. Slater's Poultry Market
The Marriage of Stan Laurel
The Driver's License

Stan Laurel and Oliver Hardy were a popular comedy duo during early classic Hollywood. Between 1927 and 1955, they performed their unique brand of slapstick, wearing their iconic bowler hats, to the silly tune of "Dance of the Cuckoos," with Laurel the childlike friend of pompous Hardy. They appeared as a team in 107 films, starring in 32 short silent films, 40 short sound films, and 23 full-length feature films still popular around the world today.