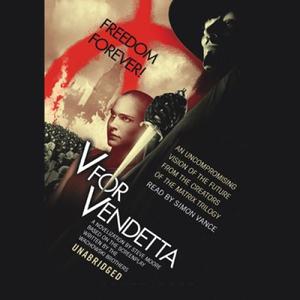 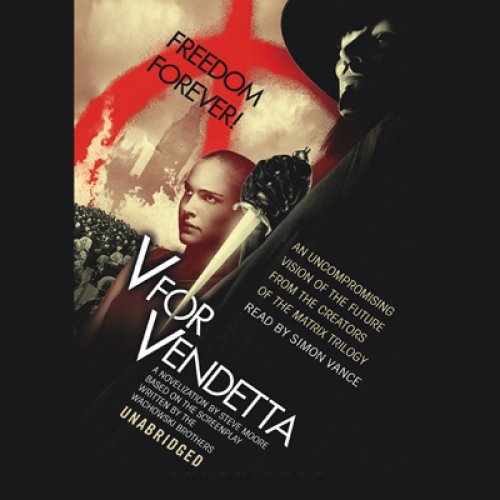 
Remember, Remember the Fifth of NovemberImagine a Britain stripped of democracy, a world of the not-too-distant future in which freedom has been surrendered willingly to a totalitarian regime which rose to power by exploiting the people's worst fears and most damning weaknesses.

This is the setting for the parable of Evey, a young woman saved from death by a masked man calling himself V. Beguiling and dangerous, V ignites the fuse of revolution when he urges his fellow citizens to shed the blanket of tyranny and oppression that they have permitted themselves to be cloaked in. While those in power take steps to neutralize the threat, police pursue the mystery of V, unaware of the terrible truth that awaits them. But it is Evey who, with V as her enigmatic guide, sets out on the painful path of deception and self-discovery, deconstruction and re-creation, vindication and vengeance.

Novelization by Steve Moore, based on the graphic novel illustrated by David Lloyd and published by Vertigo/DC Comics. Based on the screenplay written by the Wachowski Brothers.